The United States Marine Corps owns a stretch of Route 66 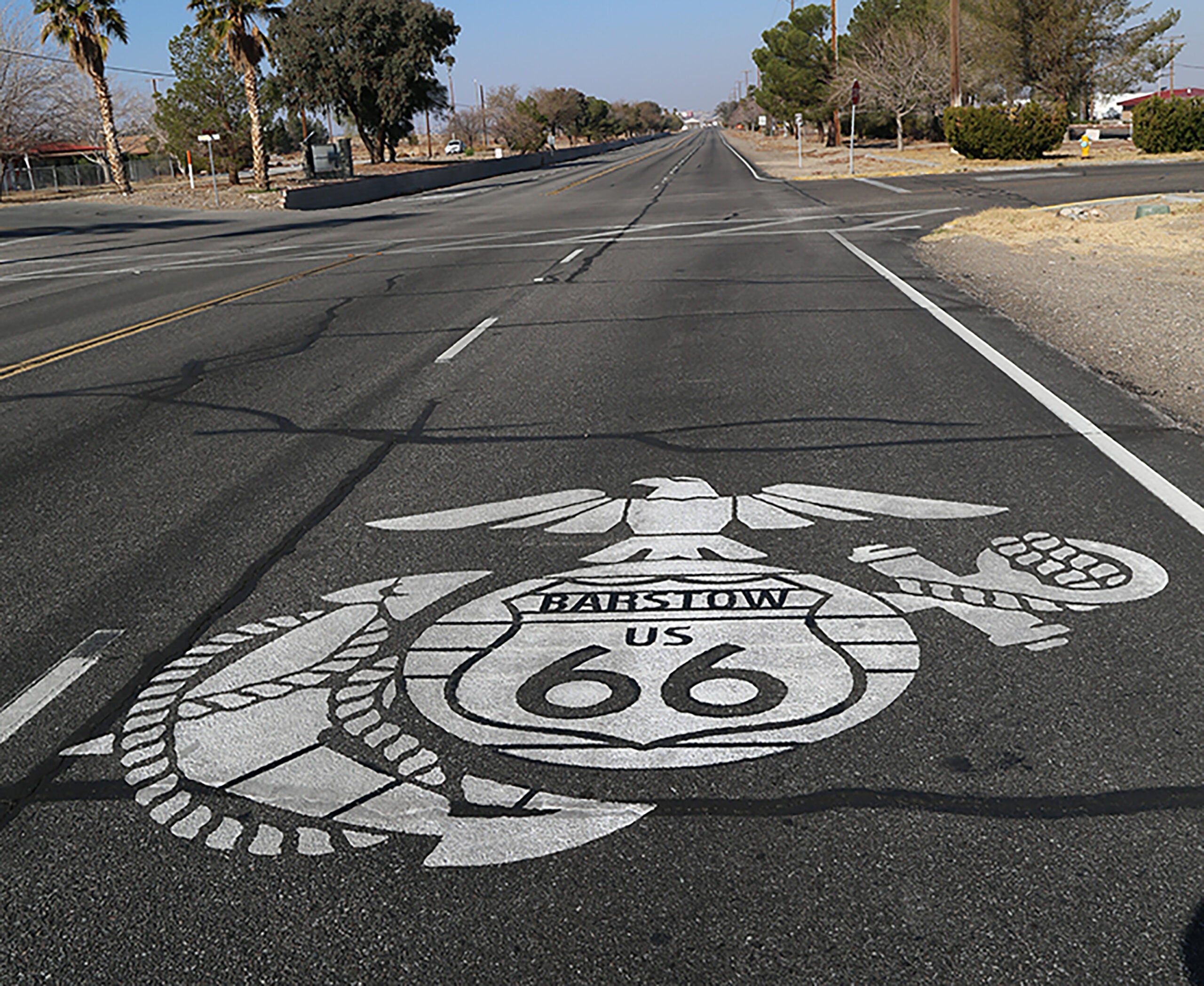 America’s iconic Route 66 has quite a connection to the Marine Corps. It was Bobby Troup, Jr., a Marine Captain who served during WWII, who wrote the famous song “Route 66.” Beyond that, the Marine Corps actually owns part of the famous highway in Barstow, California.

Following WWI, the U.S. War Department identified the American southwest as the ideal region of the country to build new bases. Land was plentiful, isolated, and the dry environment allowed for year-round training. The completion of U.S. Highway 66, also known as Route 66, shortly before America’s entry into WWII assisted this targeted buildup.

As an improved highway, Route 66 could be driven in all weather. Linking Chicago to Los Angeles, it supported the transportation of troops, equipment, and supplies across the country. In 1942, Marine Corps Logistics Base Barstow was established alongside Route 66. MCLB Barstow grew around the critical road which was named Joseph L. Boll Avenue on base.

The 1.71-mile stretch of Route 66 aboard MCLB Barstow was accessible by the public until 1964 when Interstate 40 was constructed, bypassing The Mother Road. Notably, MCLB Barstow is the only military installation with an original stretch of the famous road running through it. As a result, the base initiated a Route 66 project to bring awareness to this bit of history.

In addition to erecting “Historic Route 66” signs and marquees with information kiosks, Environmental Director Jason Thompson sought to design a Route 66 shield that incorporated the Marine Eagle, Globe, and Anchor. To modify the Marine Corps’ sacred emblem was no small task and required approval from Headquarters Marine Corps’ Licensing and Trademark Office. However, Thompson succeeded and the new logo is now stenciled on Joseph L. Boll Ave., the 1.71-mile bit of historic Route 66 on a Marine Corps base.