Have you seen the Abandoned B29 Bomber Airfield in Herington? - We Are The Mighty

Have you seen the Abandoned B29 Bomber Airfield in Herington? 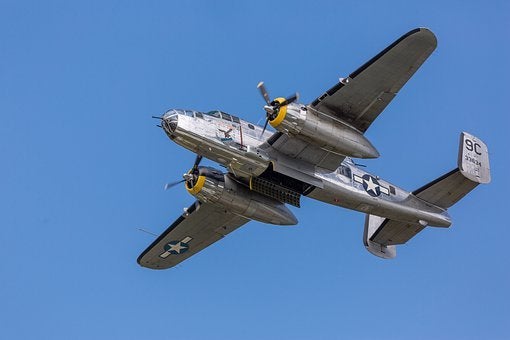 Once the US entered World War II, the government did not have any time to waste in getting new air bases and training facilities up and running. One of such bases was a short eight miles outside of Herington Kansas: the Herington Army Airfield. Construction on the base began in September 1942 with completion just 14 months later. One minute it was a grassy prairie and the next, a rumbling concrete jungle. Who would have thought?

Herington’s Path from Rags to Riches

Herington Army Airfield’s original purpose was to serve as an Interceptor Command Base for B-17 and B-24 Bombers from the Wichita Boeing Assembling Plant. But by June 1944, Herington kicked it up a notch and was transformed into one of the most powerful Air Bases of World War II.

They expanded the runways for B-29 Superfortress bombers, the largest, most devastating war machines the world had ever seen. The rapid building, modification, and delivery of tons and tons of B-29’s was nicknamed the Battle of Kansas, in part because of all the technical issues these massive aircraft faced in their production. Also, it was up to the already overworked, tired personnel at Herington and other Kansas airfields to get these machines up and running.

But Herington exceeded expectations. Of all the B-29’s that went to war, 60 percent were processed at Herington. At its height, it processed an average of 76 aircraft and 86 crews per month. It was a B-29 processed by Herington, the Enola Gay, which dropped the atomic bombs on Hiroshima and Nagasaki and ended the war once and for all. In other words, Herington was as essential to the war as they come.

Herington served the people of the US in more ways than providing top-notch fighter planes and crews, however. The war effort turned Herington from a sad Depression town into a booming hotspot in the middle of Kansas. Farmers, housewives, and high schoolers all had to go to work to support the base. People opened their homes and turned spare bedrooms into spaces to accommodate Airmen and their sweethearts.

Then suddenly, the war ended, and Herington Army Airfield was shut down and considered surplus war property. Still, plenty of its structures were salvaged for reuse. This includes buildings that were transformed from housing for troops to housing for farm animals. Next, the infirmary turned into Herington’s municipal hospital. Beech Aircraft Corporation bought the runways for airplane manufacturing. When Beech left Herington in 1960, the former base was all but forgotten for many years. It wasn’t until 1988 when an entrepreneur from California bought the derelict north-end hangar for his company Military Aircraft Restoration Corporation and poured money into its restoration. Today, it technically still serves as a place to restore old warbirds, though sadly, production is now at an indefinite standstill and Mother Nature is slowly taking the area back over as her own.

Related: Here’s what it’s like to train for the Air Force’s elite