A single French airplane bombed Berlin before the Fall of France

A single French airplane bombed Berlin before the fall of France 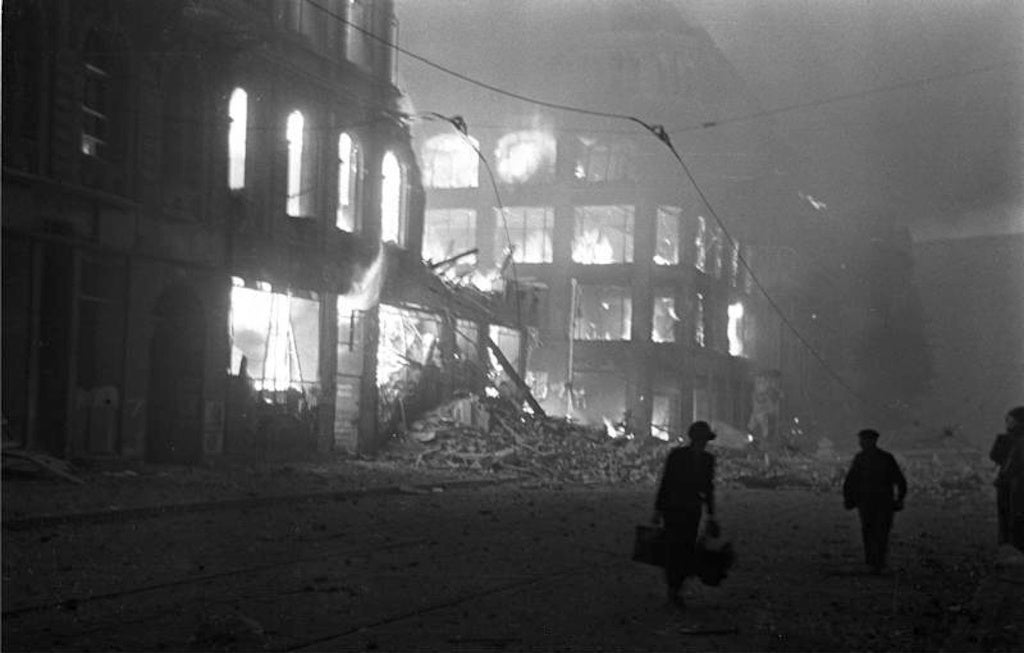 By June 7, 1940, France was fighting for its life. On May 10th of that year, Nazi Germany invaded Belgium and the Netherlands along with France and quickly overwhelmed all three. On June 10th, Fascist Italy joined in on the invasion. British, French, and Belgian forces found themselves outmaneuvered and on the run from the advancing Germans, the Maginot Line was outflanked and the Germans were advancing on Paris.

There were very few bright spots for the Allied armies in the wake of the German invasion. The most astonishing actually came from the French Navy. One of their naval aviators, alone and unescorted, flew an outdated propeller aircraft with eight bombs and struck the German capital from the air.

The French ​​Farman F.233 airliner was slow and already obsolete by the time it entered service with the French Navy. It also had all of the maneuverability of a shopping cart. The advantages it did have, however, was a high ceiling and an extremely long range for the time period. The French only had three such planes and converted one of them, named the Jules Verne, into a bomber.

With a six-man crew, the Jules Verne began bombing German formations in an attempt to slow down the Nazi lightning war along the bridges that linked Germany with the rest of Western Europe. Much of the French Army, along with the British Expeditionary Force had already fled from France’s shores at Dunkirk by June 4, 1940, so the remnants of the French defenses were on their own. Still, they fought on.

Commander of the Jules Verne, Corvette Capt. Dalliere, decided to hit targets inside Germany itself, beginning with the Heinkel factories in Rostock, along Germany’s north coast. French Naval leadership then ordered Dalliere to make a symbolic strike against the German capital. Rostock’s location deep inside the German heartland and the success of his previous bombing mission convinced Dalliere that an attack on Berlin itself was possible.

There was no way that a single, antiquated fighter carrying eight 250-pound bombs was going to make a difference in the German war effort, but the Germans had just launched Operation Paula on June 3rd. It was a coordinated attack against the French Air Force, using 1,100 German aircraft in a concerted attempt to destroy the French Air Forces.

From an airfield in Bordeaux, the Jules Verne took off for Berlin, armed with just one 7.5 millimeter machine gun for its own defense. It was alone, with no fighter escort, headed for one of the most heavily guarded cities in the world. It arrived completely unimpeded. No German flak guns ever opened on it before it arrived in Berlin and it never saw a single Luftwaffe (German Air Force) airplane.

It began its attack run by making a false approach into Tempelhof Air Base, coming from a direction where the Germans would not expect an inbound enemy aircraft. After its fake approach, the Jules Verne circled around the city and dropped to 300 feet, making a beeline for the Siemens factory in the German capital. Once it identified its target, it made the attack run in two phases, the first was its normal payload of eight 250-pound bombs. The second phase was another eight incendiary bombs, weighing little more than 30 pounds each, and dropped from the plane by hand from two crew members.

The first bomb activated the German air defenses. Searchlights switched on across the city, but the Jules Verne was able to complete its bombing run and escape Berlin’s airspace. The Only complication it had as it flew back to an airfield in Orly, France, was a flak attack over Cologne. The entire flight lasted 13 hours and 40 minutes.