Why British paratroopers relied on the ingenious Gammon bomb 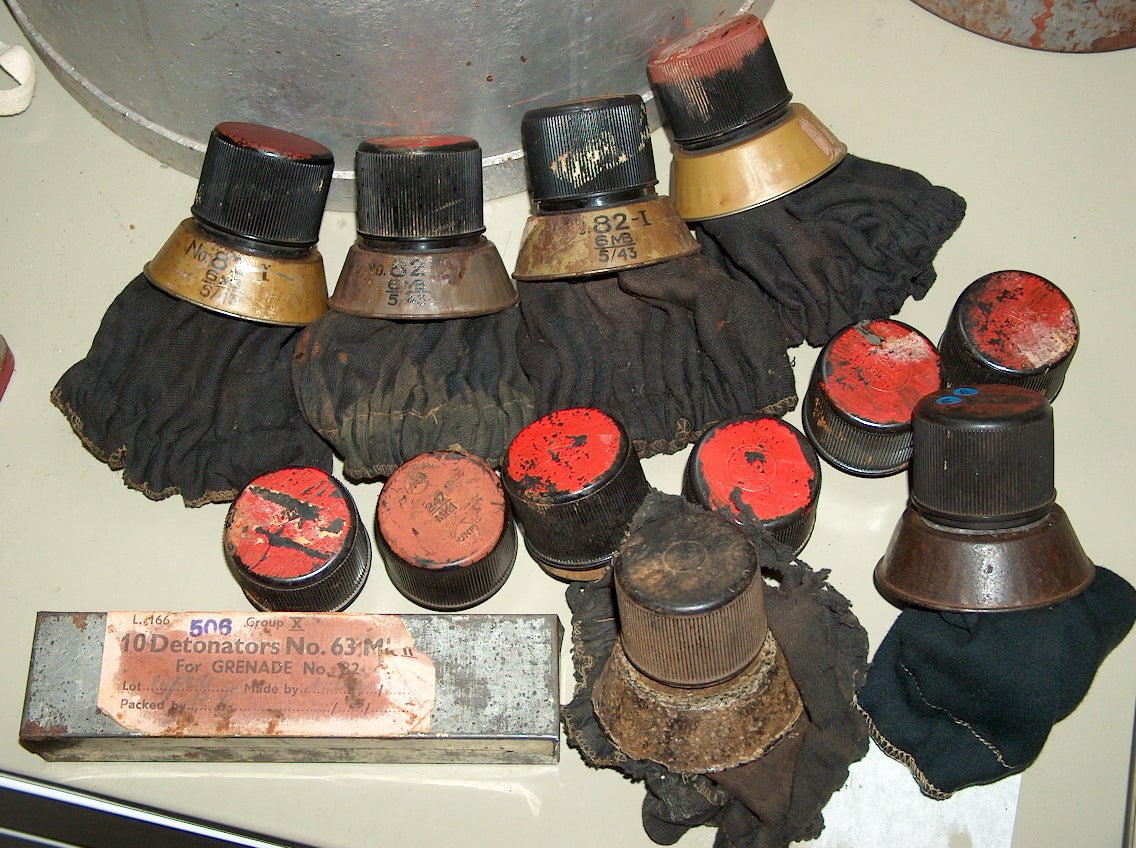 A paratrooper invented the Gammon Bomb to fit a very specific use case. Paratroopers needed to kill Nazis of all types with just one kind of bomb. So they made an improvised and customizable grenade that was a bit dangerous to use and extremely dangerous to face. It was perfect for their fight against Nazi troops and armor.

The problem facing Great Britain in 1940 to 1941 was daunting. Belgium had left an accord with France in 1936 that negatively affect both Belgium and France’s defense. So Nazi Germany had a wide-open route when it invaded Belgium and The Netherlands in 1940. And French forces and British Expeditionary Force lasted only a few weeks longer. Soon, as Churchill put it, “Britain stands alone*.”

*Britain and most of its empire and former dominions including Canada, Australia, New Zealand, India, Bahrain, Kuwait, and South Africa. Also, Egypt soon de facto joined the war and the Kingdom of Nepal was in it almost as long as Britain was.

So, Britain, all alone in the world, apparently, faced the victorious hordes of amphetamine-addled German tankers and pilots. All jokes aside, Britain was scared — and for decent reason. Germany had busted through fortresses expected to last months in mere hours. So Britain smuggled out much of its gold and made plans to evacuate the government to setup Britain in exile. And the empire, despite losing massive amounts of equipment at Dunkirk, re-doubled its modernization efforts.

The birth of the British paratroopers and their grenade

One of the modernization moves was the creation of an airborne force. Churchill called for 5,000 paratroopers in a letter on June 22, 1940, and he got them. During this dark hour, they served as a potential emergency reserve that could be shuttled most anywhere in the islands of the Germans attempted a landing. They were mostly equipped with small arms and explosives.

One of those explosives was the No. 74 anti-tank grenade commonly called the “Sticky Bomb.” It looked a bit like a candied apple on a stick. Bakelite formed the stick and contained a striking mechanism and safety pin. The “apple” was a glass flask filled with nitroglycerin. A fabric coated in adhesive sat upon the flask and was what made it so sticky. A carrying case of metal would be removed before use.

The No. 74 Sticky Bomb served paratroopers as they prepared for a German invasion, but it had many flaws. First, no one really wants to get within throwing distance of a tank. But even conceding that point, it was hard to use effectively against personnel. And worst of all, it was sticky with a timed fuse. If a soldier went to throw it but got it stuck to themselves or someone else, they had a lifelong problem on their hands.

Still, it was better than nothing, which was the alternative.

So a British airborne officer designed his own grenade. Capt. Jock Gammon came up with a simple sack connected to a piece of tape, lead weight, and allways fuze. (Allways meaning that it could be detonated by an impact from any direction; it would go off if it landed in any of ALL the WAYS it could fall.) It was designated the No. 82 grenade and named for him.

The sack could be filled with however much Composition C explosive the paratrooper thought was necessary, up to 900 grams – almost two pounds – for a tank. The trooper would then remove a bakelite cap, exposing the long piece of cloth tape and a lead weight. The paratrooper would throw, the lead weight would unravel the tape and pull a safety pin from the grenade, that armed the impact fuze, and then the whole thing would go off on impact.

It was still risky to use, to be sure. If the tape unraveled prematurely, there was a risk the pin could be removed. But even then, a paratrooper with steady hands could carefully reassemble it or throw the bomb a safe distance away.

And since the explosion could be customized, it was as useful for anti-infantry as for anti-tank or vehicle. It was first fielded in 1943 and became a hit with troops.

In fact, British paratroopers took them with them to Normandy. Just 180 paratroopers captured two Nazi-held bridges near Sword Beach and defended them against counterattacks for hours. At least two attempted panzer attacks were driven back, and one of the tanks destroyed was killed by a Gammon Bomb.

Retired after the war

While the Gammon Bomb was, arguably, more safe than the Sticky Bomb it replaced, it was not safe enough for peacetime. They were retired in the 1950s and most were destroyed, though a few still reside in the Imperial War Museum.