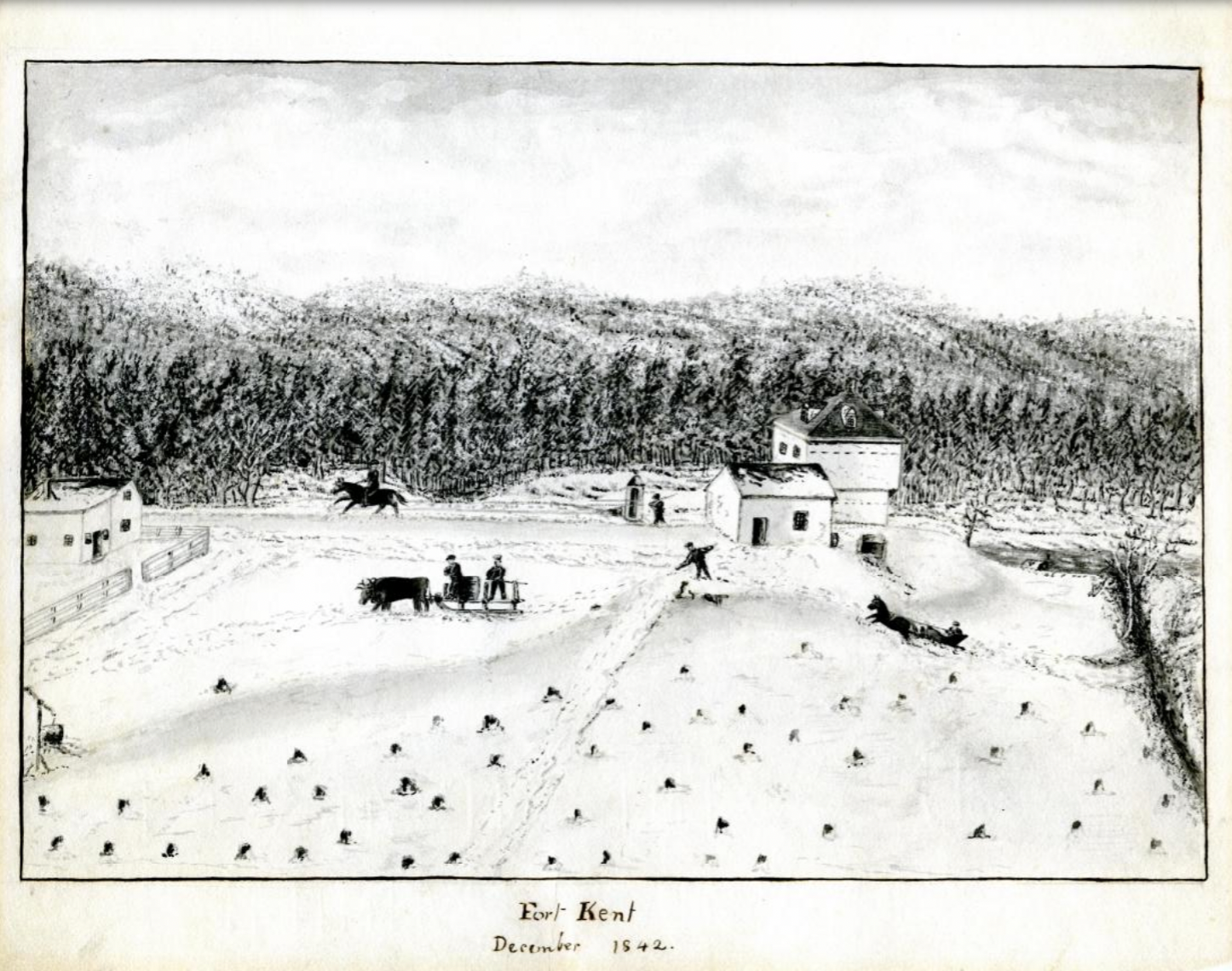 The last time Canadians and Americans officially fought one another in pitched battle was during the War of 1812, which ended with the January 1815 Battle of New Orleans. Fighting Canadians, as any of their past adversaries can tell you, is particularly brutal and the toll it took on the young United States was no different. In the years that followed the War of 1812, however, a group of Americans in the newly-created State of Maine forgot the lessons of the past, and got aggressive with its territorial claims. The result was the Aroostook War, which led to an independent third nation and a battle fought with fists but broken up by a bear.

In 1838, timber was big business in America’s northeast and Canada’s southeast. As a result, competition for timber along Maine’s border with the Canadian province of New Brunswick was fierce and heated. It went to a new level when Mainers began rolling cannon into the area to shoot at Canadians stealing American trees.

Both British and American parties needed timber but the treaty that ended the War of 1812 left the boundary unsettled, and the disputed area became known as Madawaska, which was actually inhabited by French farmers. Madawaska was soon invaded by lumberjacks from both sides.

When John Baker, an American with a land claim, arrived in Madawaska, he built a lumber mill and then declared Madawaska an independent territory, complete with a flag made by his wife. When authorities from New Brunswick hauled him off to jail, they took the flag. His wife raised another one. When Baker was convicted of sedition, the U.S. Army sent troops in to build a fort.

Then the state of Maine officially recognized the independent republic of Madawaska, then three times the size of Rhode Island. Baker conducted elections, but the Canadians arrested all the voters for sedition. As more arrests came, tempers flared and the town soon erupted into what’s remembered as the “Battle of Caribou.”

American lumberjacks caught Canadians cutting down trees in the territory and rushed to confront them. As the two sides drew arms and began shouting at each other, a black bear interrupted the would-be melee. The bear attacked the Canadians who killed the bear with firearms. The Americans thought the Canadians were shooting at them, so they returned fire.

The governor of Maine sent men in to arrest those Canadians, but the posse’s leader was arrested himself in New Brunswick. Arrests on both sides mounted as the British now sent troops into the region. The U.S. Congress authorized $50,000 and 10,000 troops for the defense of Maine. Both sides built forts and Maine called up its militia. The countries were close to war.

Luckily, cooler heads prevailed. Gen. Winfield Scott was taken prisoner during the War of 1812 and got to know New Brunswick’s John Harvey while being held as a POW. 20 years later, Scott was a high-ranking officer of the U.S. Army and Harvey was New Brunswick’s Lieutenant Governor. The two met and averted any further hostilities.

The border dispute was finally settled after the governments of the two countries finally sat down and established answers for all the disputed border areas between them. The agreement gave Americans and Canadians equal shares of the area’s timber, as well as free trade status for all timber in the region.

Madawaska lives on, however, with the flag created by John Baker’s wife still flying over the city hall of Edmundston, New Brunswick. The mayor of Edmundston also still assumes the title of President of the Republic of Madawaska.