This B-17 Flying Fortress was named after Queen Elizabeth 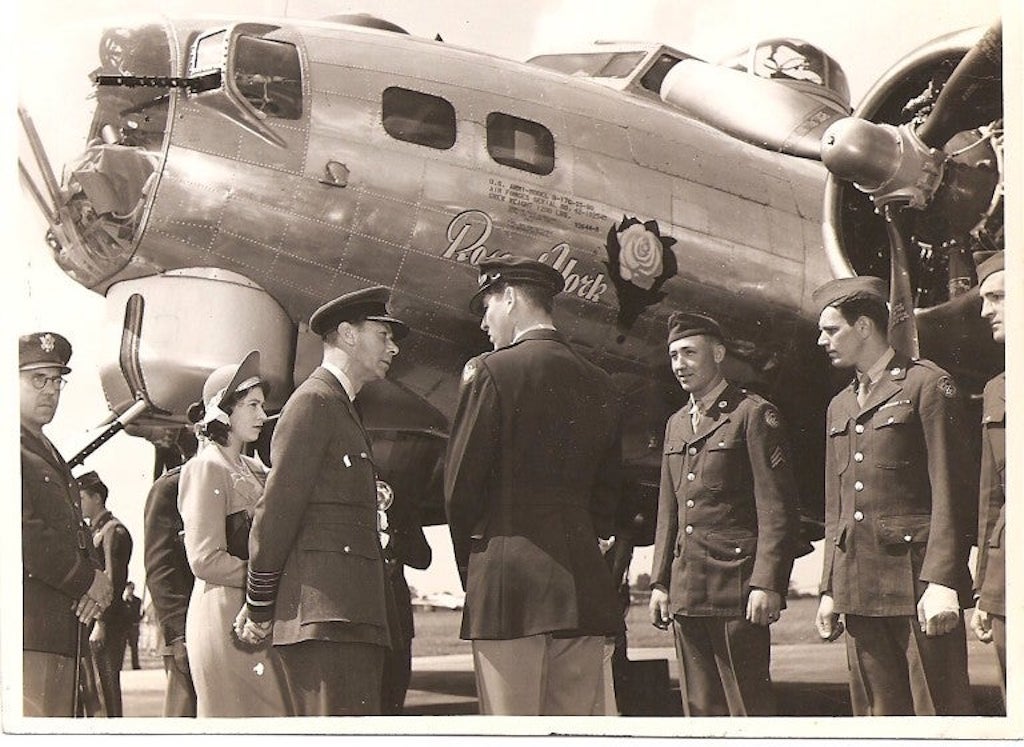 During WWII, the naming of American bombers by their crews gave the aircraft a personal touch. Today, bombers like Command Decision, Memphis Belle, and Enola Gay have become famous for the missions carried out by their crews. For one B-17 Flying Fortress, its fame came from its namesake rather than its service history.

B-17G Serial Number 42-102547 was built at Boeing Plant 2 in King County, Washington in early 1944. The silver bomber flew across the United States before it was ferried from Maine to England, arriving there on May 2, 1944. It was assigned to the 401st Bombardment Group, Heavy at RAF Deenethorpe for just three days before being transferred to the 306th Bombardment Group, Heavy at RAF Thurleigh. Within the group, the bomber was assigned to the 367th Bombardment Squadron, Heavy, and commanded by Captain Perry E. Raster. However, it was another crew member who made the aircraft famous.

Shortly after the bomber’s arrival to the 367th, crew chief Master Sgt. Edward S. Gregory named it The Princess. Shortly thereafter, the name was changed to Princess Elizabeth, after the future Queen of England. This inspired Gregory to request that the Princess herself christen the bomber as part of her 18th birthday celebration during a Royal tour of American air bases in Britain.

Although the Royal Family agreed to the christening by Princess Elizabeth, they required that the name of the bomber be changed. Officials believed that if the aircraft were shot down, it would be seen as a bad omen and a propaganda nightmare. As a result, the B-17 was renamed Rose of York, after the Princess’ previous title, HRH Princess Elizabeth of York.

On July 6, 1944, the Royal Family arrived at RAF Thurleigh where they were accompanied by the famous General Jimmy Doolittle. A band played to welcome them as a formation of 54 B-17s roared overhead. Princess Elizabeth christened Rose of York with a bottle of English cider smashed on a striker plate just below its chin turret. After this, the Royal Family met with the bomber’s crew. According to the National Museum of the Mighty Eighth Air Force, the Royal Family shared a meal at the officers’ mess and left a rare gift of a thermos of fresh ice cream.

Before the christening, Rose of York flew 13 combat missions over occupied Europe. By February 1945, then being flown by a different crew, the bomber had flown 49 more. On February 3, 1945, Rose of York flew its 63rd mission: a massive attack on Berlin consisting of 1,003 B-17s, 434 B-24 Liberator bombers, and 948 P-47 and P-51 fighters. During the mission, Rose of York was hit by heavy and accurate anti-aircraft fire. The last radio contact with the crew indicated that they were headed for England, but had lost one engine with another was leaking fuel. Rose of York is assumed to have crashed in the English Channel with the loss of all nine crew members and a BBC News correspondent.