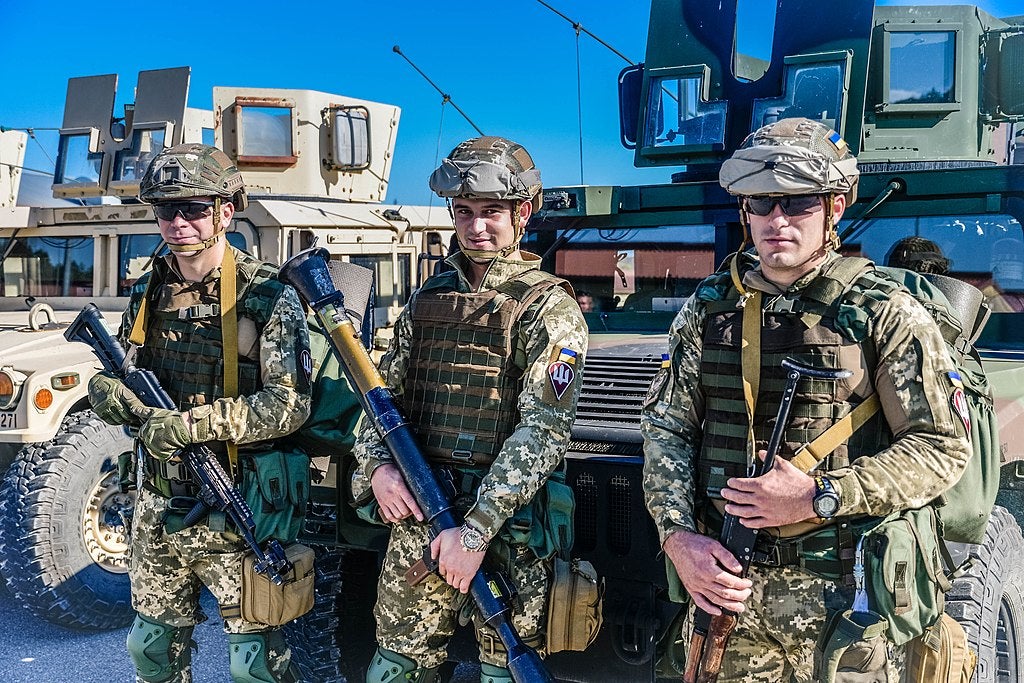 A recent episode of a political talk show on Russian state media featured former Duma member Boris Nadezhin, who usually toes the government’s line when it comes to state policies, including Russia’s “special operation” in Ukraine. This particular episode was different, as Nazhedin went rogue.

“Someone told [Putin] that the Ukrainians will surrender, that they will flee, that they will want to join Russia,” he said. “We’re now at the point when we have to understand it is absolutely impossible to defeat Ukraine.”

Though Nazhedin’s life may be in danger, the Ukrainian offensive is not. In the past few weeks, the Ukrainians have not only inflicted heavy casualties and damage on Russian forces and recaptured lost territory, they’ve struck sites inside Russian and the Crimea.

How Ukraine managed to push Russia back from Kyiv since April 2022 left some calling it “the greatest counteroffensive since World War II.” To look at the speed and completeness of the operation, it’s easy to see why.

After repelling the Russian advance on the Ukrainian capital, Ukraine decided it needed to liberate the Kherson region in the south of the country. In response, Russia learned about the effort and redeployed its forces there in the middle of the summer. Ukraine launched an attack on the area in August.

But it was a ruse. Ukraine gave Russia a taste of its own medicine. The attack on the south was actually a large disinformation operation. Ukraine did attack near Kherson, but the main thrust of its counter-attack was actually in the north, where Russian troops were withdrawn and moved south.

Ukraine instead attacked Kharkiv with everything they had, including tanks, aircraft, and thousands of regular and irregular ground forces. Progress was made quickly, and news reports were soon filled with images of Ukrainian troops removing Russian flags and propaganda billboards.

More importantly, Ukrainian forces were able to capture Russian ammunition, weapons, and supply depots fully intact. No one was more surprised than Ukrainian civilians who never thought they would see the bright blue and yellow flag of Ukraine flying over their towns and cities again.

Over the course of just five days in September 2022, Ukraine recaptured some 3,000 square kilometers of formerly Russian-controlled territory. Russia’s plan to concentrate on the Donbas region of Ukraine, where pro-Russian separatists have been fighting Ukrainian troops for years, is now considered impossible by many western analysts.

In response, Ukrainian President Valodymyr Zelensky said “if we were a little stronger with weapons, we would de-occupy faster.” It was these advances that led Boris Nadezhin to talk about the setbacks of the Russian invasion on state television.

“To defeat Ukraine with the kind of resources Russia is currently fighting with in a ‘colonial war’ format… it is absolutely impossible,” Nadezhin said.  Meanwhile Russian leadership says it was part of a larger regrouping of Russian forces.

Russia currently still controls 20 percent of Ukraine and the forces that were once in Kharkiv have regrouped in the Donbas region and are striking back along the Kharkiv front. Six towns in the area have been hit by Russian forces, and Russian President Vladimir Putin has fired the general in command of the army in the area, meaning a change in leadership, and potentially a change in tactics that Ukraine must be able to fight off.