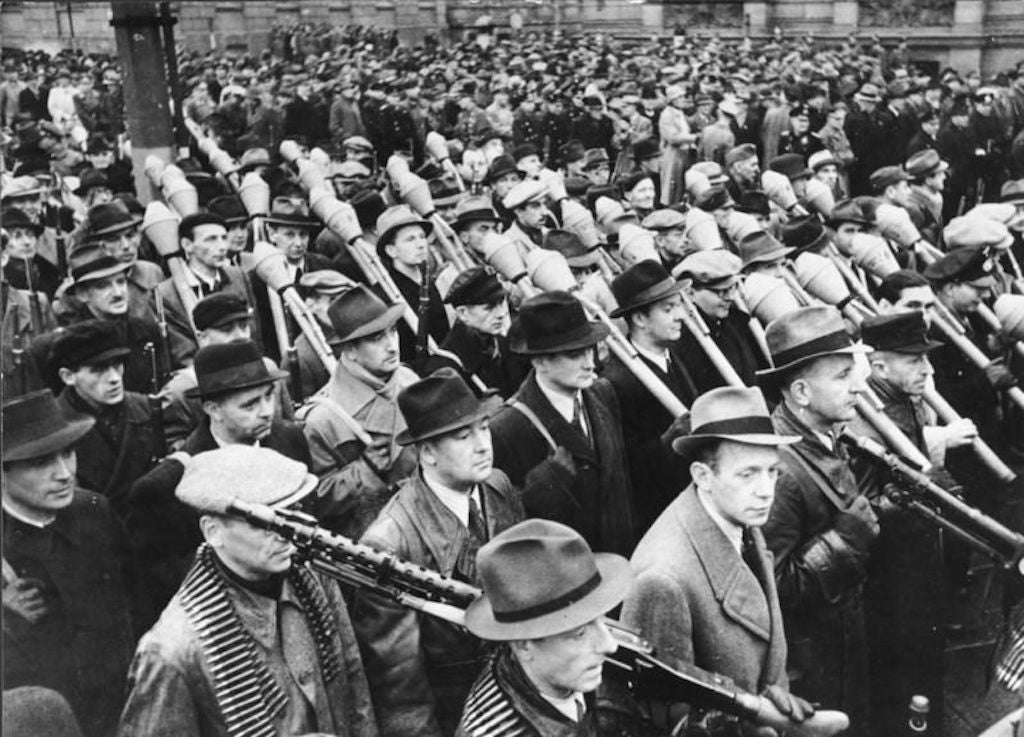 As 1944 was becoming 1945, World War II in Europe was not going well for the Nazis. The German Army was being pushed back on all fronts and Allied troops had captured parts of Germany itself. To make matters worse, the Germans were experiencing a manpower shortage they could not break.

In October of 1944, the Nazis created the Volkssturm, or “People’s Storm,” a home-based army of civilians designed to create a mass uprising should Allied forces take their towns and cities. Moreover, the Nazi government hoped to expand the size of its army by the millions.

The hope was that the people of Germany were as fanatical as the leaders of the Nazi party. Though Hitler was completely incorrect about the determination of the German people to resist the Allies, he still intended to equip those who were with a horrible, yet easy-to-use new weapon.

If the Nazis were going to enlist the aid of its civilian population in an all-out war against the invaders of Germany, hand-held weapons of household use would not be enough. He wanted to arm the German people with a weapon that could take down an Allied soldier but could be used by any frau in any hamlet anywhere in Germany.

The problem with the idea is that average civilians have no training in the use of weapons of war, and firearms were not as simple then as they are today. Those who did have combat or weapons experience were already conscripted into the army at this point, so a “train the trainer” kind of weapons training simply would not work for the purpose.

Even if they had the means and experience to train the civilian population in using a terrible new weapon, there was little time to send people to the countryside, towns and cities to train them anyway. The pace of the Allied advance was staggering, as the Germans could put up little resistance in some areas of their own country.

Their solution was the Einstossflammenwerfer 46, a handheld, single-shot flamethrower with enough firepower to stop any advancing Allied soldier (or soldiers if they were grouped close enough).

An Einstossflammenwerfer 46 is essentially a gas tank canister with an ignition head on it. A bipod came with it in case of a need for one, but it could also be slung over a civilian’s shoulder for quick and easy use. The gas is pressurized so that a flame from the weapon could throw fire 27 meters. Defending civilians wouldn’t have to give up their burst of fire when the enemy was right on top of them.

Its design made it easy to build and even easier to use. It was also cheap and easy to hide from enemy soldiers looking for weapons in large masses of people. Germans, the Nazis rationalized, would be able to approach enemy commanders with ease before burning them alive. The Nazis created some 30,000 of these single-shot flamethrowers.

Unfortunately for Hitler, but fortunately for Allied soldiers, the Nazis’ planned final battle of the Volkssturm never came and only a handful of people ever used the Einstossflammenwerfer 46 against an Allied soldier. Those who did use it were either already fanatical Nazis or were part of the German Fallschirmjaeger, its corps of paratroopers.