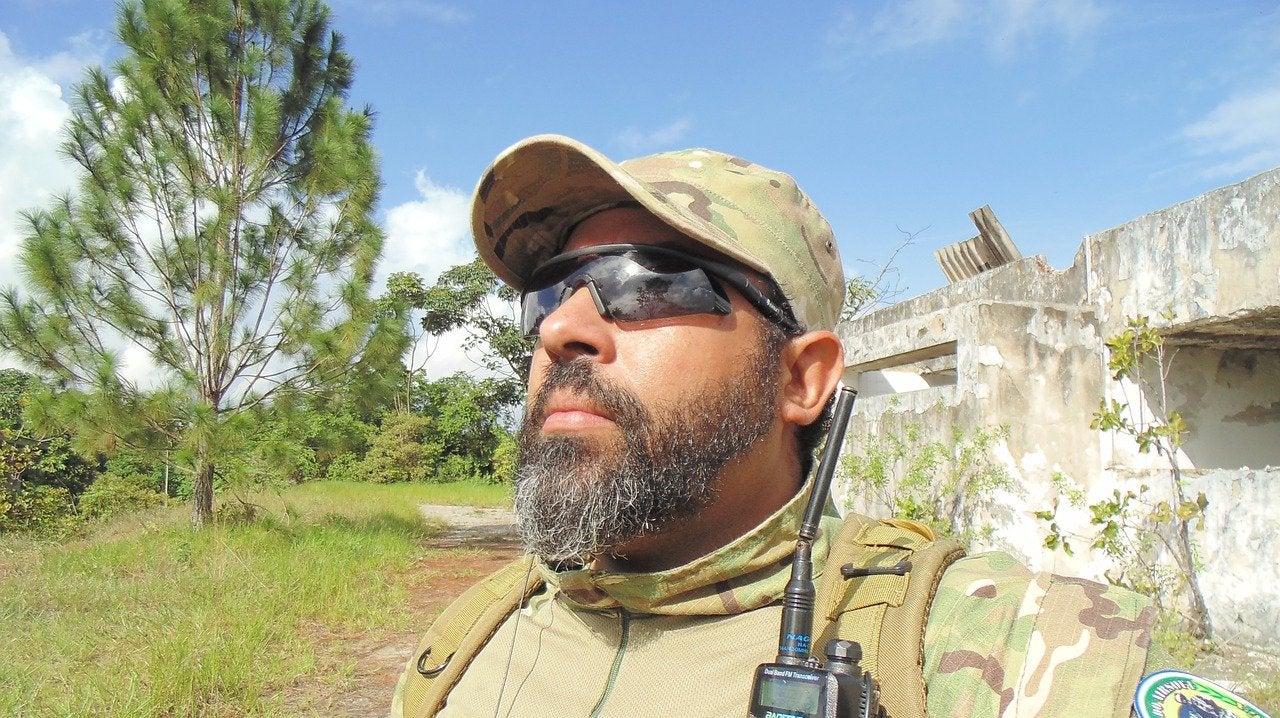 Unless you are a member of special ops, most U.S. military members these days are not allowed to rock a beard. Which is a damn shame, because it wasn’t always this way.

After shaving every day of their time in, some veterans make growing a beard their first order of business once they get out of the military. But there were times — we’ll refer to them as “the good ol’ days” — when you could grow a beard. In fact, it was often encouraged.

For about the first 66 years of its existence, the Navy didn’t really have much of a standardized grooming standard. Many sailors during the Revolution opted for clean shaves, until sideburns became a thing around 1812. The Navy finally implemented grooming standards in 1841 that mandated “hair and beards had to be cut short,” according to the US Naval Institute.

In the early years of the Army, beards were expressly forbidden and soldiers were required to shave at least three days per week, according to this article at Defense Media Network. This of course dramatically changed during the Civil War, when everyone from Pvt. Joe Schmoe to Gen. Ulysses S. Grant was seen rocking face armor.

The Navy slightly modified its rules in 1852 to ban officers from wearing mustaches and imperials — a larger ‘stache featuring whiskers styled upward over a man’s cheeks — but it was later relaxed to allow “neatly trimmed” beards. Much like the Army during the Civil War, there was some pretty interesting interpretations of “neatly trimmed.”

Many sailors of the late 19th and 20th century followed the prevailing fashions of the day, dropping their beards for the mustache and goatee, according to Navy History. Some continued to wear beards, which was generally allowed as long as they were trimmed.

There were some notable exceptions: Sailors operating in colder climates could have full face jackets, and those on submarines didn’t have to shave more as a necessity, since fresh water was usually scarce.

For soldiers on the ground, the death of the beard came along with the need for gas masks. The first World War saw the widespread use of chemical weapons, and gas masks needed to maintain a proper seal against the skin to be effective. Having whiskers didn’t exactly inspire confidence when chlorine gas was involved.

“They were eliminated in the US military in WWI due to the need to wear gas masks,” Penny Jolly, a professor of art and art history, told the BBC. “Razors were issued in GI kits, so men could shave themselves on the battlefield.” The clean-shaven soldier eventually became the norm for the World Wars and beyond.

Although some didn’t really get the memo, like one unit of soldiers stationed in the Phillipines in 1941 which actually held a beard-growing contest. They are all winners, in our eyes.

Still, the reasoning against soldiers having beards has often boiled down to maintaining a uniform appearance and keeping a good seal on a gas mask, and it continues to this day.

In 1970, Chief of Naval Operations Adm. Elmo Zumwalt came in and basically said to hell with grooming and uniform regs in attempt to raise morale. Zumwalt — a wearer of his own sweet set of sideburns — issued one of his famous “Z-grams” in Nov. 1970, which directed the Navy to “adapt to changing fashions” of the day, which meant beards, mustaches, and sideburns, my man.

Beards were a staple of the Navy for quite a time, although even Zumwalt figured out his changes to the regs were a bit too permissive, USNI notes:

It did not take long before Navy ships began to look like they were crewed by hippies who had crashed their bus into a military surplus store. Even Zumwalt realized that the liberalization of grooming standards had gone too far and needed to be scaled back. Hair and beards were ordered to be neat while “eccentricities” such as mutton chop sideburns were outlawed.

Besides the surface fleet, Navy SEALs operating in Vietnam were allowed to rock beards, and the “Vietnamese regarded beards as a reflection of wisdom gained with age,” wrote Maury Docton at Quora.

Unfortunately, all good things must come to an end, and the beard (even on submarines) became a thing of the past under Chief of Naval Operations Adm. James D. Watkins, who outlawed them in Dec. 1984. Beardos were outraged at the time: “‘It’s rotten,” Petty Officer Richard New told The New York Times. “I don’t think they can tell you everything to do.”

It turns out they can, and the order still remains in effect today. Across all the military services, beards are no longer allowed and even mustaches need to be trimmed within the corners of the mouth — a look so terrible even Hitler would say “what in the hell?”

The only men lucky enough to be allowed beards now are special operations units such as Army Special Forces and Navy SEALs (as long as they are in Afghanistan at least).