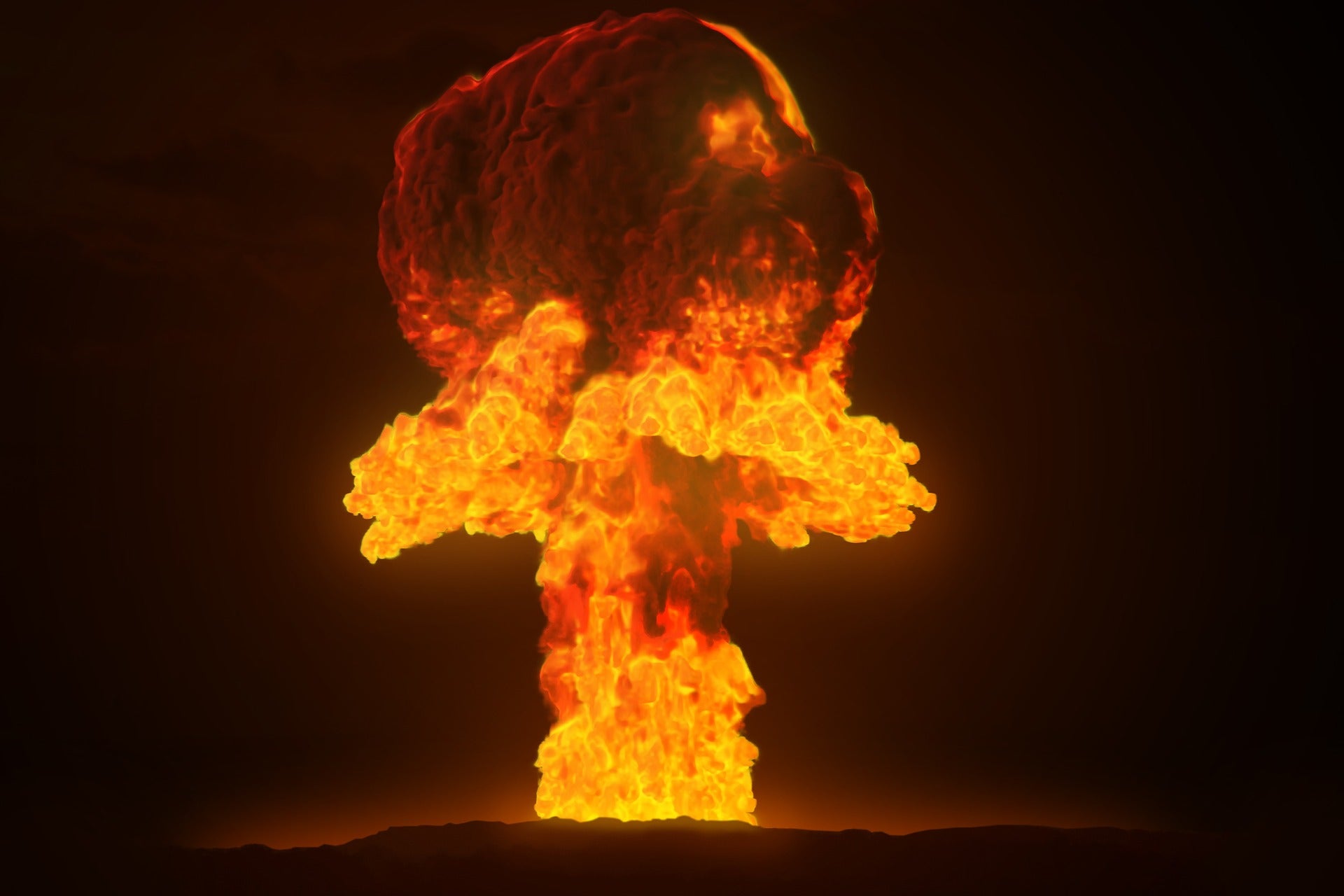 It was a clear beautiful day in the desert outside of Las Vegas on July 19, 1957 when the Air Force detonated a nuclear bomb over the heads of five soldiers as the cameras rolled.

No it wasn’t some torturous experiment or forced punishment. Five Air Force officers had volunteered to stand at “Ground Zero: Population 5” — as the group’s sign read — to demonstrate that it was perfectly safe for troops fighting on land while a nuke was detonated in the air.

It was the Cold War, with full-scale thermonuclear war always a possibility, and U.S. planners needed to know whether they could launch a first strike at the Soviets, while also sending in ground troops. And just in case there happened to be nuclear fallout, the public needed to know everything would be okay (good luck with that one).

And that’s where two colonels, two majors, and a fifth officer (along with a cameraman) came in.

From an excellent article on NPR:

As we watch, directly overhead, two F-89 jets roar into view, and one of them shoots off a nuclear missile carrying an atomic warhead.

They wait. There is a countdown; 18,500 feet above them, the missile is detonated and blows up. Which means, these men intentionally stood directly underneath an exploding 2-kiloton nuclear bomb. One of them, at the key moment (he’s wearing sunglasses), looks up. You have to see this to believe it.

The U.S. military conducted numerous nuclear weapons tests in Nevada and elsewhere during the Cold War, many of which affected service members. In a follow-up to the original NPR story, there is a mention of nearly $150 million being paid to more than 2,000 “onsite participants” of nuclear testing.

“Quite a few have died from cancer,” George Yoshitake, one of the survivors and the cameraman for the video above, told The New York Times in 2010. “No doubt it was related to the testing.”

Though NPR was able to track down the five officers and find out when they died (though some may still be alive), it was not clear whether cancer or something else was the cause.

NOW: The 30,000-pound bomb that could be used against Iran ‘boggles the mind’