Oars revolutionized ancient naval warfare - We Are The Mighty

This is how ship oars revolutionized ancient naval warfare 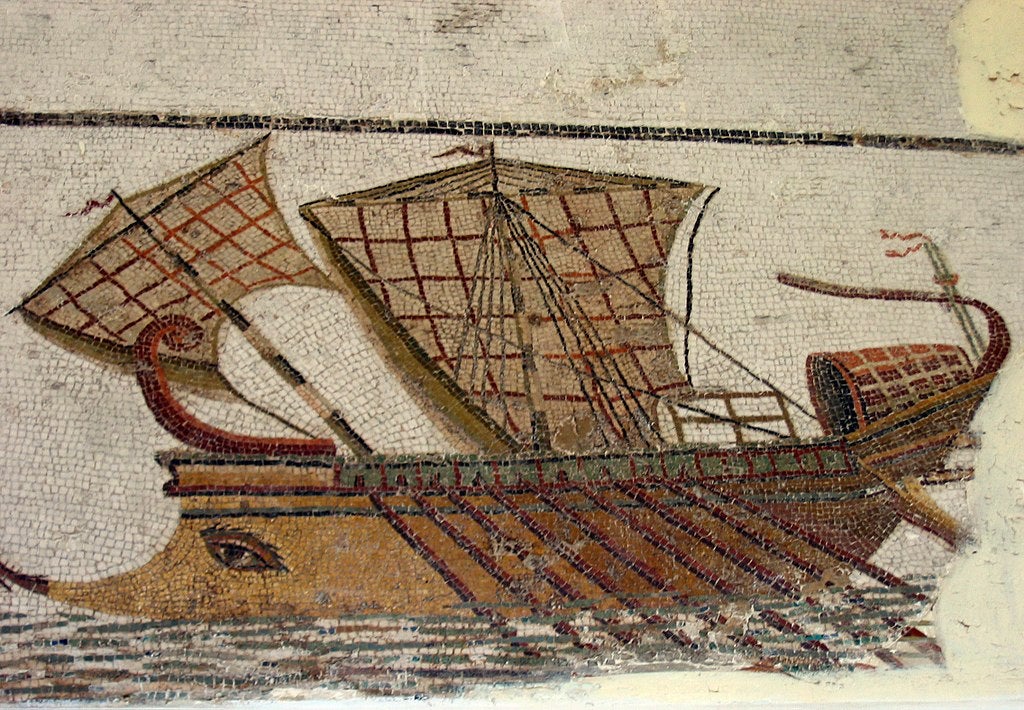 A Roman mosaic from Tunisia showing a trireme vessel during the Roman Empire.

Naval warfare encapsulates combat on and in large water bodies. Current tactical advantages can safely be attributed to advancements incepted hundreds of years ago. Even in the interior of huge landmasses, transportation before the arrival of massive railroads was hugely dependent upon canals, rivers, and other navigable waterways. Navigable waterways were a vital factor in the advancement of the modern world in countries like Britain and northern Germany since they facilitated mass movement of raw materials and goods. Before 1800, sea vessels and river barges which widely moved war supplies, required a great naval defense against enemies. A strong navy was essential to deal with pirates, who inflicted losses on commercial sea-traders. Still, naval warfare had exceptional dangers, with adverse weather being the massive threat. Oars were critically important.

Egyptian boats were mostly equipped with oars and sails since they were restricted to the Nile and relied on winds. Most initial Nile boats contained a single square sail and a row of rowers. Several rows came into play as it was challenging to move longships against the current flow.

Later on, the Roman three-level Trireme and two-level bireme became the most popular ships attributed to more than a dozen oar banks utilized to propel these enormous boats. The warship’s size emanated from their design since fighting ships needed ample space for enough fighting men, speed and high maneuverability. As such, this design made ship oars excellent for naval warfare. Compared to trading ships whose aim was to carry an enormous amount of goods with a tiny crew, warships were colossal and needed to move at a higher speed.

The advent of attacking an enemy’s ship by ramming meant that there was a need for high speeds and maneuverability. This prompted designers to build the Trireme with three levels of rowers on each side along the length.

Most warships were built for speed, making them cramped, lightweight, and lacking room for many soldiers or even storage. At that time, there was surging demand for warships that would effectively fulfill such needs.

Roman naval tactics were a little different from the ones incorporated by the earlier Greeks. The Roman vessels were propelled by rowers and sailed with more troops, and when it came to naval wars, the warships transformed into battering rams with the help of their bronze-wrapped rams.

During the battle, sailing maneuverability was very restricted, and rowers propelled the vessels when they were at close range with the enemy. The main aim was to ram a hole in the enemy’s ship and then pull it back to gush water into the vessel.

A well-aimed hit could easily break one bank of the enemy’s oars and disable it. The best angle of attack was to the rear and flank of the enemy to achieve that kind of detrimental damage.

As time went by, the vessels had more rowers by piling them on top of each other instead of along the vessel’s length.