When the bomber boys went at it: Dogfights in slow motion - We Are The Mighty

When the bomber boys went at it: Dogfights in slow motion 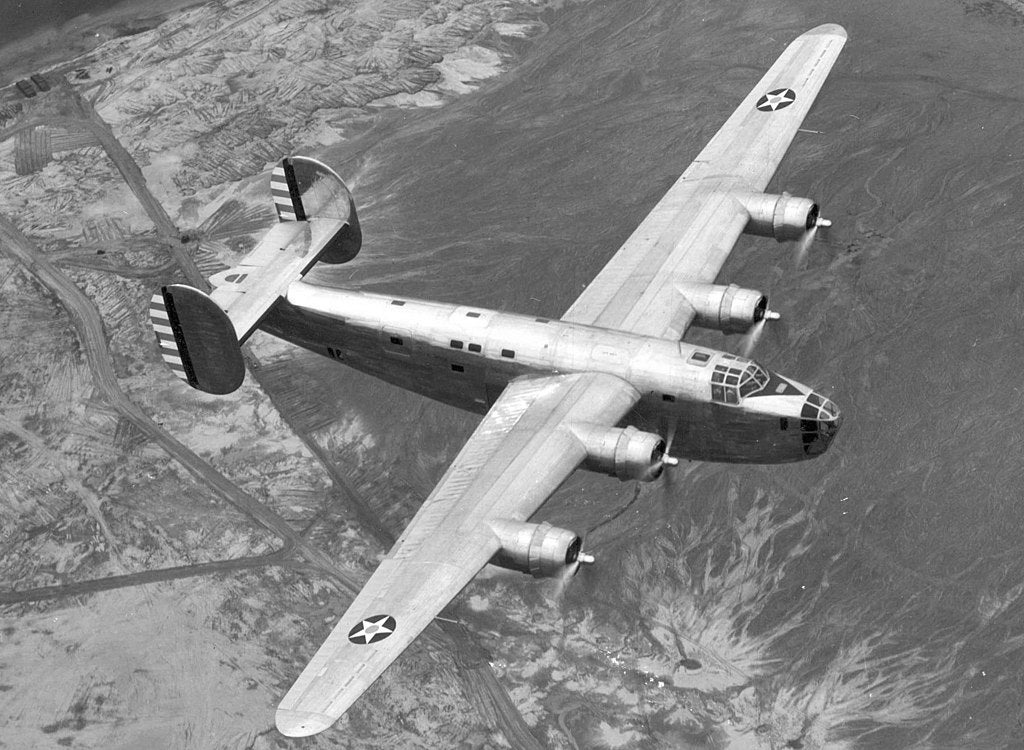 Considering World War II was the largest conflict in human history, it is not surprising that some really bizarre episodes of armed combat occurred. From the start of the war in 1939, the relative combat power of the Axis began to descend as the power of the Allies gradually began to ascend, and for a time neither side had overwhelming superiority in any theater or capability. Given the huge geographical scale and scope of operations, occasionally unlikely aerial opponents found themselves at close quarters. When these chance meetings occurred, the bomber crews did what military airmen have done since World War I — try to shoot the other plane down! These large plane, slow motion dogfights occurred in practically all theaters of the war.

The days of the Battle of the Atlantic were desperate times for the British people and their war effort. Nazi U-boat “wolfpacks” preyed, practically at will, on the Allied merchant shipping that was literally Britain’s lifeline of food and war material. The Allies began to use modified, long-range bomber aircraft, such as the American B-24 Liberator, to hunt and destroy the U-boats before they could attack shipping.

At the same time, the German Luftwaffe had a limited number of four-engine, long-range Focke-Wulf Fw 200 Condor aircraft. The Condor had been developed and used as a Lufthansa transatlantic airliner before the war, in order to circumvent the restriction on military aircraft in the Versailles Treaty that ended World War I. The Condors were then used by the Luftwaffe as a maritime patrol aircraft to attack Allied surface shipping.

In July 1941 a British Royal Air Force Lockheed Hudson, a two-engine bomber aircraft also used for maritime patrol, shot down an Fw 200 Condor off the coast of Ireland. The Hudson was a converted small airliner, had two forward firing .303 caliber Browning machine guns in the nose, set up similar to a fighter aircraft, and was quite maneuverable for its size and design.

Continuing in the North Atlantic, B-24 bombers on maritime patrol shot down no less than five Fw 200 Condors, three German flying boats, and a Junkers JU-88 medium bomber during 1943. In one incident, a B-24 crew took on two Condors attacking surface ships. The B-24 took out the lead Condor but was heavily damaged by the second Condor and had to ditch the aircraft into the water. An Allied destroyer rescued survivors from the B-24 and the lead Condor. The second Condor, heavily damaged, made it to Nazi-occupied France and crash landed, with all of the crew surviving.

Moving to the Mediterranean theater of operations, the American B-26 Marauder medium bomber was pressed into service as a long-range “fighter” to intercept Luftwaffe and Italian cargo aircraft flying between Italy and North Africa. The B-26 was fast, fairly nimble, and had four forward firing .50 machine guns mounted on the fuselage and fired by the pilot, and Marauder crews claimed the destruction of several Axis transport aircraft.

In the Pacific war, what had to be the ultimate dogfights between titans occurred between modified American bombers and large, four-engine Japanese flying boats. In July 1944, a Japanese Kawanishi H8K2 “Emily” flying boat was shot down by a Navy B-24 Liberator in the Central Pacific. Both aircraft carried heavy armament, with the Emily having a mix of 20 mm cannon and 7.7 mm machine guns, and the B-24 armed with a host of heavy .50 caliber machine guns.

American B-17 Flying Fortress bombers also destroyed several Japanese flying boats. As heavily armed as the B-24, one B-17 squared off for a 20-minute dogfight with a Kawanishi H6K ‘Mavis’, resulting in the Japanese aircraft landing on the water with an engine on fire.

No accounting of aerial combat between such large aircraft ill-suited for dogfights would be complete without a brief telling of an aerial encounter on the opposite end of the spectrum. On one occasion, a U.S. Army Piper Cub observation aircraft with two pilots on board fired on a German Luftwaffe Fieseler Storch observation aircraft with their .45 caliber pistols. The German pilot promptly landed to surrender.