The complete post guide to Fort Jackson - We Are The Mighty 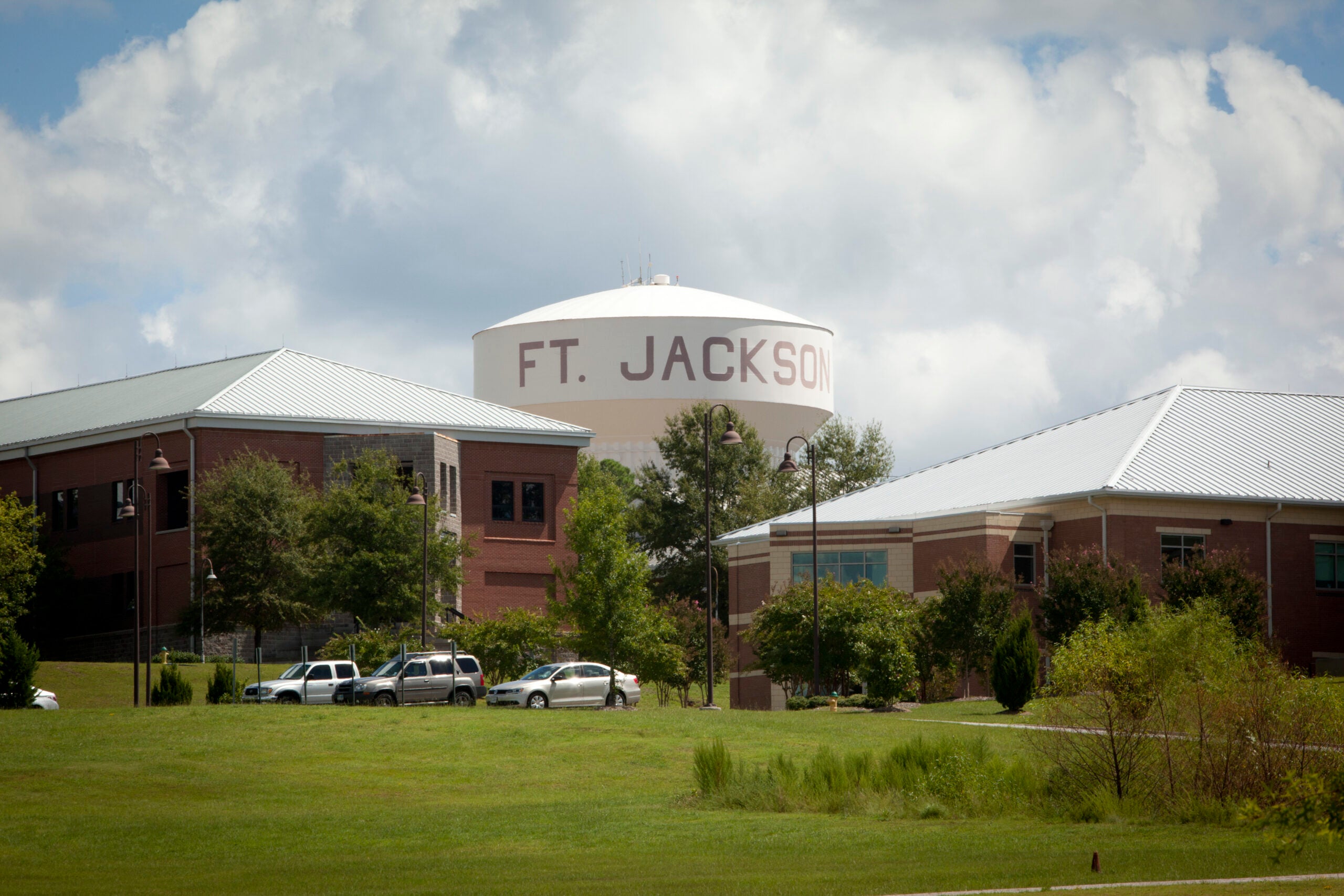 If you’re heading to Fort Jackson South Carolina, you’re probably embarking on your new Army career. Lots of recruits do their Basic Combat Training at Jackson, and plenty of Soldiers continue on for their AIT here, too. In fact, it’s one of the major Army training hubs in the country. Jackson trains nearly half of all recruits who enter the force each year! The post was named for Andrew Jackson, an Army general and the seventh president of America. Jackson boasts more than 52,000 acres and 1,160 buildings. While you’re in BCT, you might not get a chance to explore much of the installation, but take your family for a walk during Family Day and see just how massive it is! Read on to find out everything you need to know about your new (temporary) home.

Fort Jackson can be reached by car using the following routes.

Coming in from Charleston? Take I-26 W to Columbia, SC, and follow signs.

Charlotte Douglas International Airport (92.2 miles) is the closest international airport and is served by all major airlines.

Driving to Fort Jackson is ideal, since having a car will mean being able to visit nearby cities. However, buckle in for a long trek. Columbia, South Carolina is about 90 miles from the East Coast.

Since Ft. Jackson is a main training center for Basic Combat Training, it’s no surprise that its mission is to train and develop recruits into Soldiers.

The U.S. Army Drill Sergeant Academy (USADSA) is an accredited Institute of Excellence that trains qualified NCOs in the instruction of warrior tasks and battle drills, drill and ceremonies, physical readiness training, and other IET tasks to Basic Combat and AIT Soldiers.

BCT recruits, here’s seven things you should avoid hearing from your Drill Sergeant during boot camp.

Named for President Andrew Jackson, Ft. Jackson got its start in 1917. That’s when service members of the 30th and 81st Infantry Divisions started training there. During the interwar years, it was a training area for the South Carolina National Guard. Then, in 1940, it became a permanent Army post.

During the Korean War, the 8th and 31st Infantry Divisions trained here.

Later, in 1973, Jackson was officially appointed as a training center.

Since then, it’s grown considerably. Now, it trains nearly 50% of all Soldiers and almost 60% of all women who join the Army each year.

Speaking of former President Jackson, ever wonder which president was our best military leader?

Things to Do Around Fort Jackson

If you’re thinking about fried chicken or biscuits and gravy, you’re not too far off what you’ll expect to find in Jackson. Of course, there’s plenty of other delicious culinary delights, too. Obviously, you’ll want to try the barbecue – don’t forget a side of hush puppies and slaw to go with that BBQ! If you’re feeling adventurous, you should seek out livermush. Okay, the name is terrible, but the dish might just surprise you. By law, it’s required to contain at least thirty percent pig liver. It’s definitely one of those regional delicacies, for sure. When it’s time to wash down that livermush, make sure you try Cheerwine. It’s a low-sugar carbonated beverage made with cherries and there’s even an annual Cheerwine Festival in Salisbury.

The Riverbanks Zoo and Botanical Garden (8.9 miles) has lots of flora and fauna as well as a waterfall area, rose gardens, and birdhouses.

The Columbia Museum of Art (6.1 miles) has exhibitions that cycle through every few months, along with art classes and tours for adults and plenty of programs for kids.

The EdVenture Children’s Museum (7.6 miles) has exhibits on aerospace, news production, veterinary science, cooking, a maker space, and much more for the whole family.

Mil-families PCSing to Jackson for AIT have a lot of housing options!

Of course, if you’re heading to Jackson for BCT, you’ll get to experience the barracks. Some AIT Soldiers, depending on your rank, will also need to stay on post at the Freddie Stowers Complex.

But for everyone else, DoD housing at Jackson is owned and operated by Balfour Beatty Communities. This private company offers two to four bedroom homes and single family units in several neighborhoods. The community even boasts 27 playgrounds and there’s a gym on-site. Call the Military Housing Office for more information.

Mil-kids who call Jackson home have the choice of five different school districts. That means there are plenty of options to choose from when it comes to your child’s educational needs. Call the School Liaison Office for the most up-to-date information, including enrollment requirements.

How big is Fort Jackson?

What is the closest airport to Fort Jackson, South Carolina?

The closest airport is Columbia Metropolitan Airport, which is about 18 miles away.

What happened at Fort Jackson?

Fort Jackson was responsible for 50-80% of all Basic Combat Training for the US Army.

Who is Fort Jackson named after?

Fort Jackson is named for President Andrew Jackson, who is a South Carolina native.