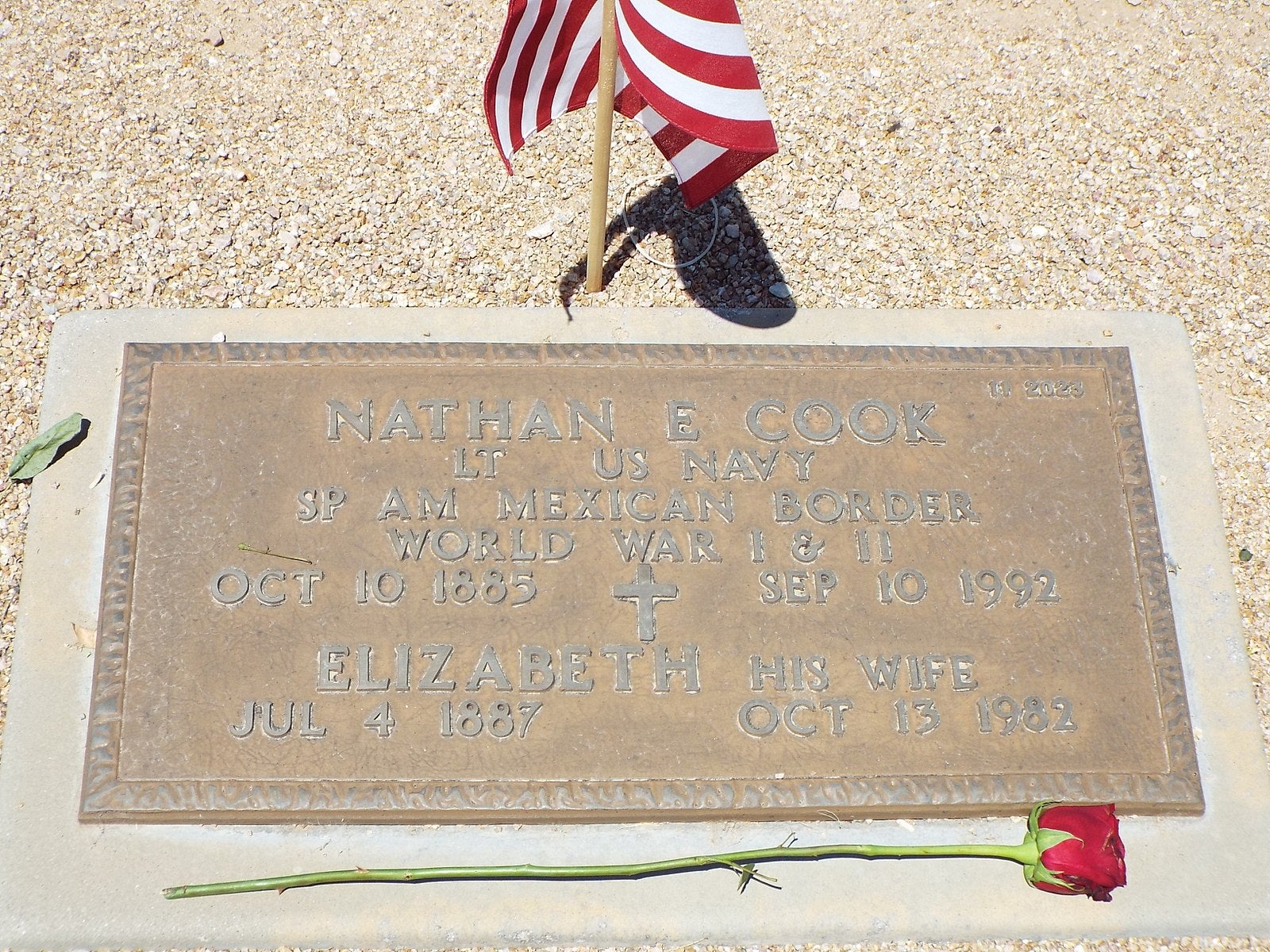 There are many outstanding sailors who could lay claim to the title of the U.S. Navy’s saltiest, but since the term is synonymous with “experienced,” there’s one who stands above all others: Nathan E. Cook.

Many people haven’t heard of Nathan Cook. He wasn’t a Medal of Honor recipient and he didn’t save hundreds of lives in a single day, but what distinguished Cook from other American sailors is his 44 years of service to the Navy, through some of its most disruptive changes – and his long life.

Cook was born during Grover Cleveland’s presidency in 1885 and two years before he died, he received a letter from President George H.W. Bush congratulating him on his 104th birthday. When he was 15 years old, he was working in a Kansas City meat packing plant when he came upon a poster that read “Join the Navy and See the World.”

“I thought that was a good idea,” Cook said to the Department of Veterans Affairs when he became a centenarian. “One of the Navy boys came out to see us, and said ‘You boys want to get in the Navy?’ I said ‘I sure do.’”

So he did. In 1901, he lied about his age and enlisted, soon finding himself aboard the screw steamer USS Pensacola, a Civil War-era training ship in California, where he learned to sail, operate the coal steamer, and most importantly, swim.

His first real assignment was aboard the USS Adams, another screw steamer, headed to fight the Boxer Rebellion in China. The Boxers surrendered soon after he arrived, so he was soon back at sea, headed for the Philippines. Although Cook was too late to see service in the Spanish-American War, he was just in time for the Philippine Insurrection.

The people of the Philippines had helped the Americans take the island nation during the Spanish-American War, but once the war was over and Spain ceded the Philippines to the United States, the Filipinos realized the U.S. had no interest in granting them independence, so they decided to fight for it.

After serving in and around the Philippines, he was transferred to the protected cruiser USS Columbia and sailed around the world, his first of four circumnavigations, bound for New York, where he met his first wife in 1905. He soon found himself aboard the USS Kansas, a pre-dreadnought battleship and part of President Theodore Roosevelt’s Great White Fleet, and making his second trip around the world.

A chief petty officer by then, he befriended two ensigns aboard the Kansas, Chester Nimitz and William Halsey.

Cook later injured himself off the coast of Gibraltar and was kept in the sickbay until he returned to New York. He learned his appendix had burst while underway but it had dried up and he had no complications.

By the time the United States entered World War I, Cook had been temporarily commissioned as a lieutenant. He was placed in command of a submarine chaser that sunk two U-boats and was later in command of a seagoing tug, the USS Favorite, in Brest, France. While on a rescue mission, towing a ship back to France, the Favorite was attacked by another U-boat.

As they towed the damaged ship, two torpedoes were headed in the Favorite’s direction. Cook ordered a hard right rudder and they missed entirely. Cook returned fire with the tug’s 3-inch gun and sank the attacker. He was soon sailing the tug back to New York, where he returned to his permanent rank of boatswain.

When World War II began, Cook was in the Caribbean operating out of Haiti and Panama. It was in Panama that he experienced his proudest moments of his naval career.

Later, he was transferred to the USS Falcon, a minesweeper that was converted into a submarine rescue ship. He retired in 1942, but the Navy promoted him to the permanent rank of lieutenant in recognition of his World War I service.

Although he was not a Spanish-American War veteran, he was a member of the United Spanish War Veterans, which was open to members who served during that era, even if they didn’t serve in the war itself.

Nathan Cook would live another 50 years after retiring from the Navy at age 56, dying in 1992 of what the Department of Veterans Affairs says was just old age. His secret to longevity was keeping fit and avoiding the vices of drugs, alcohol and tobacco.