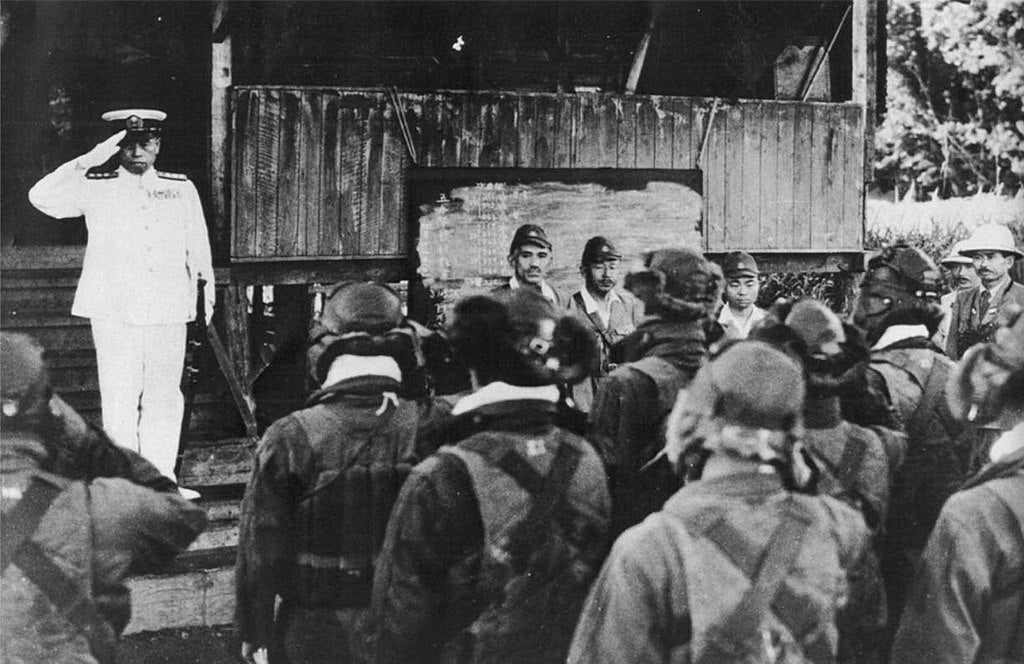 Planning for the surprise attack on Pearl Harbor that brought the United States into World War II was overseen by Marshal Admiral Isoroku Yamamoto. Yamamoto not only devised Japan’s entire naval strategy for the war, he completely changed the way Japan organized its naval forces.

Under Yamamoto’s leadership and guidance Japan went from a surface navy to a major naval air power, strong enough to challenge any naval force in the world, ready to take on The British Empire, the Netherlands, France, China and the United States for dominance. His career, and all the power that came along with it, was almost ended before it ever began.

Yamamoto came from a storied military family. His father was a middle-ranking samurai who died at age 56. By the time young Isoroku Yamamoto turned 20 years old, he was already a graduate of the Imperial Japanese Naval Academy. His graduation came just in time to join the Imperial Navy in the Russo-Japanese War.

Toward the end of the 19th century, the Russian Empire and Japan were on a collision course for war. Japan had imperial ambitions of its own, requiring more and more resources for its growing military and economy. Russia was looking for warm water ports on the Pacific Ocean. Russia leased the Chinese city of Port Arthur to operate during the winter months, but Japan worried that lease encroached on its sphere of influence.

Japan had cause for concern, especially in the far east. The Japanese Empire sought to dominate beyond the Korean Peninsula and later into Chinese-held territory and possessions. Russia was working to expand its own borders in the east as it had in the west, pushing further and further into Europe.

In an effort to defuse a possible war, Japan offered to recognize Russian dominance in Manchuria, where Port Arthur was located. In exchange, Russia would recognize Korea as a dominion of the Japanese Empire. The Russians declined the Japanese peace offering and instead set up a buffer zone across the 39th parallel. More than ever, the Japanese began to think of Russia as its chief regional rival.

Japan decided that war was coming and launched a surprise attack on the Russian Eastern Fleet docked at Port Arthur in 1904. The war did not go well for the Russians, especially in the early days. It would ultimately be a huge blow to the prestige of the Russian Empire and propel Japan as a major power in the Far East.

One of the major engagements of the Russo-Japanese War was the 1905 Battle of the Tsushima Strait. It was the first time modern steel battleships met each other in combat, so the world was watching with interest.

The battle was a complete rout for the Russians, resulting in the destruction of the Russian fleet as an effective fighting force. Japanese casualties were relatively light, with 117 dead and more than 583 wounded. Among the wounded was a young Isoroku Yamamoto, who lost two fingers in the battle.

At the time, Japanese Naval Regulations required any sailor losing three fingers to be discharged from the service. Yamamoto narrowly avoided this fate, and went on to become the Commander-in-Chief of the Japanese Navy. During the Pacific War with the United States, the U.S. learned Yamamoto’s flight plans on April 18, 1943 and targeted his plane. He was killed in the aerial attack.