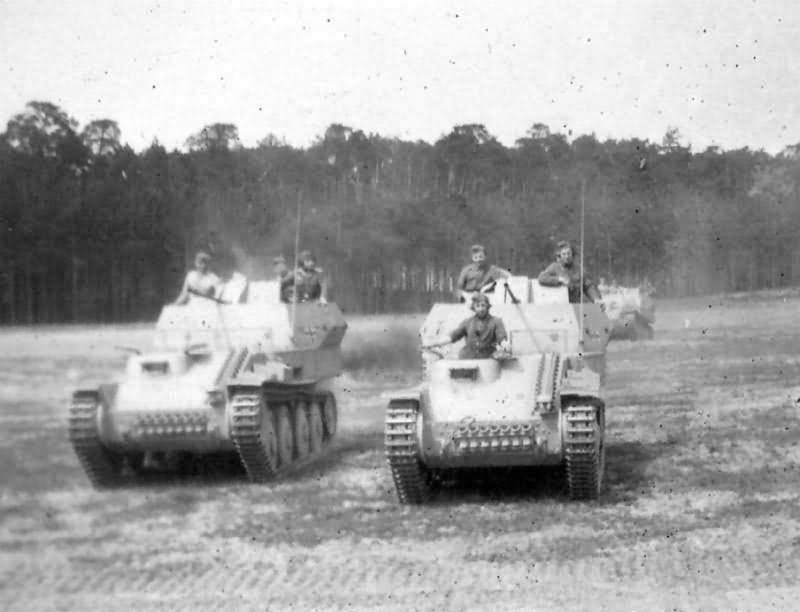 German tanks are lauded as being some of the most advanced armored vehicles of WWII. Although extremely complex and unable to be produced in the quantities needed to stave off the eventual allied advance, German tanks were fearsome opponents on the battlefield. Interestingly, one of the most common tanks to be fielded by the Nazis during the early years of the war came not from Germany, but from Czechoslovakia.

The ČKD LT vz. 38 was a light tank developed for the Czechoslovak Army in the 1930s. With its simple design, good maneuverability, and punchy armament, the vz. 38 was a popular inter-war tank. Export variants were ordered by Iran, Peru, Lithuania, and Switzerland. Even the British Royal Armoured Corps ordered a trial model. However, following the annexation of Czechoslovakia in 1939, the ČKD factory, as well as current and future vz. 38s, fell under German control.

The Czech tank was adopted into the German Army as the Panzerkampfwagen 38(t). Its good range and speed coupled with a 37mm main gun gun and two 7.92mm machine guns made the 38(t) an excellent addition to the German motorized forces. In fact, Germany ordered continued production of the tank to augment its Panzer I and Panzer II tanks at the onset of WWII.

The Panzer 38(t) performed well during the invasion of Poland in 1939 and the Battle of France the next year where it was a favorite of Erwin Rommel. It carried a better gun than its German counterparts and was more reliable with better sustained mobility. In one documented case, an armored regiment was supplied with Panzer 38(t)s driven straight from the factory in just under 3 days instead of the anticipated week, with no mechanical breakdowns. Variations of the 38(t) were also sold to other Axis nations including Hungary, Slovakia, Romania and Bulgaria.

In 1941, the German invasion of the Soviet Union brought forth the deadly Soviet T-34 tank. With its sloped armor and deadly gun, it easily outclassed the 38(t) and other tanks being used by the Germans. Although production ended in 1942, the highly mobile chassis of the 38(t) was still used. Captured Soviet 76.2mm guns or German 7.5cm PaK 40 field guns were mounted on top to create the Marder III tank destroyers. This concept evolved into the Jagdpanzer 38(t) Hetzer light tank destroyer, still built on the 38(t) chassis. The Flakpanzer 38(t) self-propelled anti-aircraft gun also used the original Czech chassis.

By the war’s end, the 38(t) was all but outdated. Even the heavier hitting 75mm gun on the Hetzer was not enough to balance out the vehicle’s thin side armor and reduced mobility and reliability caused by the added weight. Although few original Panzer 38(t)s survived the war, a large number of Hetzers were produced and remain on display today to carry on the Czech tank’s legacy.