This Kiwi WWII tank might be the worst tank ever built 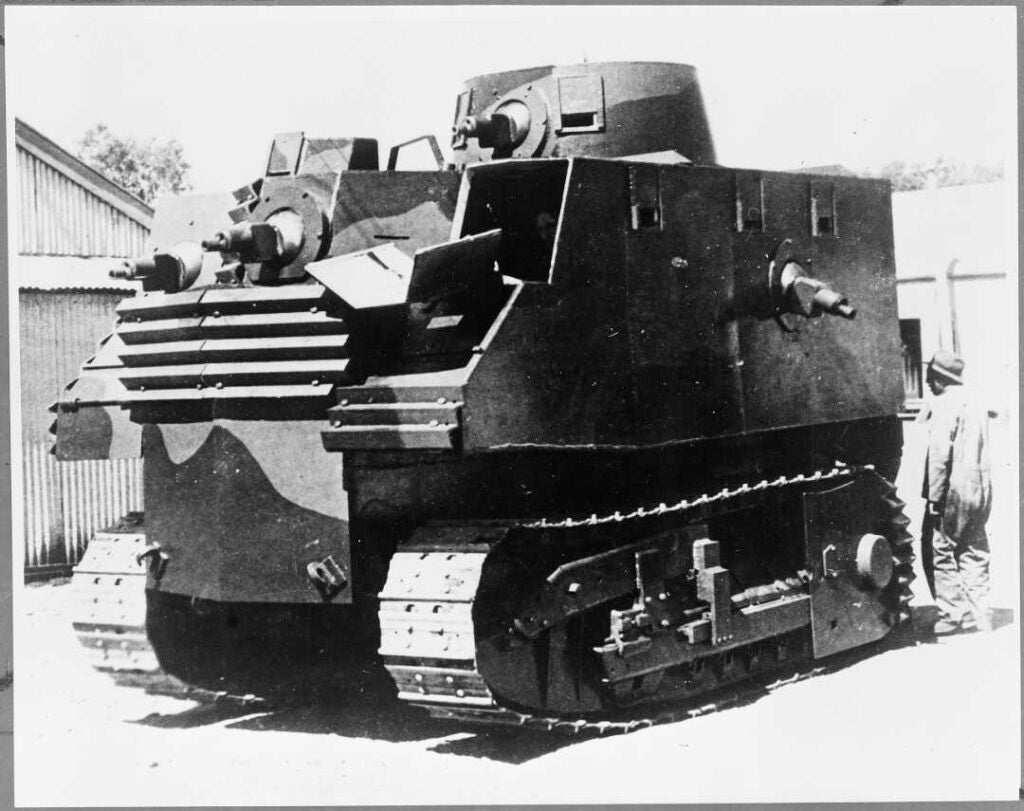 When it comes to the worst tanks in history, there are plenty of designs that never made it off the drawing board that are eligible for the title. However, it’s when one of these awful designs is actually produced that history takes note. This is the case with the Bob Semple tank from New Zealand.

In defense of the Kiwi armored vehicle, the Semple tank did not have the benefit of a long development period or national industrial might. Rather, it was hastily design and built in anticipation of a Japanese invasion of New Zealand.

Like Australia, New Zealand had no tank-building industry during WWII. Both countries expected Great Britain to provide them with tanks to fight the Japanese in the Pacific. However, the fall of France in mid-1940 saw much of the British Army’s armored strength abandoned on the European mainland. With no help from Britain in sight, New Zealand Minister of Works Bob Semple took his country’s defense into his own hands.

Semple was inspired by the American Disston Six Ton Tractor Tank, a 1937 tank made by building an armored box on top of a Caterpillar Model 35 chassis. With no formal blueprints or designs, Semple worked off of an American postcard that depicted the conversion of a tractor into a tractor-tank.

The Public Works Department had dozens of Caterpillar D8 crawler tractors readily available, so Semple used the D8 as the basis of his tank. While not ideal, he used corrugated iron to build the tank itself as it was the only suitable material locally available. Armor was provided in the form of corrugated manganese plating which was expected to deflect bullets, but would do little to protect the vehicle from proper cannon rounds.

The Semple tank weighed 25.4 tons and was powered by a 127-hp diesel engine. This gave it a top speed of 15 mph. However, the tractor gearing restricted the Semple tank to slow speeds. Moreover, it actually had to stop to change gears. Even at slow speeds, the tractor chassis meant that the Semple tank suffered from intense vibrations on the move that made it difficult to shoot from. For armament, Semple could only equip his tank with six Bren machine guns — one on each of its sides, two in the front, one in the turret, and one at the rear.

Slow, heavy, poorly armed, and barely armored, the Semple tank was an objectively awful tank. However, it was technically a tank. More importantly, it was a genuine attempt by Semple to prepare his country for an enemy invasion. Although the tank was eventually discarded after it drew public ridicule, Semple defended his design reportedly saying, “I don’t see anyone else coming up with any better ideas.”

In the end, three Semple tanks were built. One reportedly went to the Pacific in 1944 after its armor was stripped, likely to serve as a conventional tractor and not a tractor-tank. While the Semple is remembered as one of the worst tanks ever built, the difficult conditions of its creation must be taken into account. After all, while it wasn’t very good, it was better than nothing.