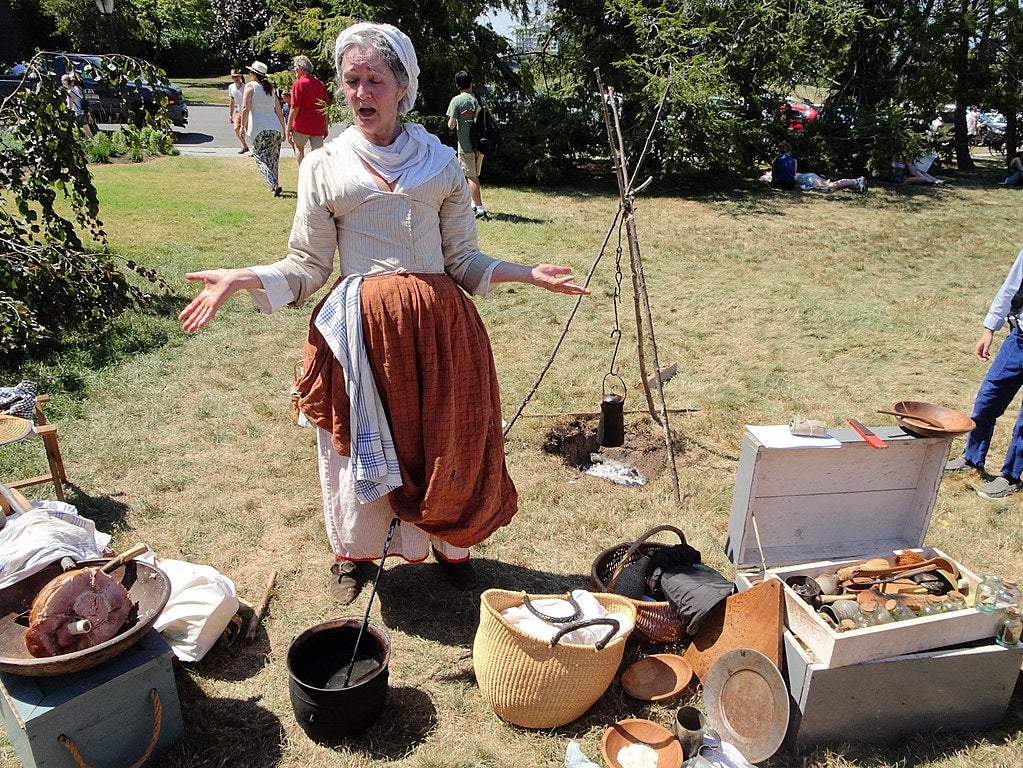 A camp follower is someone who follows an army willingly to several destinations while on campaign. This could be relatives of the soldiers or certain people who could provide special services to the soldiers. Most professional forces in the medieval era never permitted families or merchants to tag along with soldiers, but there was an unwritten rule to follow the armies closely instead. This lessened the logistical burden on commanders, especially if they were on fast-paced campaigns.

While army campaigns were considered the most dangerous activities, it was important for soldiers to have a support element close by. During the American Revolutionary campaign, thousands of women volunteered to serve the army as followers. They would perform services such as nursing, cooking and laundry. Most of them were widowed women, escapees or those who faced poverty as a result of the war. During winter encampments, wives of officials would also join the camp followers. Although everyone knew the importance of camp followers, they would often be blamed for straining the already scarce resources allocated to soldiers.

By carrying out traditional domestic tasks, camp followers would contribute to the soldiers’ well-being. One very crucial duty of camp followers was being a washerwoman for specific high-ranking officers who were required to be hygienic at all times. The washerwomen would also maintain hygiene around the campsite, clean utensils, and ensure a constant supply of clean drinking water. Taking these responsibilities would prevent the spread of infectious diseases among the soldiers, keeping them healthy and strong for battle. While camp followers were expected to provide these services for free, some would take advantage of situations and develop into entrepreneurs.

During the revolutionary war, many soldiers fell sick, which prompted General George Washington to recruit more camp followers to work as nurses. It was so serious that in 1777, Congress passed a law that authorized the payment of nurses who served the continental army. These nurses would be paid 8 dollars every month. Even though serving as a nurse earned the followers money, no one fancied the job because it was unpleasant and exposed them to many diseases.

Additionally, women and men who cooked for the large armies would receive equal wages for their work. In rare cases, women followers would join men in combat. Camp followers were always considered in the ration distribution, which became a challenge during colder seasons when food was scarce. Nonetheless, the commanders were expected to provide for them just like the soldiers awaiting battle. When times became tough, some of the camp followers would be sent back home where they could easily get food and water.

Special treatment was given to the elderly, children and pregnant women, and when some were sent home, they would be prioritized. Unfortunately, some soldiers in the army would abandon the course to go back home with their families, something that posed a threat to the army. For this reason, some commanders like George Washington would let the followers tag along. This decision drastically reduced the chance of desertion.

Commanders would also punish women who engaged in activities such as stealing, prostitution and disobedience. In worst cases, they would be sent home with others. Camp followers were undoubtedly important because they fulfilled social obligations as well.