Why Saint Michael is the patron saint of warriors 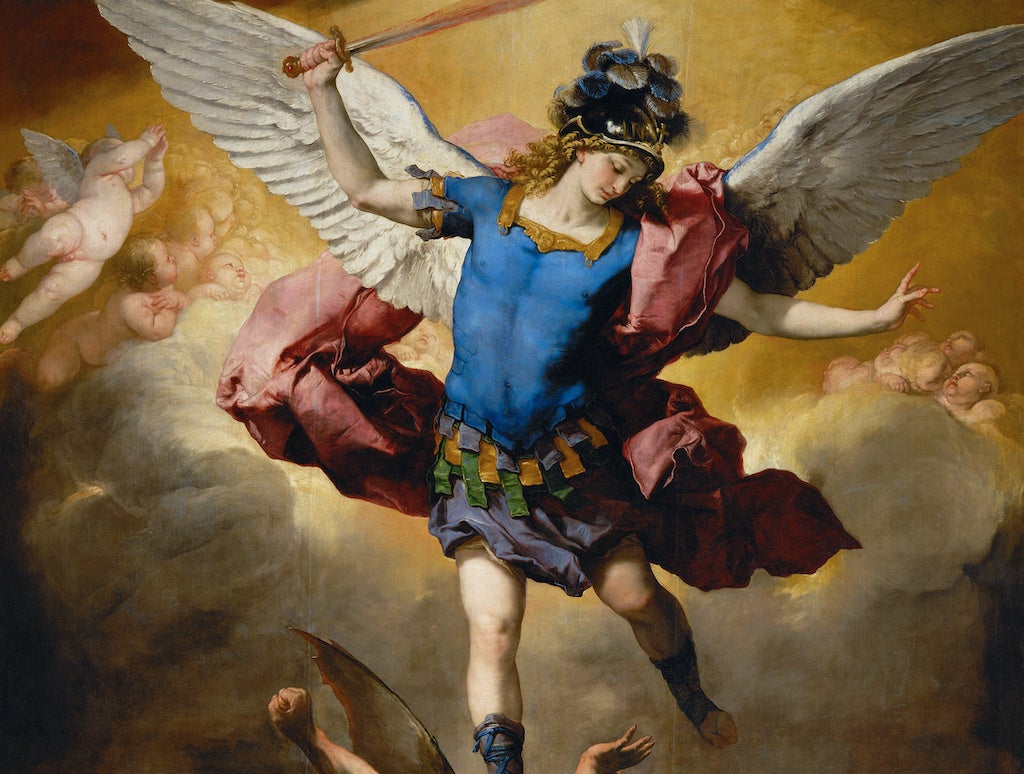 Saint Michael in The Fall of the Rebel Angels by Luca Giordano.

Saint Michael is a familiar name in many religions. He is the angel who battled in the heroic heavenly war as documented in the Sacred Scripture. Three main religions, Islam, Christianity and Judaism, quote Saint Michael as a significant figure to be respected and admired. He is recognized as the head of the Lord’s army of angels and is accountable for having headed the battle against Satan and his demons, throwing them to Hell.

Saint Michael is considered the patron of wars and soldiers since he has offered protection to numerous military personnel globally. Indeed, he is believed to have intervened for the souls of multiple fallen soldiers, making sure that they passed away in a realm of grace before the Lord. Considering the patronage of Saint Michael over the wars and soldiers, troops hold their unique connection to him so highly.

Saint Michael the Archangel is documented in the Old Testament of the Bible, a concept of Christian teachings from the earliest periods. The Archangels are recognized as God’s most-trusted helpers since they are powerful, solid and dedicated to Christ’s word and the Kingdom of Heaven. In the Bible, Saint Michael is documented to be sent to Jacob, Moses, Abraham, Daniel and other essential figures during world history to spread Christ’s word and his Gospel.

Saint Michael is frequently an angelic warrior, entirely armed with a sword, helmet and shield. In an illustration, you may see him standing over a dragon, serpent or the conquered figure of Satan, who he sometimes stabs with a lance. Saint Michael is responsible for being the Church’s defender and Satan’s key opponent in Catholic traditions and writings.

At the hour of death, Saint Michael is leaned on for help since, in the traditional sense, he is responsible for helping those dying and standing by their side during their specific judgment as to their advocate.

Saint Michael’s association with the military

The patron of military troops and wars, Saint Michael is a mighty warrior and protector of God’s children. Given that many military forces consider themselves children of God, they are confident that under the protection and guidance of the Archangel Saint Michael, they will conquer their enemies and be safe all through their missions.

You may come across many troops or veterans with tattoos of Saint Michael. Also, there are magnificent Saint Michael medals that are believed to have the power and protection of the Archangel himself. Therefore, wearing the medal offers a sense of safety and guidance as they feel the Archangel is by their side and watching over them. It gives them the courage to take down any challenges and face any threat, simultaneously reinforcing their commitment with faith.