Today in military history: German airship Hindenburg crashes - We Are The Mighty 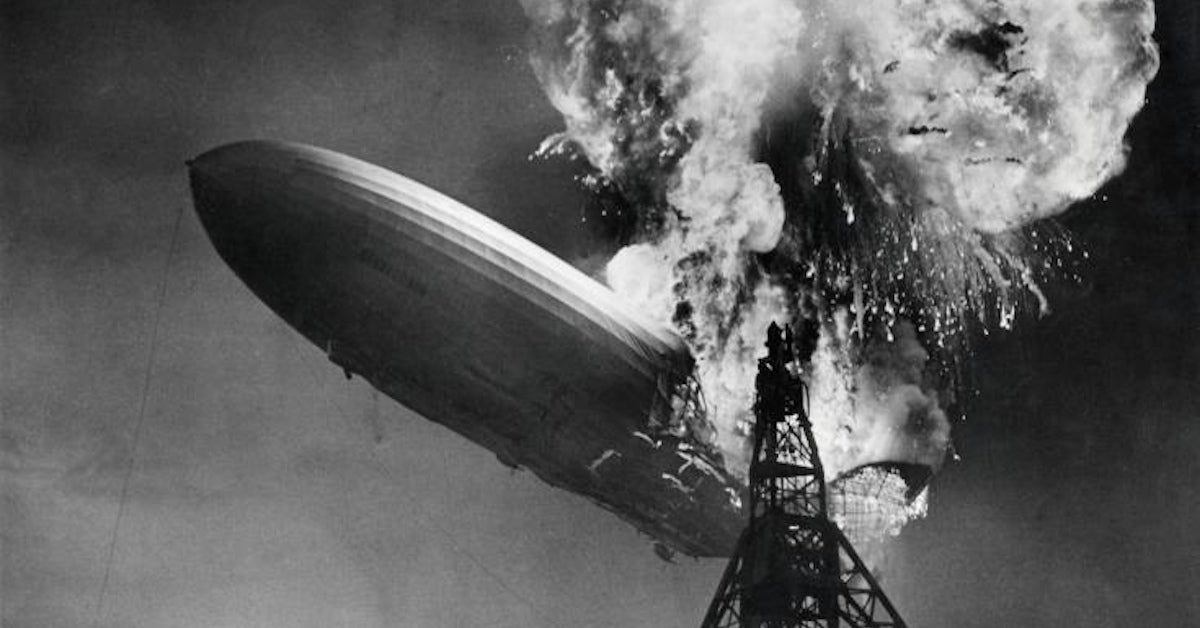 On May 6, 1937, the German airship Hindenburg burst into flames while attempting to moor after a trans-Atlantic flight.

Billed as the largest airship ever built — nearly the size of the RMS Titanic — the Hindenburg had begun regular passenger service from Germany to the United States the year before, carrying commercial passengers (who, by the way, were allowed to smoke in the on-board smoking lounge…) across the Atlantic.

The hydrogen-floated airship had departed Frankfurt, Germany, three days before, bound for the first of ten round trip crossings to the United States in a time when airplanes were not yet a viable trans-Atlantic option.

The trip had been relatively uneventful until a storm began to brew in Hindenburg’s path. To avoid the inclement weather, Capt. Max Pruss re-charted his course over New York City, creating a sensation in Manhattan. He waited out the storm hovering over the Atlantic before ordering his ship to Lakehurst, New Jersey.

With heavy winds requiring challenging maneuvering, it was said to be a difficult landing. Nonetheless, the Hindenburg dropped her mooring lines and successfully tied in to the landing winches on the ground. Still, disaster was imminent.

The cause of the fire is still much debated, but the hull of the warship incinerated within seconds as it fell 200 feet to the ground, killing 13 passengers, 22 crewmen, and 1 civilian ground worker.

Surprisingly, 62 survived, but most of them were left with substantial injuries. As the radio reporter Herbert Morrison so famously uttered that day, “Oh the humanity…”

Hindenburg’s tragic disaster marked the end of the airship era.