The wild story of Princess Caraboo - We Are The Mighty 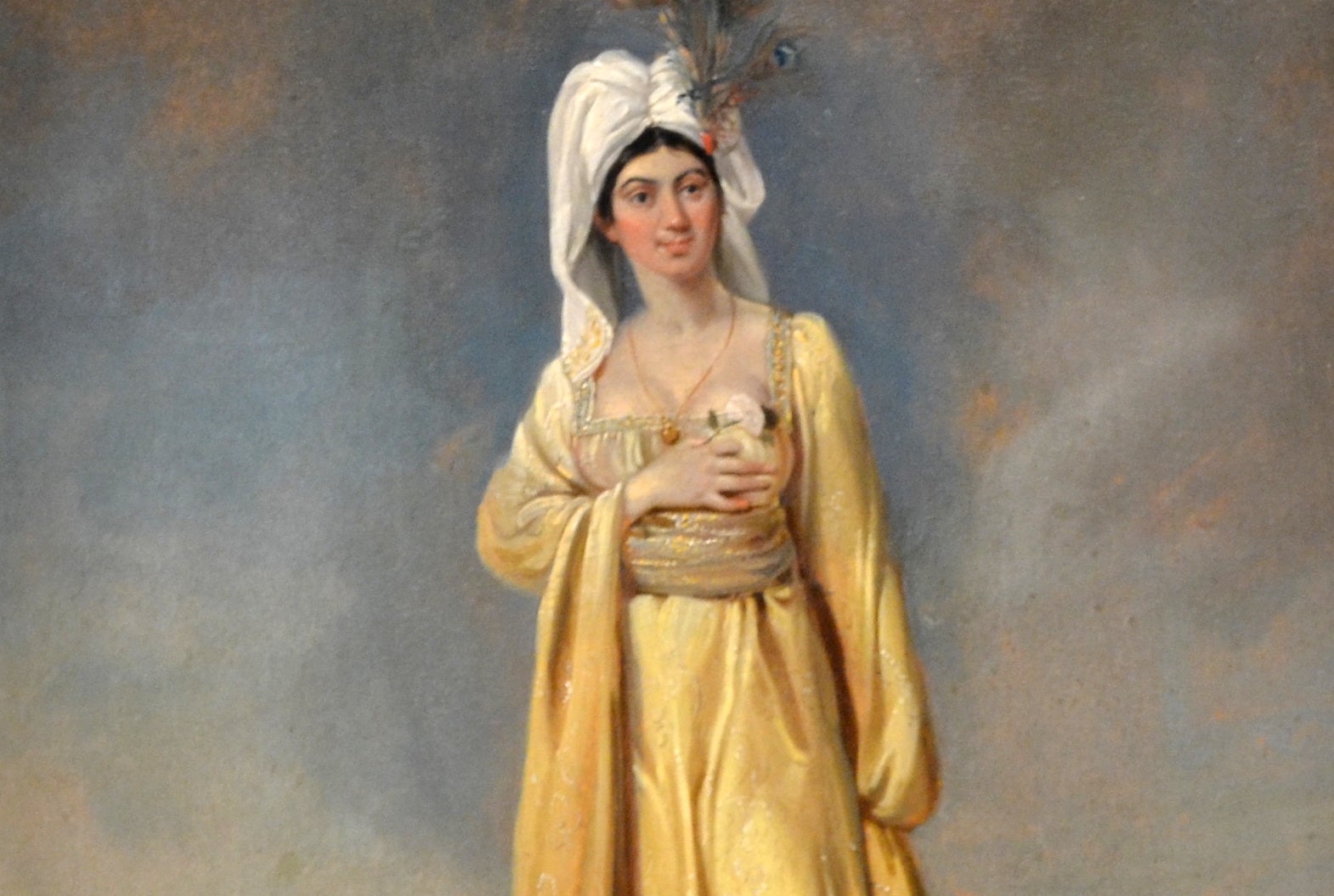 Princess Caraboo, you say? But who in the world is that? Let’s paint a picture.

Rat-a-tat-tat! The village cobbler sprang to his feet when the knocking started. He peeked out and saw a strange woman standing in the dark.

The peculiar lady wore a muslin-laced gown and a black shawl. She spoke, but the cobbler struggled to understand her odd gibberish. Some villagers even heard her call herself a ‘princess’ but that fact is still disputed by historians.

After a while, the young woman grew frustrated and began to mime her words. Eventually, the cobbler figured out she wanted food and a place to stay. It had been a long night for the little lady, wandering around and mumbling those weird words.

Not one to be had, the cobbler’s wife said, “Absolutely not!” She wasn’t about to let some stranger in her house – especially not this one making goo-goo eyes at hubby … even if she might be a princess.

What even are words?

Eventually, the young woman/”princess” found her way to the local inn. Once inside, she noticed several botanical prints on the wall. She must have still been hungry because she pointed to a sketch and whispered the word “Nanas.” As it happens, this was Indonesian for pineapple. Hmm. Maybe she was from the far east—but probably not.

Now, the villagers noticed that this girl had some weird habits. For one thing, she slept on the floor. For another, she went to the roof to pray to her god, “Allah Tallah.” She only ate vegetables and refused to drink anything but tea. She also swam naked in the lake. She was an odd duck, to say the least. Soon, she started referring to herself as Caraboo, and her behavior fascinated the unsuspecting locals.

An unsuspecting sailor or in on the con?

After 10 days of house-hopping and making up words, the young woman met a Portuguese sailor named Manuel Enes. Now, Enes claimed he could understand her absurd language, and he translated for the villagers. The woman told Enes she was Princess Caraboo of Javasu, a tiny island way out in the Indian Ocean.

Had even one of them consulted a map, they’d have discovered that no such place exists.

Nevertheless, the princess claimed that pirates had kidnapped her and brought her to England. Everyone believed it. Shiver me timbers. They were gullible!

Princess Caraboo’s fantastic stories made her famous in just a few months. She bought exotic clothes, commissioned a painting of herself, and hosted a ball in Bath, England. Eventually, a woman from a neighboring town recognized the alleged royal’s picture in the newspaper. Finally, the jig was up! As it turns out, Caraboo was actually Mary Willcocks of Witheridge in Devonshire. Talk about a con artist! Academics dismissed Willcock’s exotic language as “humbug” and informed everyone that she had made up her wild stories.

Needing a new audience, Mary fled to America, where she claimed to have been Napoléon’s mistress. She returned to England years later and posed again as Princess Caraboo, this time charging a shilling to be seen by spectators in London. Mary Willcocks eventually got out of the entertainment business and married a leech salesman, believe it or not. It seems she was consistently weird until the day she died.

To this day, the story of Princess Caraboo remains one of intrigue and astounding trickery. And as they say, there’s a sucker born every minute.

Speaking of fictional characters, here are 6 that were influenced by their military experience.