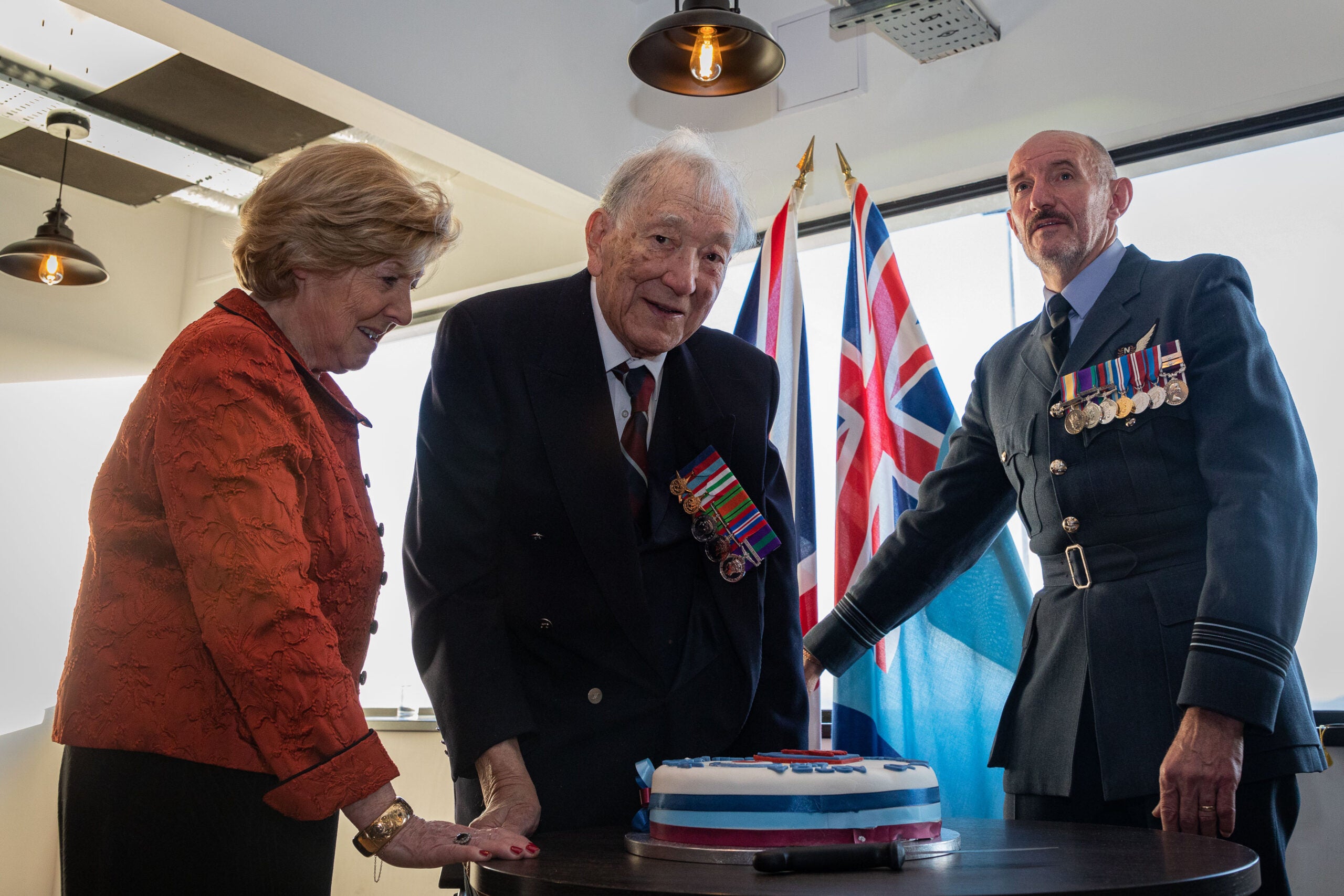 In 1944, 18-year-old Kaz Yajima was eager to join the British military and serve his country before WWII ended. He joined the RAF and was posted to South Africa for pilot training under the Empire Flying Scheme. Hoping to see action, Warrant Officer Yajima volunteered for No. 6 Squadron and arrived in Foggia, Italy on August 1, 1944.

During his service with the RAF, Yajima flew the Hawker Hurricane Mk. IV fighter plane on missions over the Mediterranean and Adriatic Seas. These missions included armed reconnaissance, anti-shipping and anti-submarine operations. During one mission, Yajima’s aircraft was struck by fire. A bullet penetrated his Hurricane’s canopy and ricocheted off of his goggles before exiting the other side of the aircraft. Yajima still has Perspex splinters below his left eye from the incident to this day.

In 1946, Yajima was demobilized and hung up his wings. However, he did not get around to applying for medals before leaving the service. So, the RAF took Yajima’s 100th birthday as an opportunity to correct this.

On December 15, 2022, Yajima and his wife, Freda, were welcomed to Teesside International Airport by an Honour Guard from RAF Leeming and Wing Commander Noel Rees, Officer Commanding No. 6 Squadron, the same squadron that Yajima served in. “It’s a massive honor to be here as Officer Commanding of a Squadron with such great heritage and of which Kaz is a major part – to wish him happy birthday and see the medal ceremony,” Rees said at the event.

After nearly 80 years, Yajima’s long overdue medals were presented to him. Naturally, a birthday cake was also presented. In a fitting tribute to one of their own, No. 6 Squadron flew a formation of two Eurofighter Typhoon fighter jets in a flyby finale. “The flypast did bring back memories although it was a very different aircraft,” Yajima told RAF News. “I think everything that’s gone into today has been really wonderful and I’m very grateful. I’m proud of the time I spent in the RAF, it was a great body to be part of.”