How prison saved this Army veteran - We Are The Mighty

How prison saved this Army veteran 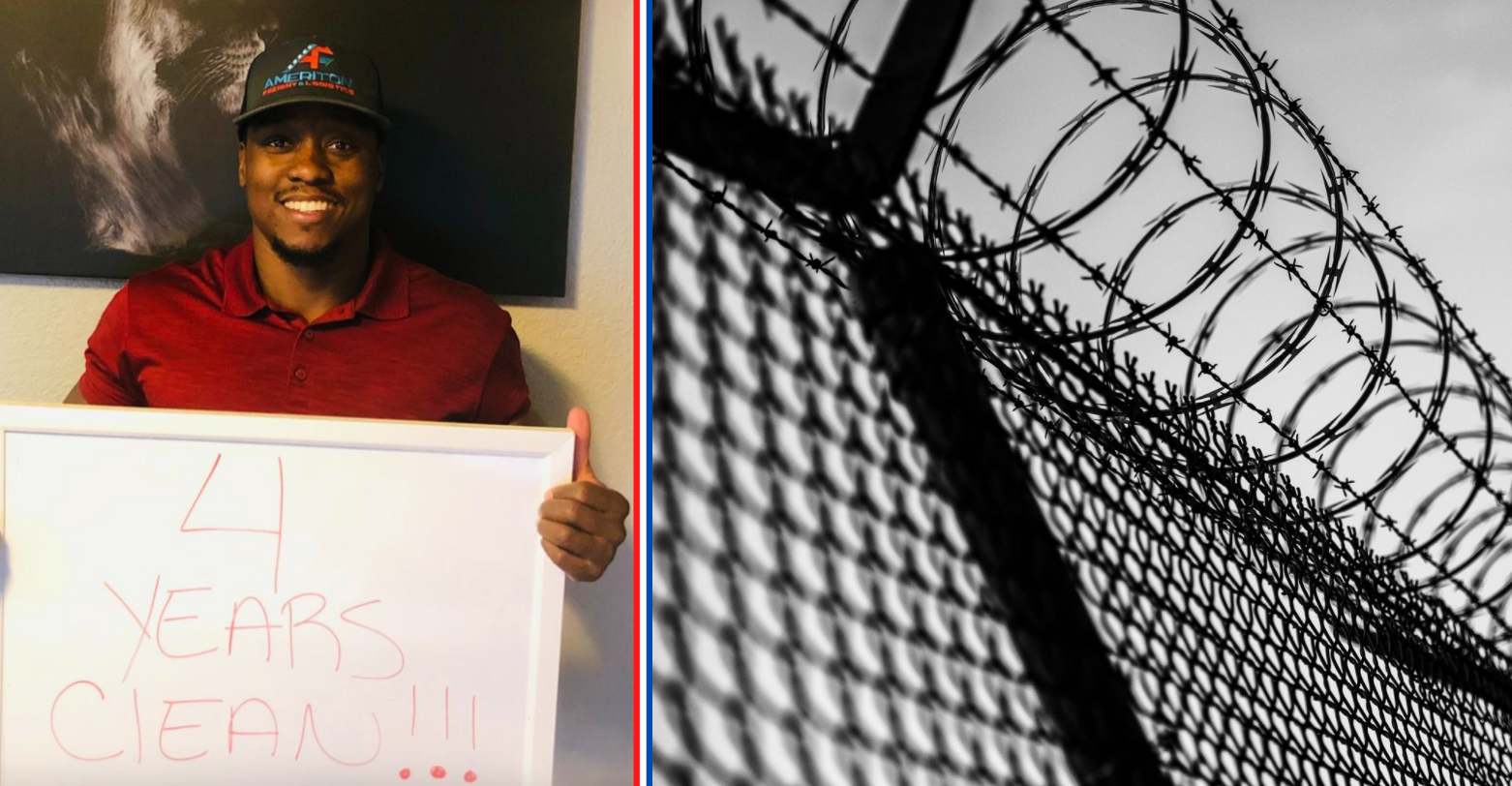 Army veteran Kenneth Carter wasn’t going to stop dealing or using drugs and alcohol, until prison forced him to. Rather than just bide his time behind bars, he used it to build a future he could be proud of. Now he’s helping others do the same.

On April 6, 2021 Carter shared in a LinkedIn post that he was four years sober. He hoped to inspire others by detailing his experience and sharing his truth, thinking maybe a few people would like the posting. Instead, over a half a million people responded with likes and it led to almost 50,000 comments.

Carter was in prison for two and a half years for trafficking cocaine. After being set up by someone he knew and dealing to an undercover police officer, you’d think it would have been the worst experience of his life. Instead, prison saved him. But his story and road to prison was long.

“My mom was in the Army and that’s what made me want to join. I heard all of the stories about her driving trucks, in the Army and wanted to do it too,” Carter said. “Immediately after highschool I joined and was in it before I even graduated. I was in basic training when 9/11 happened, that was really rough.”

He deployed to Kuwait for a year after graduating boot camp. Although Carter said he witnessed friends being impacted by serving in a combat environment, he didn’t think he was. Overtime, he noticed some changes in his own personality and behavior which he realized were connected to his time as a soldier. But he wouldn’t connect those dots until it was too late.

When Carter left the Army, he started driving trucks for civilian companies. Before the military, he wasn’t much of a drinker, he said. But slowly he found himself reaching for alcohol more and more. A tragic accident would make it even worse.

Carter had forgotten his lunch at home one day, so he drove back to get it. On his way down the road he passed a man on a bicycle as he was making his way through a construction zone. Carter passed him, eventually making a right turn to get on his route. Unbeknownst to him, that man on the bicycle had sped him to try to pass him at the same time. The bicyclist hit the truck and lost his life.

Carter said he’s never shared that part of his story before, until now.

“It haunted me. I started thinking about what I could have done. I had to speak to the family and the children of the man. It was really rough,” he explained.

Traumatized after the death of the bicyclist, he quit his job and began drinking even more. “It was six days a week. There was a guy who offered me coke [cocaine], saying it would balance me out. I ended up trying it and it was very addictive and it led me to wanting to sell it,” Carter shared.

Five years later, he would be caught selling to the undercover officer. Despite facing charges and being out on bond for a year, Carter said he kept doing drugs and drinking. “Nothing phased me until I went to prison,” he explained. His time behind bars would lead to deep reflection and the recognition he didn’t like who he had become.

Through processing it all, Carter would come to realize there were moments in his life which led to the prison cell. His mother was a proud soldier but when she went to serve, she had to leave her children with her mother, their grandmother. “There were four of us kids and she abused me constantly,” he explained. “I try to forget about it, really I was just suppressing it.”

The military has long been an escape for many individuals hoping to create a better life than what was waiting for them as a civilian. A 2018 RAND study of the Army found around 25 percent of soldiers joined for pay, benefits and around 22 percent joined to leave a negative environment.

When Carter found himself behind those bars, he did everything he could to feel because for so long, his emotions had been shut off. The avoidance and boxing of emotions is common in trauma survivors. “I went into my cell and looked at the mirror, which was just metal. I looked myself dead in the eyes and I had to see myself…I felt embarrassed,” he said. “I shed a few tears because it hurt, deeply.”

He spent the rest of his time in jail building a company. Two months after he left prison, he officially launched Ameriton Freight and Logistics. When he looks back on the past year and a half since walking out a free man, he sees more work to be done. “I am not satisfied because I want to be further but I am happy where I am at,” Carter said.

Carter never shared his experience of abuse, until now. As a child he was taught there was no help out there and if there was, not to trust it.

“Being black…we always said, Black people don’t do therapy. It just doesn’t happen. There’s a stigma against it. ‘Why do you need to talk to a white person about your problems, they don’t understand.’,” Carter explained. He’s found himself mentoring a lot of men and youth of color for that very reason, helping them by sharing his story and experiences.

As Carter looks back on his traumatic childhood, military service and his subsequent fall from grace, he’s grateful. The experiences, both good and bad, have shaped him into who he is today and it’s a person he can joyfully look at in the mirror and see reflecting back at him. Carter hopes his story will inspire others to begin their own journey of sobriety and healing, too.