The Army posthumously promoted the first black Colonel to General 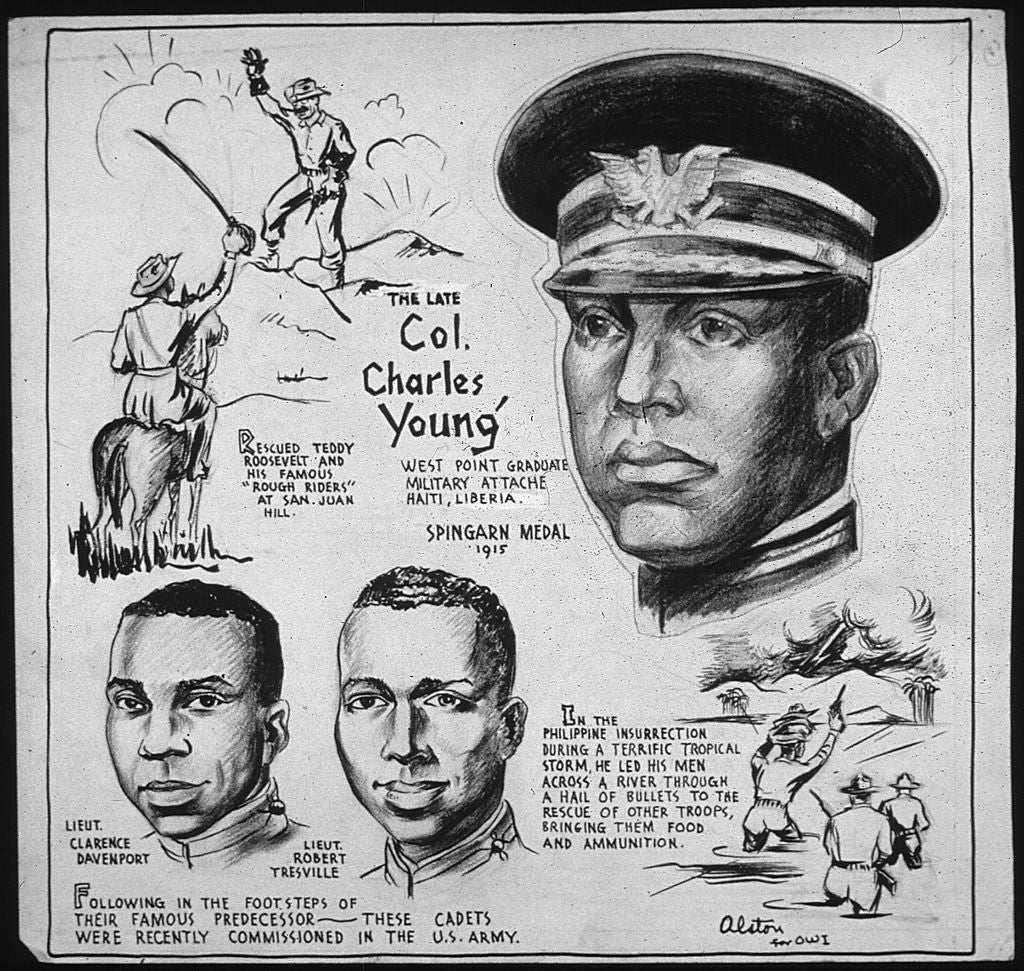 Rising through the ranks requires a person to demonstrate great leadership, competence, and trust, among other qualities. For some service members, it also requires that they have the strength and determination to overcome institutional racial prejudice. One of the greatest examples of such perseverance in a soldier is Brigadier General Charles Young.

In 1864, Young was born into slavery in Kentucky. The next year, his father escaped to Ohio where he joined the 5th US Colored Heavy Artillery Regiment and fought in the Civil War. After the war and the ratification of the 13th Amendment, Young and his mother joined his father in Ohio. Attending an integrated high school as the only black student, Young excelled in academics, music, and foreign language. In 1880, he graduated at the top of his class. Afterwards, he taught at the new local black high school.

In 1883, Young’s father encouraged him to apply to the United States Military Academy and make a career out of the Army. He was accepted and reported to West Point the next year as the ninth African American cadet in the school’s history. Shunned by his fellow cadets for his race, Young struggled academically and failed his first year math class. He repeated his plebe year and went on to fail an engineering class. However, Young persisted and graduated with a commission as a second lieutenant in 1889. He was West Point’s third black graduate.

Young was initially assigned to the 10th Cavalry Regiment before he was reassigned to the 9th Cavalry, both of which were segregated units made up of black Buffalo Soldiers. He served at various western posts and rose to the rank of captain. In 1903, Young even became the first black national park superintendent. Under his leadership, Buffalo Soldiers completed some of the first wagon roads in Sequoia National Park.

In 1904, Young was reassigned to the newly formed Military Intelligence Department. He became one of the department’s first military attachés, and the first black US military attaché, serving in Haiti. In 1908, he returned to the 9th Cavalry and served in the Philippines. Four years later, Young became the first black military attaché to Liberia where he expertly advised the country’s government on the construction of its infrastructure. In 1916, the NAACP awarded Young the Spingarn Medal, the association’s annual award for outstanding achievements by an African American.

With the 1916 Punitive Expedition into Mexico, Young was able to demonstrate his bravery and leadership on the battlefield. On April 1, 1916, then-Major Young commanded the 10th Cavalry’s 2nd Squadron. During an engagement at Agua Caliente, he led his men on a cavalry pistol charge and routed Pancho Villa’s forces. More importantly, Young did not lose a single trooper under his command. Two weeks later, Young and the 10th Cavalry rescued the non-segregated 13th Cavalry after they were corned by Mexican troops and took heavy losses. The 13th’s commander, Major Frank Tompkins, reportedly exclaimed that he could kiss every one of the reinforcements. Young, leading his formation from the front, reportedly quipped in reply, “Hello, Tompkins! You can start in on me right now.”

In September 1916, for his extraordinary performance and leadership in Mexico, Young was promoted to lieutenant colonel. He was the first black man to earn a colonelcy in the US Army. With the country’s entry into WWI imminent, there was also talk of Young being promoted to general. However, racism from white officers within the ranks led to political resistance. A white lieutenant under Young’s command complained to Secretary of War Newton Baker about having to serve under a black officer. In turn, Senator John Sharp Williams of Mississippi complained to President Woodrow Wilson on the lieutenant’s behalf.

Baker responded to the complaint saying that the white officer should, “either do his duty or resign.” However, Wilson overturned Baker’s decision and had the lieutenant transferred out of Young’s command. Following this precedent, Baker decided it would be best if Young did not serve in Europe since he would likely have more white officers serve under him and be eligible for promotion to general. Instead, the War Department removed him from active duty under the guise of high blood pressure. Young was placed on the inactive list with the rank of colonel on June 22, 1917.

Not one to give up, Young appealed to Theodore Roosevelt for a reinstatement. The former president was in the midst of forming a volunteer division to serve in France and offered Young command of one of the black regiments. However, President Wilson refused Roosevelt permission to organize the division entirely. Barred from the war, Young served as professor of military science at Wilberforce University through most of 1918. However, he still wasn’t done fighting.

Insulted by the false pretenses under which he was removed from active duty, Young was determined to prove his fitness. On November 6, 1918, he rode 450 miles on horseback from Wilberforce, Ohio to Washington, D.C. Although the ride worked and Young was reinstated on active duty as a colonel, Secretary Baker did not rescind the order for Young to be forcibly retired. In 1919, Young was sent away to Liberia to again serve as military attaché.

Young never left military service. In late 1921, during a reconnaissance mission in Nigeria, he suddenly became seriously ill. On January 8, 1922, in a British hospital in Lagos, Young died of a kidney infection. Because he died in a British hospital, his body was required to be buried in Lagos for one year before it could be repatriated to the United States. When Young’s body returned to New York, large crowds gathered to pay their respects. He received a full military funeral at Arlington National Cemetery and his obituary was even printed in The New York Times.

In February 2020, Kentucky Governor Andy Beshear posthumously promoted Young to honorary Brigadier General in Kentucky. The governor also requested federal recognition of the promotion which was approved on November 1, 2021. On February 1, 2022, the Department of Defense posthumously promoted Young to Brigadier General in recognition of his outstanding service to his country.