'Top Gun: Maverick' is amazing: Spoiler-free review - We Are The Mighty 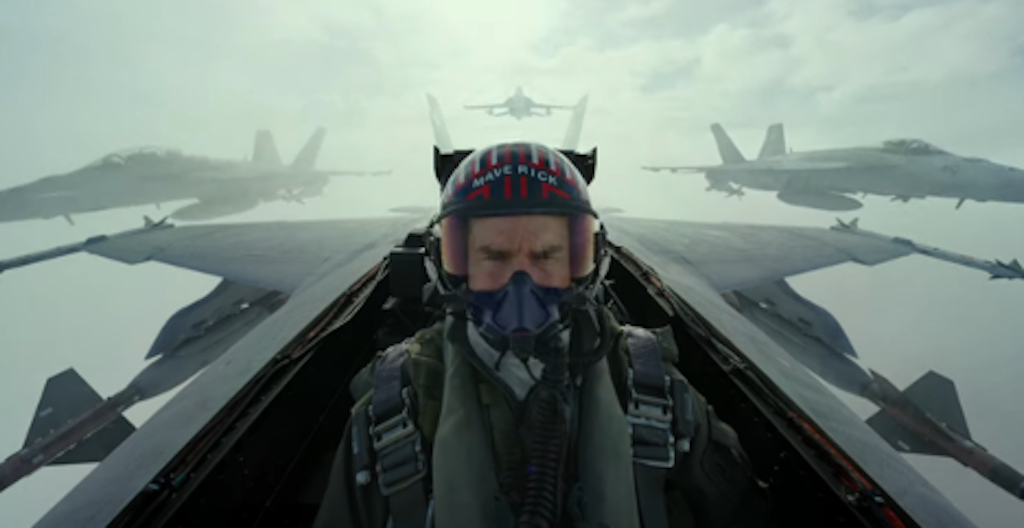 From the moment those first music notes hit, our entire theater was buzzing. I went in rooting for this film — and if you have any affection for the original, then you should, too. Top Gun: Maverick honors the best of the 1986 cult classic — and manages to outshine it, a rare feat for a sequel.

Maverick captures the most beloved aspects of the original film — the camaraderie among pilots, what it takes to be excellent, the sacrifices made by military service members and their families, and of course the high octane thrills. Even more poignantly, it manages to explore combat trauma, fear and meaningful relationships that make the stakes of the film incredibly high.

As an Air Force veteran, it took me back to the thrills and mischief of the fighter community. It could seem campy or overdone to an outsider, but the truth is, when you’re in it the traditions, the jokes, and the utter shenanigans match the intensity of a pilot’s training, risks and expertise. It is over the top but it is fun as hell to be in it. I was an intel officer in the Air Force and I spent a year with the 25th Fighter Squadron (Pilsung) and this film sure cracked open some memories. In many ways, a fighter squadron is what I imagine living in a frat house to be like — if Greek life also had life and death ramifications. Pilots work hard and play hard, and Top Gun: Maverick captures that vibe sensationally.

If you’ve seen the behind the scenes mini documentary about how it was filmed (and you should), then you’ll know the actors were up in real jets filming themselves for their scenes. The cinematography is fantastic. More than that, this film doesn’t just pit hotshot pilots against one another for bragging rights — it shows how challenging and physically demanding it actually is to pull g’s in an aircraft while maintaining spatial awareness, operating weapons and flight controls, and you know, not crashing or getting blown apart.

But what will leave the most lasting impression — and what I’d argue makes for Oscar-worthy acclaim — are the relationships that are at the heart of the film. This is one where the risks feel higher than normal in an action film because they feel real. The sacrifices at stake are unbearably high, as anyone who has lost a friend or loved one or, heaven forbid, a child can attest.

I’ll be thinking about this film for a long time.