China has been building multistage ballistic missiles for centuries 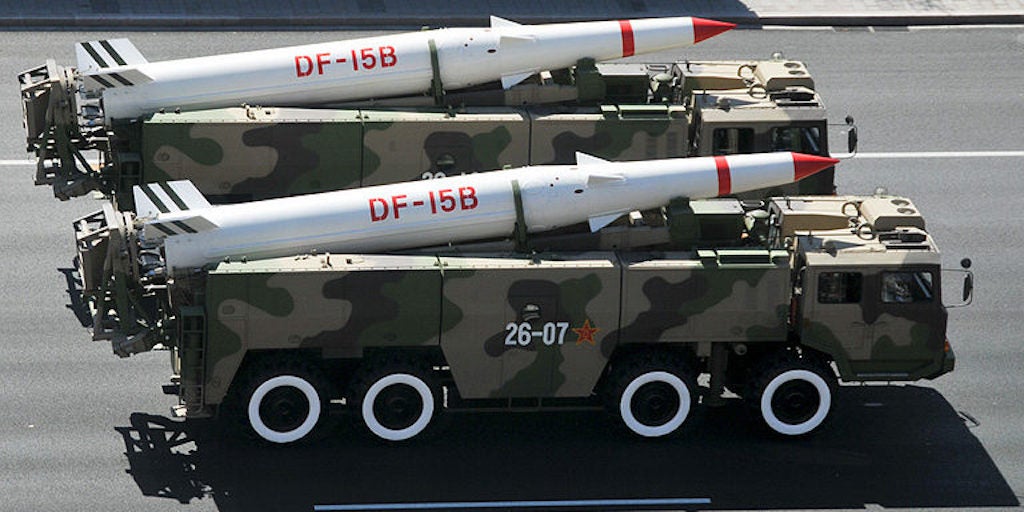 These days, all China hawks can think about are the People’s Republic of China’s anti-carrier Dongfeng multistage ballistic missile, specifically, the DF-26. The DF-26 has been dubbed the “carrier killer” because it’s thought to have a range of 2,000 miles and can hit moving targets. If they also happen to be hypersonic, the Navy currently has no means of defending against them.

China actually fields a number of Dongfeng missiles, with varying ranges of fire. Many of them are road-mobile, some carry multiple reentry warheads, and are capable of both nuclear and conventional payloads. The idea, some believe, is to force other nations to give the Chinese a 2,000-mile bit of personal space.

The heavy reliance on multistage ballistic missiles shouldn’t come as a surprise to those who know their military history in the Far East. The Chinese have been building this kind of technology since the 1400s.

Obviously, the idea of a titanium- or aluminum-alloy rocket going to space and returning to earth to kill huge numbers of Mongols in Manchuria in a huge nuclear fireball. That would be ridiculous. China’s Ming Dynasty in the 1300s was building a million-strong standing army that would help the dynasty last some 300 years.

To do that, they not only needed a weapon that would strike fear in the hearts of their enemies, they wanted it to be an effective weapon of war. After all, it wouldn’t do much in the way of striking fear if it didn’t actually cause death and destruction. What they needed was some technology-led battlefield wizardry.

Enter the dragon: More specifically the “Fire Dragon Out of Water” or Huolongchushui. It was China’s earliest foray into the world of multistage rockets and ballistic missiles, and it was made from wood and gunpowder. While that sounds pretty simple, the effect of the Huolongchushui, especially on naval vessels, could be devastating.

When fired, the rear rockets would burn first, propelling the dragon skyward. As the initial stage burnt out, the second stage fuses – for the head rockets – would ignite. The second stage rockets were connected to arrows that would shoot out of the dragon’s mouth toward the enemy, four rocket-propelled burning and exploding arrows.

It was an early multistage ballistic missile with multiple reentry vehicles. Most importantly, it was effective on both land and water, with wooden ships of the time being particularly susceptible to incoming rocket-propelled flaming arrows coming at high speeds.

Huolongchushui could even have a booster in its belly that fired even more rockets toward the enemy formation. Imagine being busy on the battlefield, killing the enemy with swords and pikes and then seeing they have ballistic missiles. Huolongchushui no doubt inspired the intended fear in the enemy.

So the idea of China protecting what it sees as its sovereign territory with a huge array of multistage rockets, missiles, and other projectiles is nothing new. One might say it’s been Chinese military doctrine since an emperor sat on the throne in the Forbidden City.