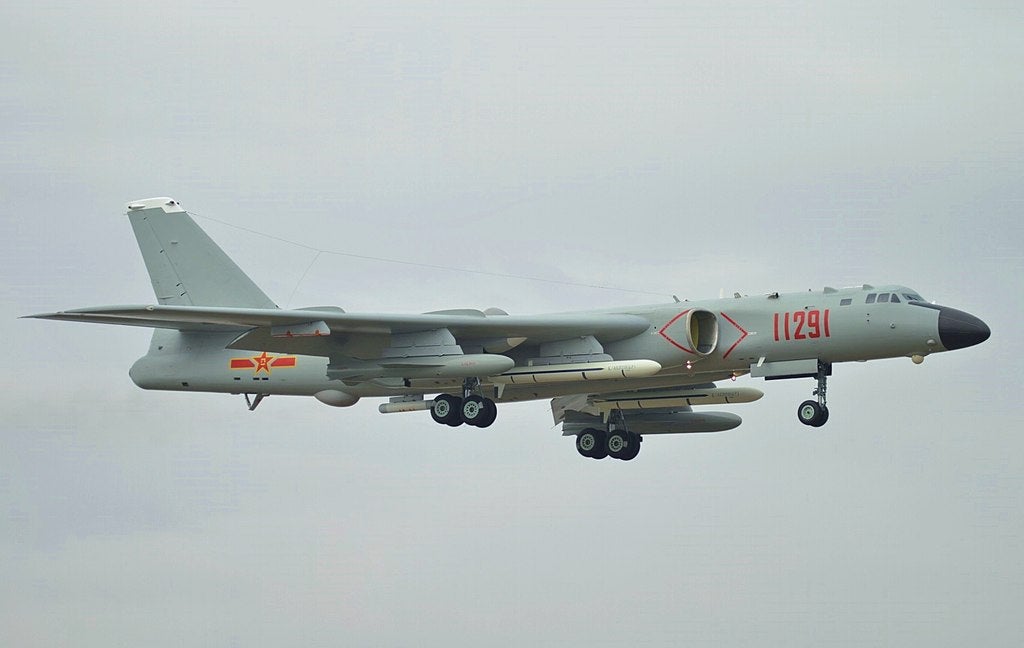 A Xian H-6K bomber landing at Zhuhai Jinwan airport ahead of Airshow China 2018.

Anti-ship ballistic missiles are the latest and greatest in naval warfare, but they’re not new. The only reason Argentina stood a chance against the United Kingdom’s Royal Navy in the Falklands War is because of the French-built Exocet missile – which the HMS Sheffield learned about the hard way.

So it makes sense that any up-and-coming naval power would integrate anti-ship missiles into its array of naval weapons. There’s no better example of this than China’s People’s Liberation Army Navy. The PLA Navy not only integrated the tech, it’s making improvements to an already-deadly weapons system and its built the biggest one ever.

China’s Navy relies heavily on missiles, be they surface-to-air missile batteries or anti-ship ballistic “carrier killer” missiles that have multiple conventional warheads. Its latest addition to that impressive array is the world’s largest anti-ship missile.

Not much is known about China’s latest and greatest projectile, but what is known is enough to make some refer to it as a “sputnik moment,” referring to the Soviet Union’s 1957 launch of the first man-made satellite into space. It was a moment that made the United States realize it was lagging far behind the USSR in terms of technological innovation and advancement.

The Chinese missile is launched from H-6 Xian bombers, a Chinese redesign of the Soviet-built Tupolev Tu-16 Badger bomber. These redesigns mean the Xian H-6 is much more advanced than the Badger bomber, which first entered service in 1954. Each Xian H-6 can only carry one of these massive new missiles, which have to be slung underneath the plane’s fuselage.

The main body of the missile is 33 feet long, according to Naval News. It’s joined with a hypersonic missile and that about all anyone else knows about it. Americans seem to believe its designed to attack new aircraft carriers like the USS Gerald R. Ford, which would be a new, unique ability for strategic bomber aircraft.

Hypersonic capabilities also mean it would be much more difficult for a carrier like the Ford to detect and defend against. The only information anyone can rely on is what is already known about China’s existing hypersonic arsenal, including the land-based Dongfeng-17 missile.

Since the Df-17 carries a maneuvering reentry vehicle that allows it to hit moving targets, its a good assumption that China’s massive unknown anti-ship ballistic missile has the same or similar capabilities, but given the size of the missile, it doesn’t even need an explosive warhead to be able to sink a ship in the middle of the ocean.

The Xian H-6 is thought to be a workhorse for the Chinese Navy, given its recent advancements. Not only is it a great leap forward in naval aviation technology and capable of carrying China’s massive new anti-ship missile, it has other capabilities. It is also a mothership for China’s WZ-8 reconnaissance drones, which are also slung under its central fuselage.

As carrier-centric battle groups are becoming increasingly powerful and central to war planners around the world, it makes sense that a core component of Chinese military doctrine would center around countering the power of the U.S. Navy’s 11 aircraft carriers.

As it works to counter the American carrier threat, China is also building an aircraft carrier fleet of its own, however, making it susceptible to the same anti-carrier technology its developing and demonstrating for the world to see.