Why this retired Air Force OSI agent became a winemaker 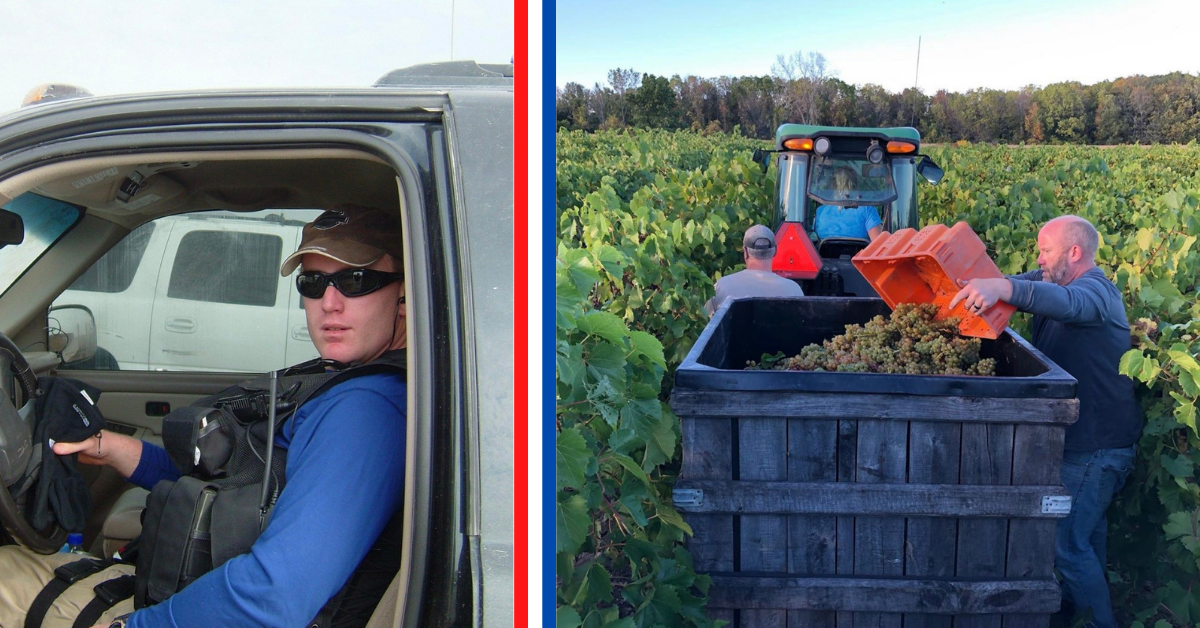 After dedicating 20 years of service to the country as an Airman and Office of Special Investigations agent, Retired Master Sgt. Corey Christman was ready for something a little bit different. Winemaking, of course.

Christman didn’t set out to become a winemaker and truth be told, he sheepishly admits to preferring beer most of his life. But he also never imagined a 20-year career in the Air Force with the majority of it as an OSI agent, either.

“I thought I would just try it for four years and see what happens,” he laughed.

Christman enlisted in 1992 and found himself serving much longer than he originally planned. In September 2001, he was stationed in South Korea when the world and his military service changed forever. “It was nighttime where we were and I had the TV on, watching the smoke pouring out of the first tower. I thought a helicopter hit it and went to bed,” he shared.

Just a few minutes later, his phone rang with an order to report to work, immediately. “I turned the TV back on and saw the second tower in flames. We had to shut the base down and evacuate people out of the downtown areas,” Christman said.

He went on to serve another 11 years as an OSI agent. “I got to travel all over the world. Places like Iraq, Saudi Arabia and Afghanistan, primarily doing counter intelligence. Basically where we try to chase the bad guys and figure out what they’re doing before they do it,” he added. “I was fortunate enough to serve with some really high caliber people. It’s something I miss greatly.”

When he retired in 2012, Christman began to take an interest in winemaking. Enrolling in a certificate program through Washington State University helped him gain the knowledge he’d need.

“It was a commercial winery operations program and also focused on grape growing,” he explained. “Then shortly thereafter, I just sent an email to the New York Wine and Grape Foundation. So the following day, I got an email from a winemaker named Peter Bell at Fox Winery. And that just that email was, ‘Hey, listen, when can we meet?’ The next day, I was in a car. Here’s an opportunity and I didn’t want to miss it.”

Christman grew up in upstate New York, along the shores of Lake Ontario. Though many may think of the Napa Valley region as where wine is made, the Finger Lake region of New York is where it’s at. In a USA Today National Reader’s Choice poll from 2018, it was rated number one.

Equipped with the knowledge and seven years of winemaking through Anthony Road Wine Company , Bravery Wines was founded in 2020. Through a unique partnership, both are creating limited quantity high-quality wines together. And in 2021, money was donated from each wine bottle purchase to the Yellow Ribbon Fund.

“It quickly became a conquest of figuring out how to learn but also make great wines. Without great fruit you cannot make good wine. It’s taking me almost 10 years to get to where we are today,” Christman said.

He was open in sharing how the Finger Lake wine region operates like one big family. “They will move heaven and earth to help you. It’s incredible how mutually supportive everyone is of each other,” he said.

You can find him growing world-class grapes and building quality wines with Anthony Road Wine Company, but Christman didn’t leave his old OSI agent job too far behind in the rear-view mirror. “I am a behavior analyst coach and help teams hire the right people,” he shared.

Though Christman never imagined he’d be where he is today and said he owes it all to the strangers who believed in him and offered their support. It’s advice he hopes to pass on to other transitioning veterans. “The path isn’t always known and sometimes what I found is it takes some courage to not only ask for help but to accept it,” he implored. “I think the military equipped me with initiative and those types of things but I think it also equipped me to believe in people that you don’t know. I think sometimes as humans it’s hard for us to do.”