Today in military history: FDR attends Tehran Conference - We Are The Mighty 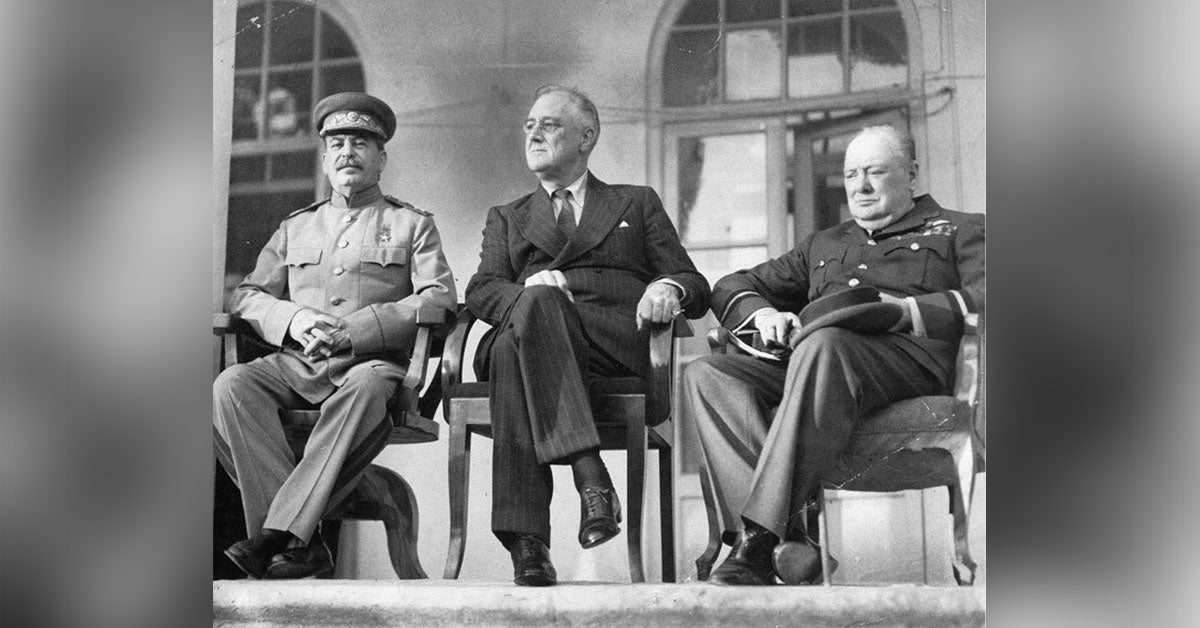 The Allies met to discuss strategies for achieving victory against Nazi Germany and Imperial Japan. It was the first time FDR would meet Stalin in person. In Tehran, “The Big Three” devised “Operation Overlord” which would become the invasion of Normandy the following June.

Stalin then promised that once Hitler was defeated, the Soviets would help the Americans defeat the Japanese in the Pacific. Roosevelt also secured Stalin’s support for his plans for the United Nations.

At Tehran, Roosevelt outlined for Stalin his vision of the proposed organization in which the future United Nations would be dominated by “four policemen” (the United States, Britain, China, and Soviet Union) who “would have the power to deal immediately with any threat to the peace and any sudden emergency which requires action.”

It was altogether a successful meeting, with a path laid for the end of World War II — and beyond. The three Allied leaders discussed the fate of Eastern Europe and Germany in the postwar period, including the border revisions of Poland and the reintegration of the Republics of LIthuania, Latvia, and Estonia into the Soviet Union.

Featured Image: The “Big Three”: From left to right: Joseph Stalin, Franklin D. Roosevelt, and Winston Churchill on the portico of the Russian Embassy during the Tehran Conference to discuss the European Theatre in 1943. Churchill is shown in the uniform of a Royal Air Force air commodore.