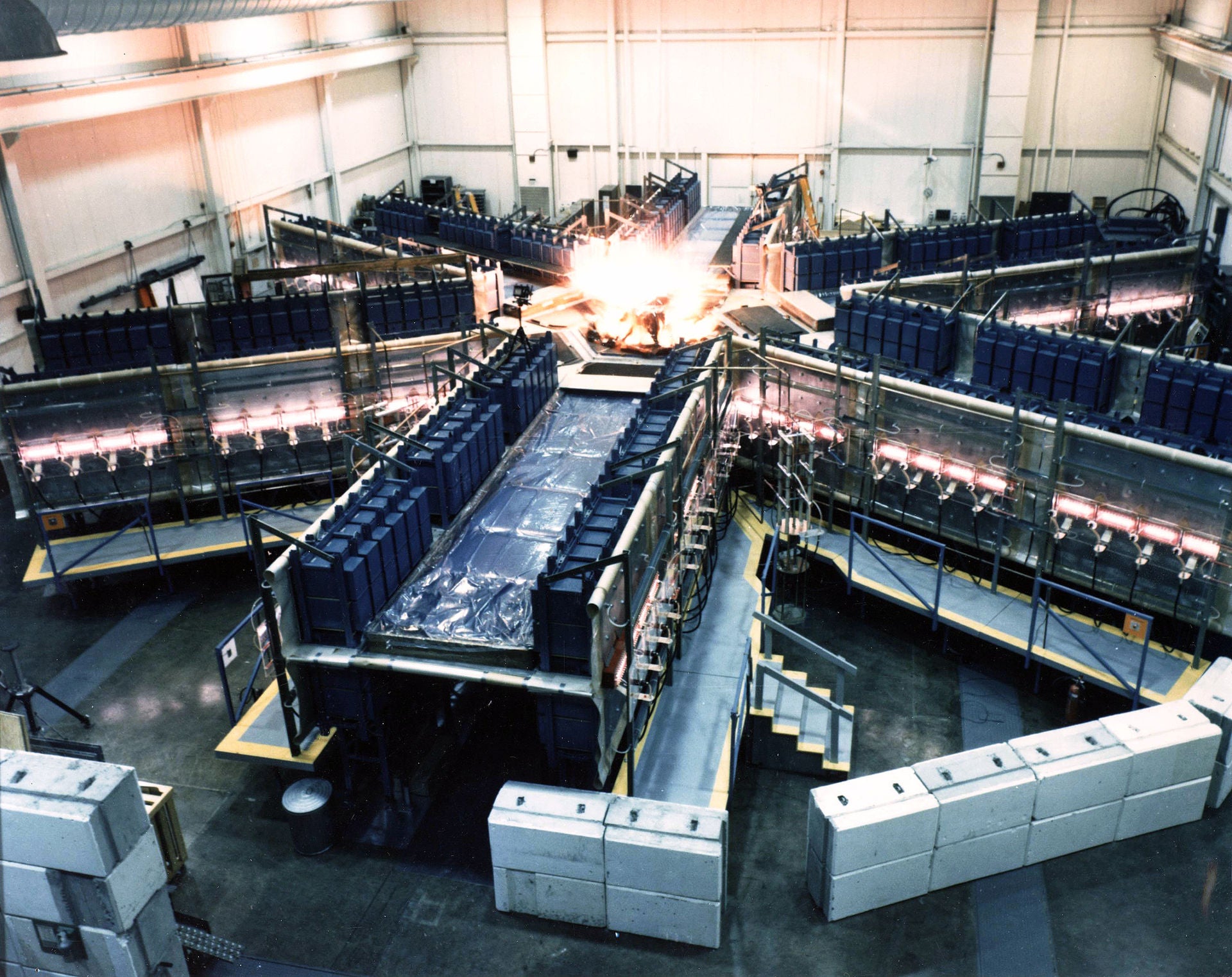 While Vladimir Putin is busy touting Russia’s newest line of hypersonic weapons he is seemingly whipping the world into a frenzy about missiles flying past early warning systems. The United States is playing catch up in this area of weapons development – at least it is in public.

In private, the U.S. military might be way ahead of Russia in the area of ultra-fast projectiles, but we’ll never know because most of its early developments have been classified. If the shooting stars and the stuff hits the fan, Uncle Sam might pull the “Marauder” out of mothballs.

It’s no secret the United States has been working on effective rail gun technology for years. A railgun is a weapon that uses electromagnetic force to fire a projectile at high velocity, some at speeds of up to Mach 6. The U.S. Navy and Air Force have both developed railgun prototypes. The Navy even developed the ability to fire multiple-shot salvos but neither service has effectively fielded a weapon.

These weapons programs even look to be losing steam, especially when compared to the development of hypersonic missile technology.  The Air Force has been at this game for decades, though, and its previous work is more advanced than anything coming out of the Navy Department, Russia, China or even Kim Jong Un’s wildest dreams.

In 1993, the Air Force Research Laboratory finally published an experiment in high-velocity plasma projectile weapons. It was named “MARAUDER” – or “magnetically accelerated ring to achieve ultrahigh directed energy and radiation.”

A traditional railgun uses electromagnetic forces to drive a solid metal projectile slug to superspeeds. The Marauder uses the same principle in firing the weapon, but instead of the slug, Marauder’s projectile is superheated, donut-shaped ionized gas particles: plasma.

Where the electromagnetic railgun fires a projectile at supersonic speeds of up to Mach 6, the Marauder would fire its one-meter diameter plasma rounds at 10,000 kilometers per second, or 3% of the speed of light.

The U.S. Air Force Research Laboratory must have made some significant progress in a short time, because computer simulations started in 1991, an experiment was conducted in 1993, and the whole thing was classified not long after. No one has heard a thing about the program since 1995.

According to one report published just over a decade after the whole thing went dark, the Marauder program was capable of firing ball lighting bolts that would explode on impact with the force of five pounds of TNT. The bolts would also send out heat, potentially superheated metal shards, and an electromagnetic pulse that would scramble unshielded electronics.

Basically, the Marauder was everything an army could possibly hope for in the area of field artillery: an ultra-fast, super-destructive gun whose ammunition was only limited to how much power the army could produce for it.

That last issue was the real sticking point. Although the technology used to develop the Marauder was theoretically laying the groundwork for more advanced energy production, namely some kind of fusion reactor, powering the weapon proved costly.

It also cost a few million dollars every time the U.S. wanted to experiment with the technology, which is a much more likely reason the experiment ended up classified in mothballs.