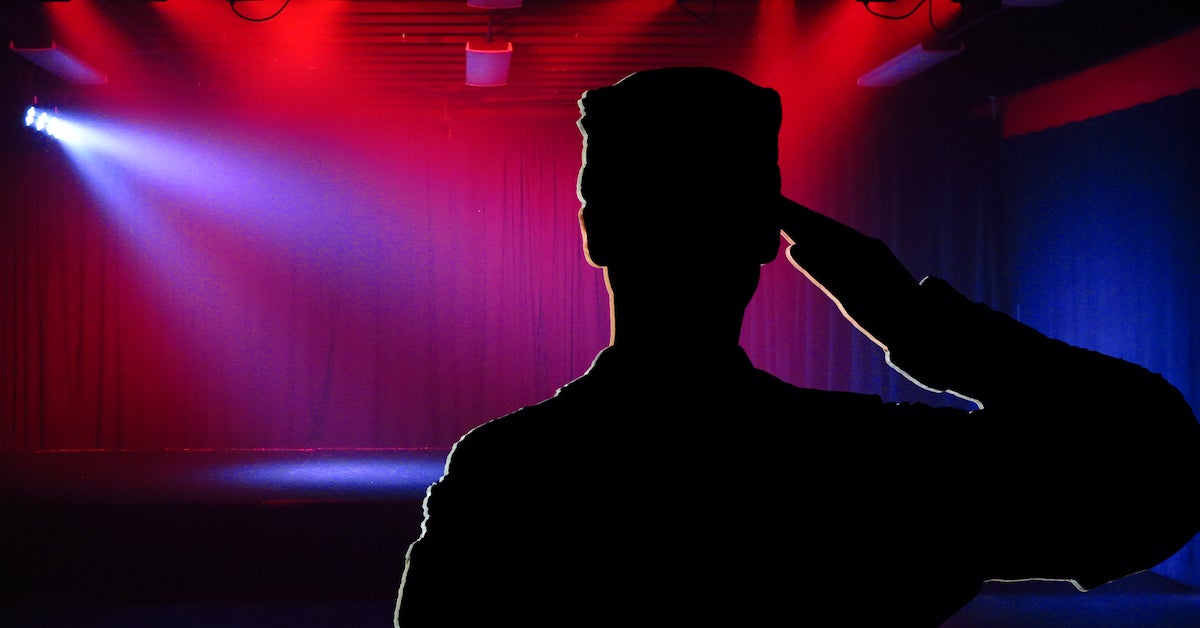 When special operations combat veteran Addison Blu was stationed in Afghanistan over Christmas, it wasn’t exactly like holidays back home. Now a writer, Blu teamed up with New Musicals Inc. to write a mini musical about his experience. Wrought with gallows humor and profanity, the tone will strike true to any veteran who was stationed overseas during the holidays.

Released before the U.S. withdrawal from Afghanistan, the songs could be triggering or cathartic, depending on your state of mind while watching. This is not a claymation musical for kids. This is the truth of what it was like for decades of veterans who served in the war-torn region.

There’s an endless amount of evidence that shows that the arts have a way to help veterans — especially combat veterans — explore their experiences and find healing and catharsis after trauma. New Musicals Inc.’s “So Proudly We Hailed” web series honors veterans by dramatizing and musicalizing their story in their own words. They pair veteran honorees with an artistic team comprised of a composer, lyricist, director and dramaturg who help shape the vet’s story into a short musical re-telling on a digital platform.

After filming the first eight episodes of the series, including “Christmas in Afghanistan,” the creative team is now raising funds to film the five remaining finalists. Stipends go directly to Veterans.

Check out their indiegogo campaign to help contribute to their veteran program!

For any veterans currently experiencing distress, there are people you can talk to.

The Veteran Crisis Line is also available around-the-clock at 1-800-273-8255 (veterans should select option 1 for a VA staffer.) Veterans, troops or their family members can also text 838255 or visit VeteransCrisisLine.net for assistance.