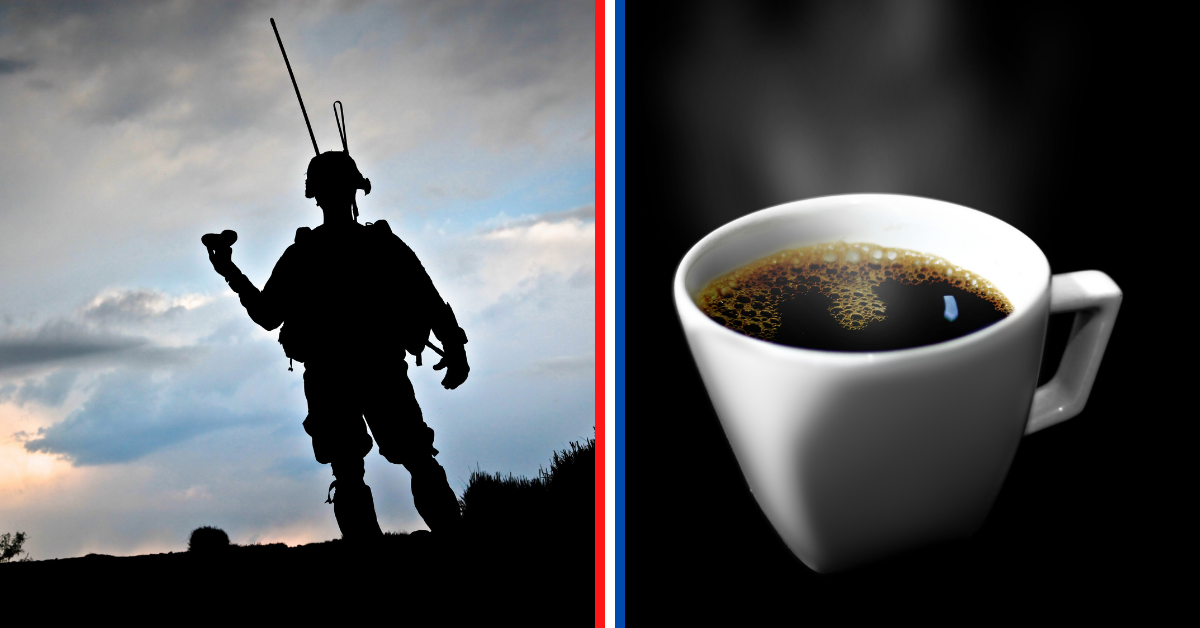 Coffee has long been a part of American military culture. For sailors in the last century, a good cup of joe is a must for sea-storytelling – and these veterans just launched a brand-new, ecommerce shop filled with traditions, sea stories and some really good coffee.

Though coffee is a given on Navy or Coast Guard ships these days, it used to be alcohol sailors loved to drink. During President Woodrow Wilson’s administration, his Secretary of the Navy, Josephus Daniels, issued General Order 99 on June 1, 1914 – banning the consumption of alcohol on military ships. All this was to “clean up” the image of sailors, so they turned to the next best thing: really strong coffee.

“Old Salt Coffee is really about Navy culture. It’s about relationships that span from the olden days from Master Chiefs who’ve been at it for a long time to new sailors beginning the journey,” co-founder and retired Navy Commander David Fulwider, explained. “The other founder and I had been talking about going into a coffee business for a long time. We actually got serious about buying a Kona coffee farm but couldn’t convince our wives to move.”

“With my civilian career I was fortunate enough to be able to travel the globe. I began to develop a taste for different types of coffee,” Fulwider said. “And I’m not an expert, but I kind of know what I like and it came upon me at one point that wine has 600 different flavonoids. Coffee has 1500 and it has so many different aspects to it in terms of taste and it really just fed my interest in coffee. And now it’s such a passion.”

Though the team is made up of mostly Navy veterans and “military brats,” Air Force veteran and television producer Eric Begley was a welcome addition.

“One of the things that I just love about this brand is the sense of community. I even tell my kids, ‘service to your country gives you something that you will carry for the rest of your lives,’” he shared. “I got out 20 years ago and I’m still really tight with my friends. The Naval community in particular is really special. I love watching how they engage online together, it almost gives you chills.”

The coffees all have unique names like Battleship, Green Eyes (for Special Forces), Silent Service, Haze Gray, Liberty Call and Brown Shoe Blend. Each purchase also comes with purposeful giving, with a portion of the sales benefiting specific nonprofits.

Passion for the military and serving runs deep for this team with many of their family members serving through multiple generations. Though the theme of the business may revolve around the seagoing services, its message resonates with the entire Armed Forces.

Fulwider commissioned in 1972 after completing his four years at the Naval Academy. Though he was on active duty for a time, he transitioned to the reserves as a pilot until he retired in 2000. Begley served from 1989 through 1993, after an injury sidelined him from his role as loadmaster on the C130s.

“I’m a TV producer these days and I’ve talked to a wide variety of people. I’ve met a ton of veterans and done stories on tragedies and triumphs and everything in between,” Begley shared. “I was in the Air Force and I didn’t kick in doors and go door-to-door or anything like that. But there is a common bond no matter what branch you are in.”

Sitting over a good cup of coffee is also a shared experience for many, evoking memories and emotions. For Begley, it’s a moment of peace before the chaos of everyday life and for Fulwider, laughter-inducing memories of his veteran father and his refusal to allow his mother to wash the coffee pot because it had the “good coffee oil” on it.

In April of 2022, the group worked with country-music singer Brandon Davis to write Stand the Watch. They filmed and produced the video for the tune aboard the Battleship USS Missouri in Hawaii. It was a special endeavor and tribute to the heroes of the sea and Old Salt Coffee’s Battleship Blend donates $1 to the memorial for World War II battleships Missouri and New Jersey.

Though their official watch is over, Old Salt Coffee stands ready to support the next one. One cup of coffee at a time.

To find out more about this veteran-owned company and get your Old Salt Coffee, click here.