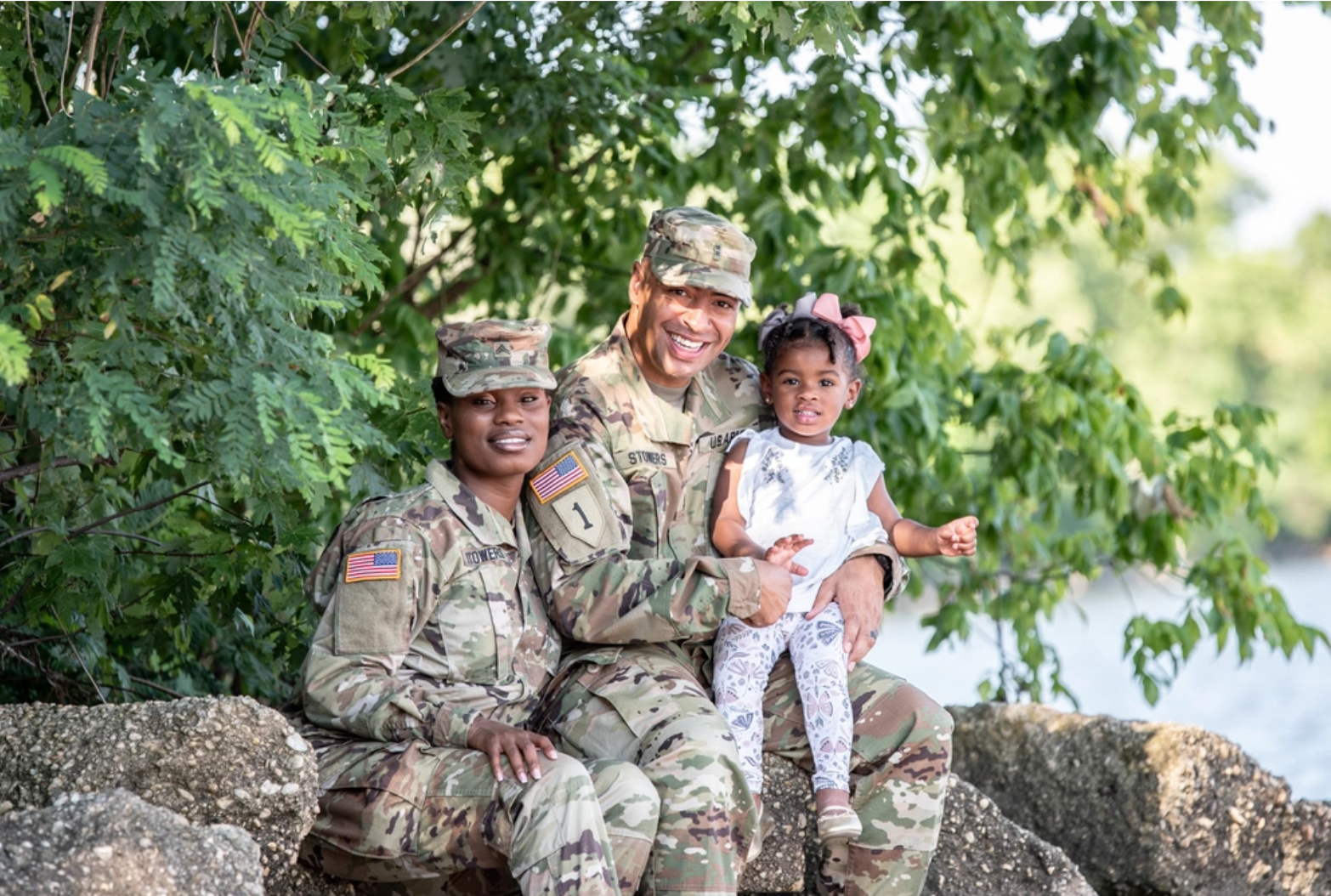 Photo of APG dual military family for APG Military Appreciation cover honoring the unique sacrifices made by our service members. US Army photo.

Each July marks the start of National Military Consumer Month, a time when the calendar encourages active military personnel, their families, and veterans to be on the lookout for scam artists who try to take advantage of military consumers.

While most Americans greatly appreciate the service and sacrifice of military personnel, some may not realize the variety of challenges that military families face, particularly this time of year. This summer, nearly a million service members and their families are already packing up their homes and hitting the road to transfer to a new base or installation across the nation, or even internationally. This regular event, known as “PCS Season” (Permanent Change of Station), will determine where each family lives for 2-4 years while the service member carries out their new assignment.

In addition to the disruption this brings to family lives – finding a new school, doctor, babysitter, among many other common needs – the initial process of moving into a new home can be fraught with challenges. There have been thousands of complaints of delays and lost shipments by the private companies charged with handling military moves, and just this week a congressional report criticized one of the nation’s largest private military housing companies for allowing mold and other safety and environmental hazards.

In fact, military families are one of the most common targets for scammers and unscrupulous businesses of all kinds. Because service members typically have stable incomes, are often away from home and may be hesitant to report attempted scams for fear it could jeopardize their career or security clearance, scam artists see service members not as heroes, but as prey. Unfortunately, some fall victim to shady business practices including small-dollar, high-interest loans, credit repair schemes and VA benefit frauds, among others. However, the state and territory attorneys general are prepared to step in to protect service members and their families.

In addition to protecting individual veterans, state attorneys general advocate for national, bipartisan reforms to protect the military community by coordinating their actions through the National Association of Attorneys General (NAAG). In recent years, state attorneys general have successfully advocated for the president to discharge student loans for permanently disabled veterans and helped convince Congress to provide more support for Veteran Treatment Courts, among other key successes on behalf of military families. NAAG also makes available a Veterans Legal Manual as a one-stop shop to raise awareness of the legal issues facing the military community.

This National Military Consumer Month, the vast majority of Americans have already been paying tribute to those service members who have served and are serving today, as well as the family members that make it all possible on the home front. For those who instead seek to take advantage of our heroes in uniform, state and territory attorneys general will be standing ready to protect the military community.