‘Star Wars: Obi-Wan Kenobi’ episode 1 recap - We Are The Mighty 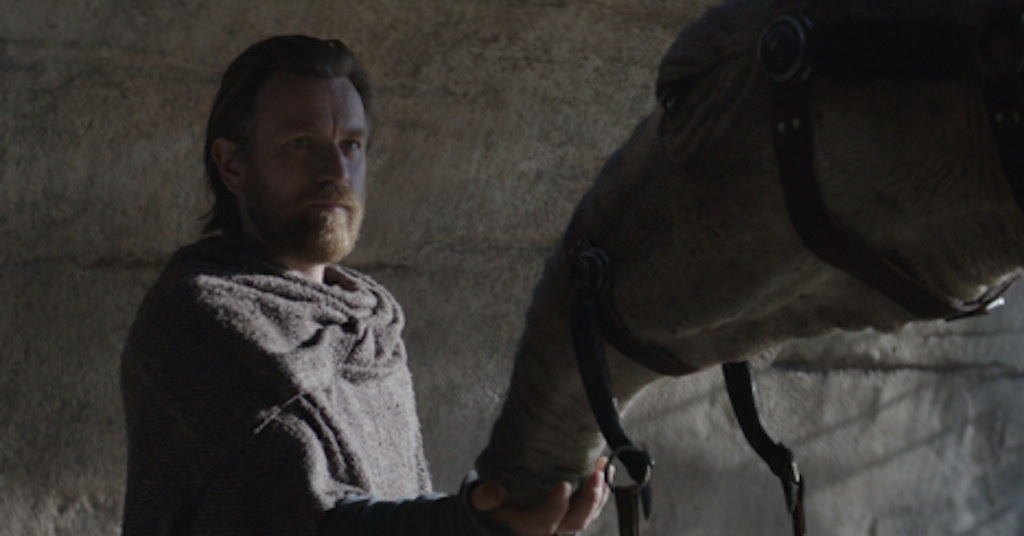 The highly anticipated return of Ewan McGregor’s Obi-Wan Kenobi gave us just enough prequel nostalgia and original trilogy foreshadowing to make for a great little Star Wars treat. Set ten years after the events of Revenge of the Sith, the story begins where A New Hope did: on Tatooine. But “Ben” isn’t the only Force-user on the planet…

It’s important to remember that not only did Obi-Wan fail his padawan and friend Anakin, but the entire Jedi Order failed — and fell at the hands of Emperor Palpatine and Order 66. What few Jedi survived are scattered across the galaxy and hunted by the Empire’s Inquisitors — who arrive on Tatooine to investigate rumors of a Jedi.

When the man in question, Nari, comes to Obi-Wan for help, it is Ben who he meets — and Ben is living with his traumas and his lightsabers buried in a box beneath the desert sands. His focus is on his own day to day doldrums and keeping a watch over Luke from afar — but not far enough for Uncle Owen’s taste. Obi-Wan refuses to help, and later sees Nari strung up dead by the Inquisitors. In meeting them, we learn that one in particular, Third Sister, also known as Reva (played by Moses Ingram), has an additional vendetta — she wants to find Kenobi to please Darth Vader. She had also been a Jedi Knight before turning to the Dark Side and serving the Empire, so it’s possible she has personal history with Obi-Wan.

In a delightful surprise, the series leaves Obi-Wan and Luke on Tatooine and follows instead the other Skywalker twin. Princess Leia Organa, played by the lively Vivien Lyra Blair, is kidnapped by pirates working for Reva, who intends to draw Kenobi out of hiding. The young Leia is clever, headstrong, insightful, and untamed — a perfect and believable mix of her parents.

Her mother and father (with Jimmy Smits reprising his role as Bail Organa) call upon Obi-Wan to help them find her. After initially resisting, and claiming he’s not the man he was before, finally he decides to follow the princess’ trail to a new type of hive of scum and villainy — the planet of Daiyu.