5 little-known facts about the Tomb of the Unknown Soldier 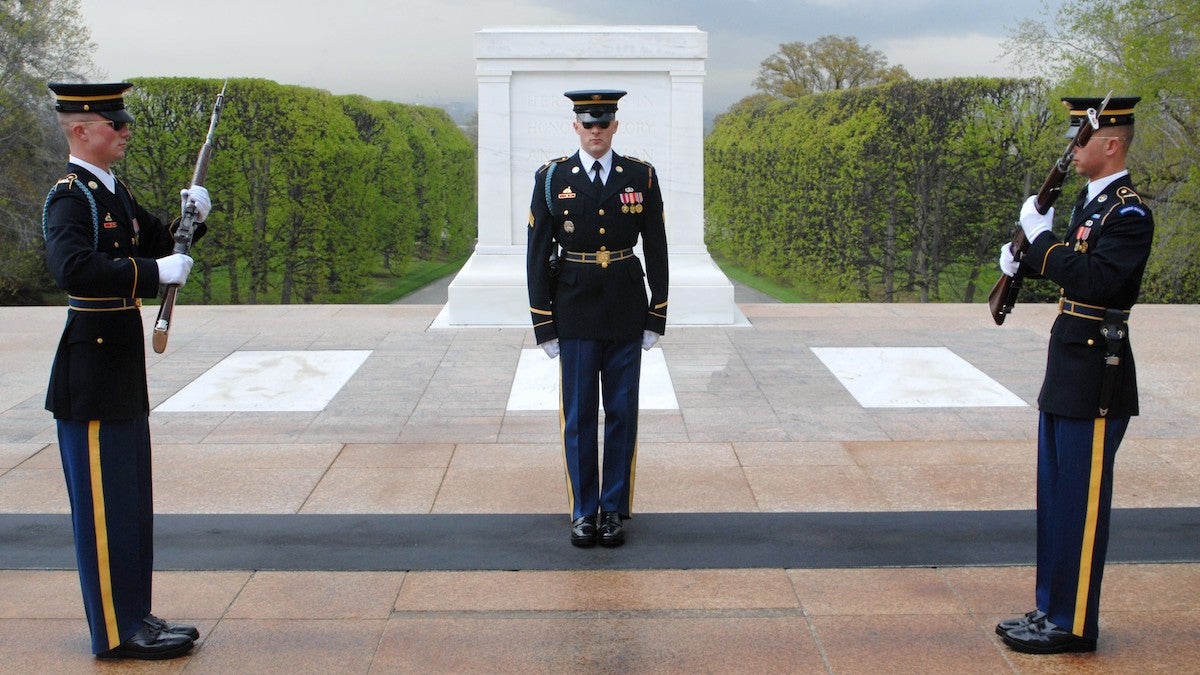 1. In March 1921, the U.S. Congress accepted the remains of an unknown American soldier who fought in World War I to be buried in a tomb in Arlington National Cemetery. This soldier was buried with full honors.

2. On Memorial Day of 1921, four unknown soldiers were relocated from their World War I American cemeteries in France. Sergeant Edward F. Younger placed roses atop one of four identical caskets.

3. Then on November 11, 1921, the Unknown Solider was moved to Arlington and officially interred in the Tomb of the Unknown Solider. Since 1918, November 11 had been marked by somber remembrances of the service personnel lost in WWI. President Harding led the charge by officiating the interment ceremonies at the Memorial Amphitheater at Arlington National Cemetery. Then he awarded the Unknown Soldier two high military awards: the Medal of Honor and the Distinguished Service Cross.

4. Three years after the Korean War ended, on August 3, 1956, President Dwight D. Eisenhower passed a bill to allow unknown soldiers who fought in the Korean War and World War II to be buried in the Tomb of the Unknown Solider at Arlington National Cemetery.

5. In 1958, unknown Soldiers who fought in World War II and the Korean War were permitted to be buried in the Tomb of the Unknown Soldier as well.

Members of the Old Guard have guarded the Tomb of the Unknown Soldier since April 6, 1948. Currently, The Old Guard monitors the memorial twenty-four hours a day, year-round. These Sentinels do not move from their station and are equipped to withstand all kinds of weather and extreme conditions. After a Solider has volunteered to become a Tomb Guard, they have to undergo a strict screening process and several weeks of intensive training. Every element of the Tomb Guard’s routine has a deeper meaning than what’s shown on the surface.

Guard movements harken back to the highest symbolic military honor that can be bestowed – a 21 gun salute. Tomb guards march 21 steps down the black mat behind the Unknown Tomb, then turn and face east for precisely 21 seconds. Then, they turn and face north for precisely 21 seconds, followed by 21 steps back down the mat. Each Guard carries their weapon at “shoulders-arms,” signifying that they stand between the Tomb of the Unknown Soldier and any possible threat.