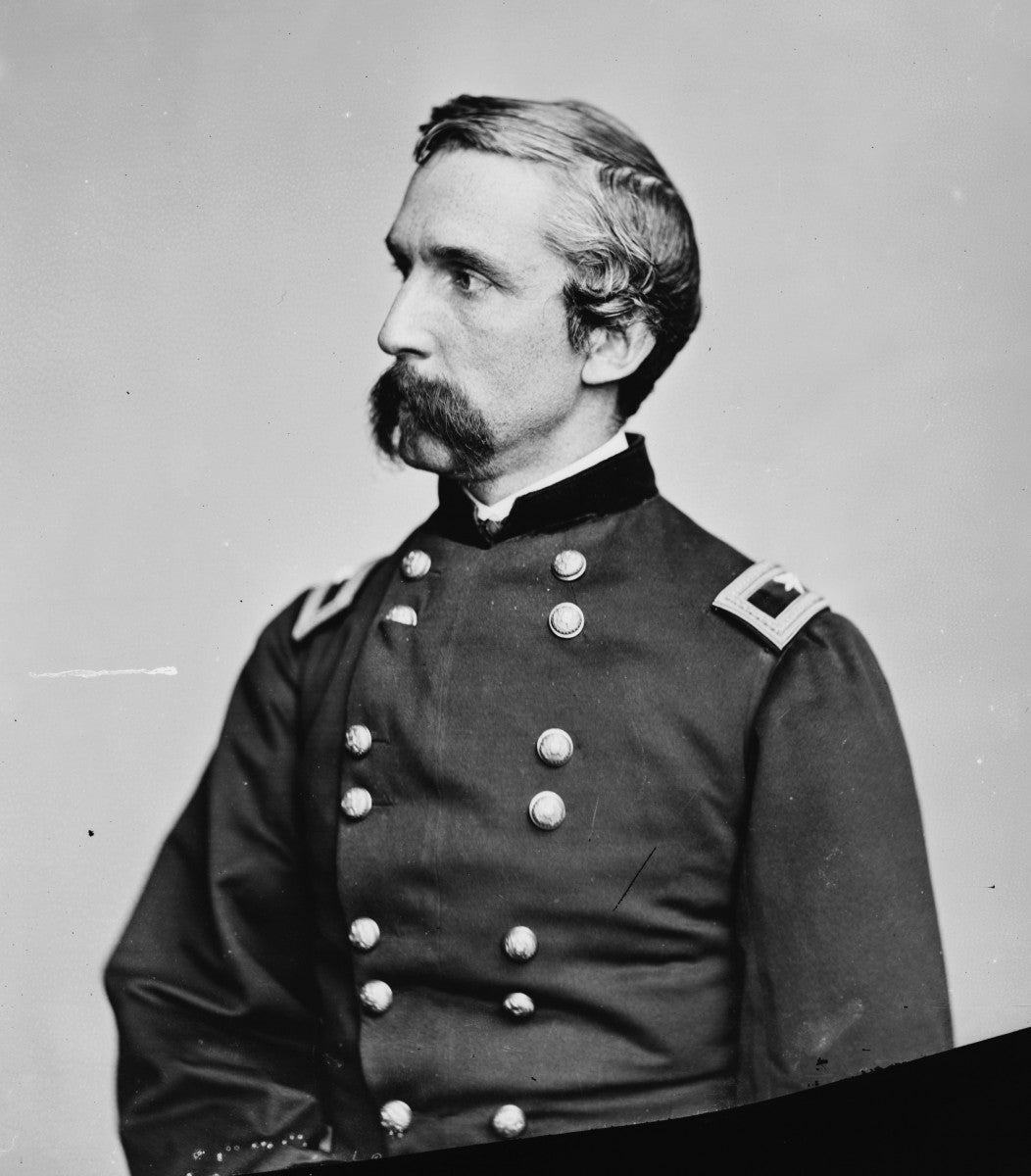 Times were simpler in the days of the Civil War. Back then, any ol’ college professor might volunteer for the Union Army and become a straight up slayer of bodies, earning the Medal of Honor along the way.

That’s how it was with Joshua Chamberlain, onetime professor of theology in Maine’s Bowdoin College. He turned in his mortarboard for the Union blue when the time came. He helped raise the 20th Maine Regiment, believing the south secession was treachery and eventually rose to become its commander.

Chamberlain was a wildly accomplished Civil War officer and led a successful career after the war. Though he had finished with the Civil War by the time it came to an end, the Civil War wasn’t done with him. It came back to haunt Joshua Chamberlain in a big way – earning him the title of “last casualty of the Civil War.”

That pivotal battle of the Civil War not only decided the outcome of the war, but of the lives of many of those who fought in the battle. For Joshua Chamberlain, this was a very good thing. He and the 20th Maine were positioned on the Union’s far left flank, a little hill called “Little Round Top.” Chamberlain realized how important his position was and as soon as it came time, he was determined to hold it.

Confederate forces attacked the Mainers over and over throughout the day, often pushing the Union troops nearly double back on themselves. Chamberlain ordered a bayonet charge that pushed the Confederates down the hill, capturing 101 of them and saving the day for the Union. His stalwart defense of Little Round Top and decision to launch a bayonet charge earned him the Medal of Honor.

Throughout his Civil War career, Chamberlain had a total of six horses shot out from under him and suffered six different wounds. He survived most of them. One of the wounds just took a little longer to kill him than the others. About 50 years longer.

In 1864, Chamberlain was wounded at the Battle of Petersburg, as the Army of the Potomac attempted to capture the supply lines of Robert E. Lee’s Army of North Virginia. The Union laid siege to the city of Petersburg, and would eventually attack the city in earnest two months later. During the June 18 battle, Chamberlain was shot through the right hip and groin, with the bullet exiting through his left hip.

The doctors on the battlefield believed the wound would be fatal and told him as much. He had lost so much blood that he passed out on the battlefield. Newspapers in Maine reported his death and Gen. Ulysses S. Grant gave him a battlefield promotion to brigadier general believing he would die.

But he didn’t die. Through sheer tyranny of will, he survived and continued to serve in the war. Not only was he wounded once more and almost captured, he also received a promotion from President Lincoln himself.

After the war, Chamberlain went on with life as normal. He returned to teaching classes, was active with veterans groups, and even served as the Governor of Maine. He died in 1914 of complications from the wound he suffered at the Second Battle of Petersburg 50 years prior. The reason we know that is because one of his original battlefield surgeons was next to him as he died.

That’s how Joshua Chamberlain became known as “The last casualty of the Civil War.”