The Soviet Union produced commercials for products that never existed 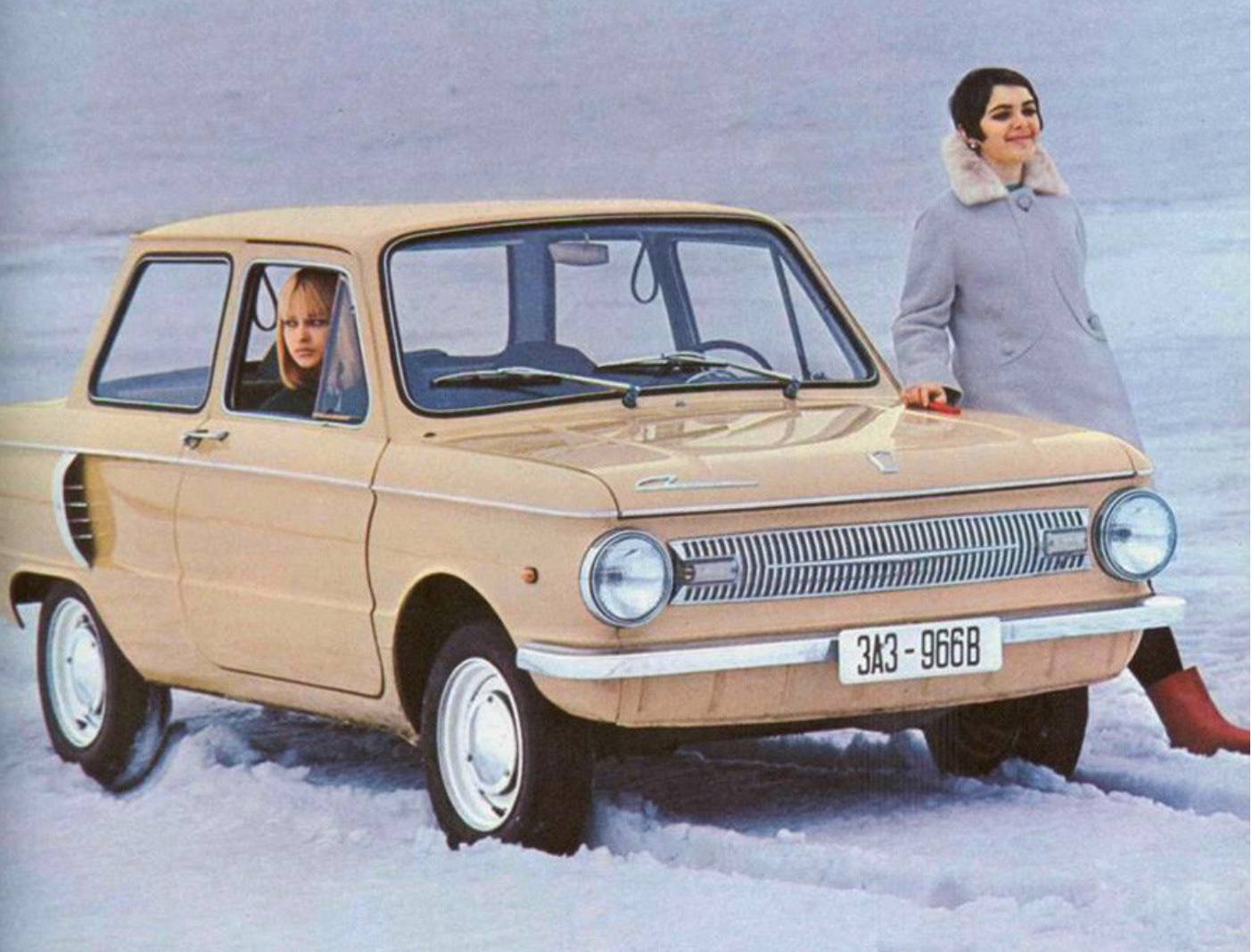 Not all Soviet commercials were made for non-existent products. An ad for the ‘ZAZ-966B’. Also known as the “Zipper”, it was also made for the foreign market. Archival photo/Russia Beyond.

If the Soviet Union’s legacy could boil down to just one memory, it would have to be its complete distortion of reality. Given its history of disinformation campaigns outside of the USSR, it should not be a surprise that life inside the Iron Curtain wasn’t exactly clear as day either.

Gaslighting Soviet citizens was second nature to the people running communist eastern Europe, almost as common as buying off third-world dictators. It should be no surprise that, in the grand tradition of creating a recipe book that used ingredients no one could actually obtain, the Soviet Union produced commercials for luxuries it didn’t actually make.

There were, of course, things they could always buy. Common farm products like butter, oil, tomato or apple products were readily available. To get something like fresh meat, Russians pretty much had to “know a guy” who could get it for them. They could forget about anything like bananas or cheese.

Unfortunately, the lack of abundance experienced in the West didn’t make the Soviet system look so appealing. Instead of importing that abundance or attempting to create these products on their own, the Soviet Union (in predictable fashion) just made it look like they were available somewhere.

Decadent imperialist Americans who didn’t grow up under communism might have a difficult time understanding why Soviet citizens had commercials — or even money — at all. People in the USSR still had to use money to buy goods, they just bought them all from the government.

Commercials on state television weren’t designed to persuade people to buy one brand over another, they were designed to inform people about the products available to them. Or just make them think the products were available.

For the record, the people of the 15 republics in the USSR weren’t stupid. They knew exactly what they could get and what they couldn’t. Everyone assumed that if everyone could actually get those products, they probably weren’t all that good. The good stuff was hoarded by people with first dibs, comrade.

Members of the communist party were in charge of the economy. They would create all of the scripts used by ERF, and ERF would just produce them. No one really seemed to care about the outcome. All of the products that were real would sell because there was nothing else for people to buy. The fake products would just make the Soviet Union appear to have these products. Sometimes, the ad agency never showed the product at all.

From the outside looking in, it might seem like this would annoy the Soviet population, but in reality, the opposite occurred. Soviet citizens began to enjoy the entertainment value of the commercials.