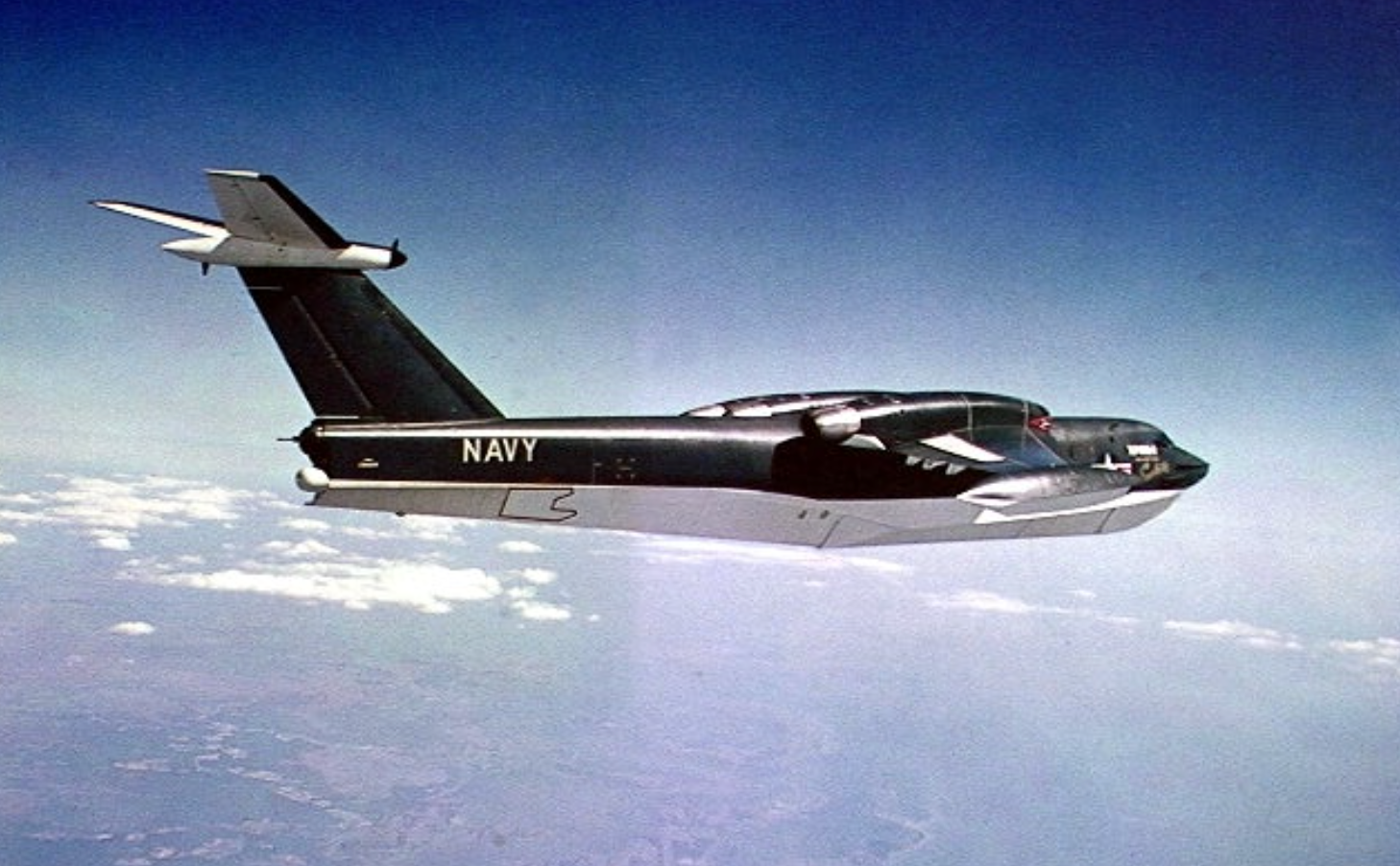 Flying boats like the PBY Catalina were an integral part of the US Navy’s operations during WWII. Their long range and ability to land on water made them excellent reconnaissance and search and rescue aircraft. After the war, with the formation of the US Air Force and the advancement of jet technology, the Navy’s flying boats quickly became obsolete. Long-range jet-powered bombers like the B-52 Stratofortress made the Air Force America’s military branch of choice for the delivery of nuclear weapons. Not wanting to get left behind, the Navy sought its own nuclear-capable bomber.

In the early 1950s, the Navy proposed the creation of a Seaplane Striking Force. Operating from the water, flying boats were not restricted to large airfields that could be easily targeted by the Soviets at the onset of a war. The SSF would be supported by seaplane tenders like the USS Albemarle (AV-5) or specialized submarines. In addition to carrying nuclear weapons, the seaplanes could carry conventional bombs for airstrikes, cameras for reconnaissance, and even lay sea mines.

In April 1951, the Navy issued a requirement for a seaplane capable of carrying a 30,000-pound payload with a range greater than 1,500 miles. To avoid enemy radar, the aircraft needed to fly at Mach 0.9 at low latitude. The Convair and Martin companies submitted proposals with the Martin design being selected for testing and production.

Martin’s strategic bomber flying boat was designated the P6M SeaMaster. The initial experimental variant, the XP6M-1, conducted its first flight on July 14, 1955. Although the flight was successful, tests revealed that the engines were mounted too close to the fuselage and scorched it with their afterburners. As a result, the engines were angled slightly outward on subsequent aircraft. However, on December 7, 1955, a control system failure caused the prototype to disintegrate in midair, killing all four crew members. The second prototype crashed on November 9, 1956 due to a faulty elevator jack. All four crew members were able to eject and survived.

Despite the loss of four crew members and both initial prototypes, testing continued on the P6M and the project advanced from the experimental phase to pre-production. The YP6M-1 began testing in January 1958 with a further five aircraft built that year. The six pre-production SeaMasters were fitted with full combat equipment and underwent bombing, mine-laying, and reconnaissance evaluations. Deficiencies in the aircraft’s engines and controls led to the cancellation of the P6M-1 program and the redesign of the P6M-2.

Introduced in early 1959, the P6M-2 featured more reliable engines, an aerial refueling probe, improved avionics, and a new canopy for better visibility. The updated SeaMaster was even fitted with an aerial refueling drogue kit that could be placed in the bomb bay for the seaplane to serve as a refueling platform to other aircraft. With a top speed of Mach 0.9, it met the Navy’s performance requirement and was faster than the B-52. By the summer of 1959, three P6M-2s were built.

Despite the improvements, the P6M-2 still suffered performance issues. Above Mach 0.8, the aircraft compressed severely and became difficult to fly. Although crews were training to deploy the SeaMaster operationally, defense budget cuts led to the Navy cancelling the program entirely in August 1959. Instead, the service directed its attention and funding to UGM-27 Polaris submarine-launched ballistic missile for its nuclear strike capability.

Losing out on the government contract, Martin attempted to convert the military SeaMaster into the civilian SeaMistress but failed to find a market for a passenger seaplane. Not only was the P6M the last aircraft built by the Martin Company before its merger with American-Marietta in 1961, it was also the US military’s last flying boat. Ironically, it’s the US Air Force that has shown renewed interest in the concept to equip its special operations command with an amphibious version of the C-130.