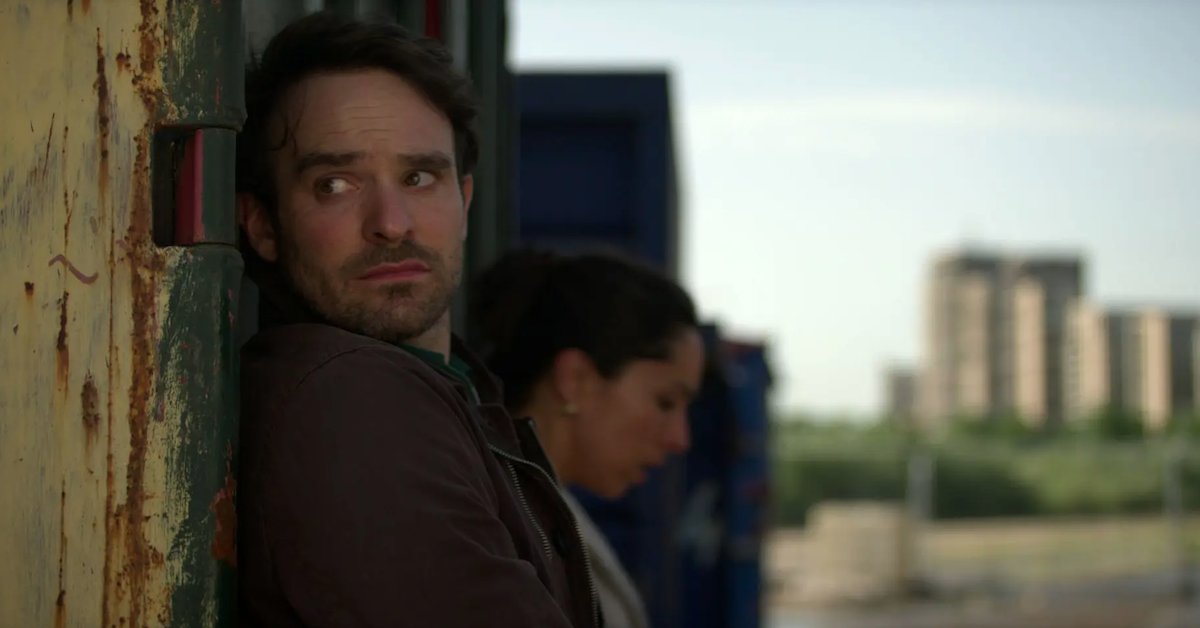 After a few recent appearances in the Marvel Cinematic Universe teasing his return to his well-received Daredevil role, Charlie Cox will appear in a lead role before 2022 is done. This time, he’ll play Adam Lawrence, the youngest ever head of MI6 — and one the CIA thinks has been compromised.

“There’s a double agent. Eliminate them,” intones a mystery voice.

After an attempt was made to kill the chief of MI6, Cox is bumped up the chain of command to replace him. The young and less experienced husband and father is thrown into a larger scheme as the trailer hints at political blackmail, espionage, and nefarious plots somehow connected to an old friend/flame.

Kara, played by Olga Kurylenko, asserts that she has done things he can’t imagine to get Adam the top job — and now she’s there to collect. As Adam struggles to protect his reputation and his family while uncovering the players and plots at hand, tension builds to a breaking point.

“A triangular relationship forms between Kara, Adam and his wife, Maddy; three people who are trying to expose each other’s secrets, navigate political and diplomatic relationships, whilst hanging onto their personal lives, and those they love most.” –Netflix Official Synopsis

The limited series was created by writer and executive producer Matt Charman, the writer of Steven Spielberg’s Bridge of Spies. Directors Louise Hooper (The Witcher, The Sandman) and Sarah O’Gorman (The Witcher, The Last Kingdom) helm the series, which boasts a strong cast that includes Oona Chaplin (Game of Thrones), Ciarán Hinds (Zack Snyder’s Justice League), and Tracy Ifeachor (The Originals).