Today in military history: America declares her independence - We Are The Mighty 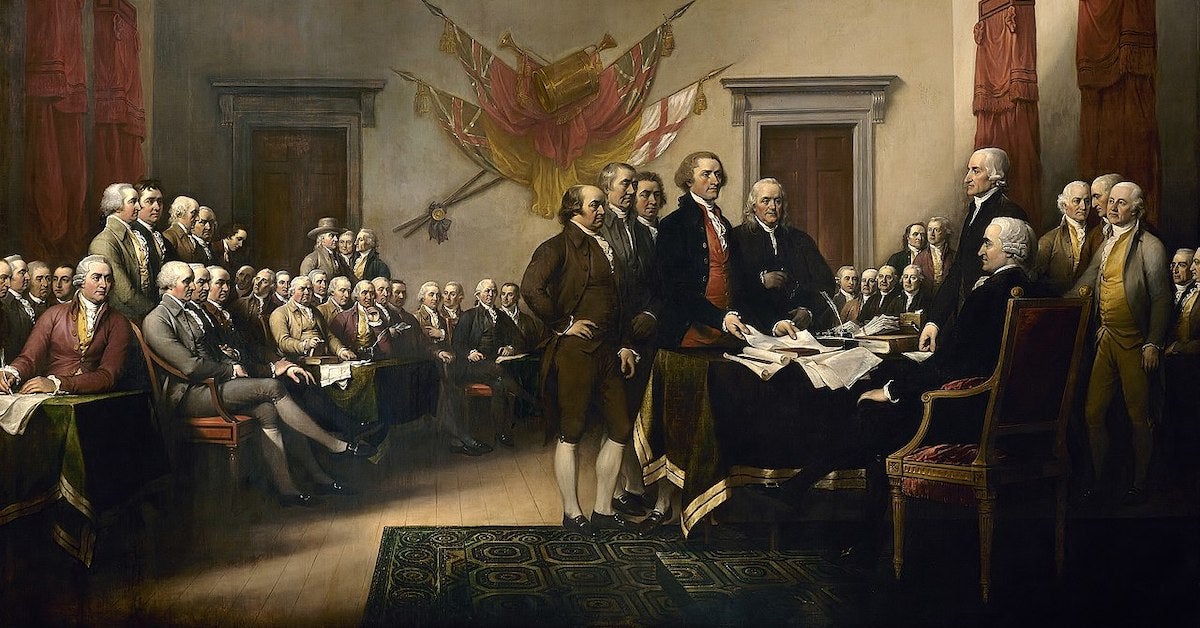 I hope you like fireworks because on July 4, 1776, America declared her independence from Great Britain.

The American Revolutionary War broke out the year before, but the colonies had opposed British policies since 1765. The Tea Act of 1773 became a tipping point, causing the beginning of the resistance.

In 1776, Thomas Paine published a pamphlet called “Common Sense” that argued for independence, an idea that quickly gathered support from the Continental Congress. Thomas Jefferson and a small committee drafted the Declaration of Independence, which was approved on July 2 and formally adopted on July 4.

For those of you who like Americana trivia, Army Commander-In-Chief George Washington did not sign the Declaration of Independence. While the Continental Congress assembled in Philadelphia, Washington and his forces were in New York. He received an official notification letter dated July 6, 1776, from John Hancock with a copy of the declaration. Three days later, on the parade grounds of Lower Manhattan, George Washington notified thousands of Continental soldiers that the country they were fighting for had declared its independence.

The Revolutionary War continued for five more years with over 230 skirmishes and battles fought. Finally in 1783, the Treaty of Paris was signed and the United States of America became a free and independent nation.