During WWII, family dogs went to serve in the war - We Are The Mighty

During WWII, family dogs went to serve in the war 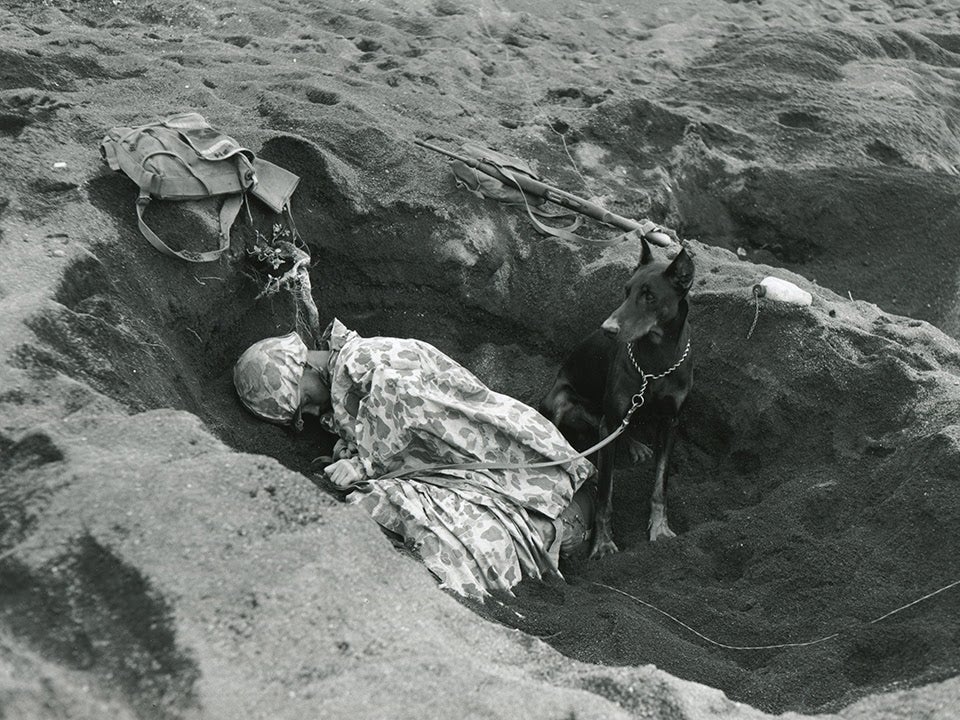 News of dogs serving in a war isn’t anything new. It’s a practice that’s been done for decades; the United States began steadily using dogs for fighting and training purposes during World War II. However, as a new program, there wasn’t a force of dogs to choose from. Handlers had to train dogs, and obtaining them wasn’t exactly easy.

Prior to this effort, the only use of dogs in the military were sled dogs in certain arctic regions.

At first, any and all dogs were accepted into military ranks through a coalition known as Dogs for Defense, Inc. (DFD). Any breed, so long as the owner was willing to part with them, was given a go at military operations. Donations centers opened up where anyone and everyone could donate their dog to help war efforts. The goal was for dogs to patrol borders, beaches, etc., and not only intimidate wrong-doers, but note anything out of the ordinary.

In a time when patriotism was key and one of the main duties of civilians back home was to support their country, many Americans felt the need to help by donating their dog to help. Dogs were promised to be “deprogrammed” and returned once WWII was complete.

More often than not, that meant a family dog was donated to war. In total, more than 20,000 were taken in to help with WWII. Just like soldiers, dogs were evaluated medically; those that did not pass were returned home. Remaining dogs were then given a training test to ensure they could perform certain tasks.

It soon became apparent that breed mattered when it came to training and enforcing operations, with the Army only accepting a few different dog breeds for combat. (The Army was the first military branch to accept dogs into their ranks.)

These dogs were chosen due to their ability to learn, eagerness to work, capable of the tasks that were assigned to them, and being able to withstand various weather conditions.

While this move created dogs who were better trained and more productive, it also made finding dogs much harder. Now there wasn’t an unlimited amount of dogs that could be donated to the cause, but a mere few types of breeds.

Another thing that became apparent is that dogs needed to trust their handler. The best way to gain that trust was to have them trained with their assigned soldier. In some cases, and for soldiers who had a specific breed of dog, that again meant bringing their family dog to basic training.

Today it’s a scenario we can hardly imagine. A mass dropoff of dogs who were supposed to learn to fight in one way or another – a far cry from a life of chewing sticks and begging at the dinner table. In addition, canine training is now a strict and effective program that dogs partake in from a young age. Allowing them to be smart and effective soldiers from stages as a pup.

Like any military intillegence, it was soon learned that there were better ways to improve the program, such as narrowing breeds and training with a single soldier for each dog. These adjustments allowed for more dogs to join and find success in the military. In addition, it allowed military branches to accomplish more with the help of or canine friends.