Today in military history: Armistice ends the Spanish-American War - We Are The Mighty 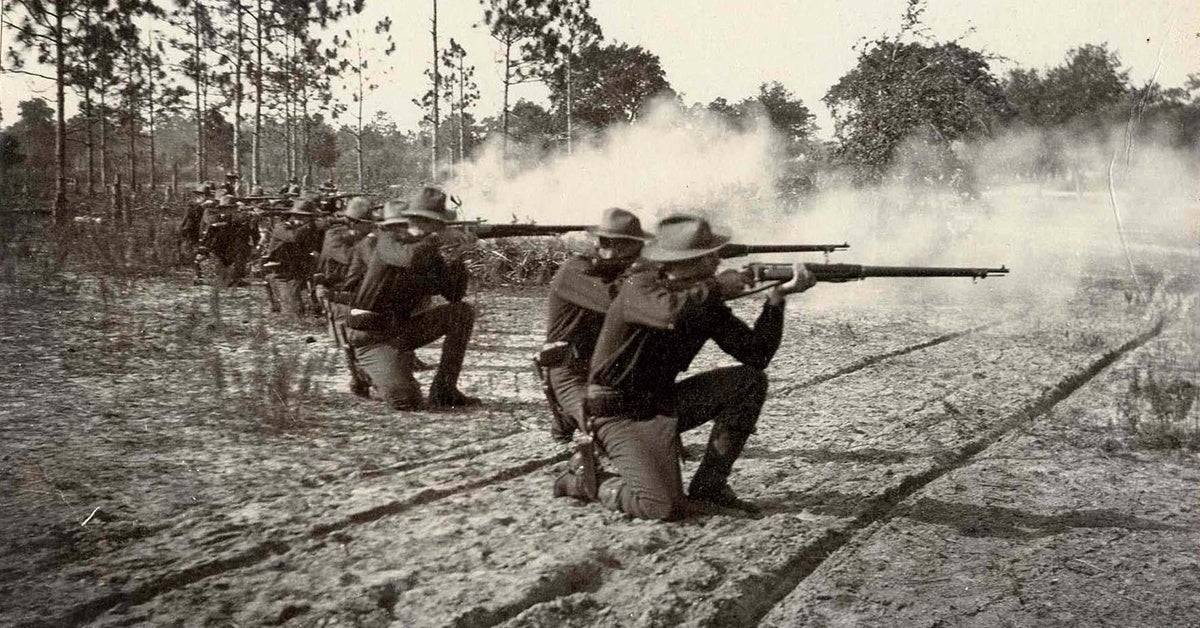 The Spanish-American War started after the USS Maine suddenly exploded in Havana Harbor in February 1898, an incident that was later found to be caused by faulty ship design but was blamed, at the time, on a Spanish mine. The resulting war was focused on Cuba, but the growing American military contested Spain across its empire, resulting in combat from the Atlantic to Pacific.

The conflict officially only lasted a few months, though its origins began three years before with Cuba’s rebellion from Spain. American sympathy for Cuba grew and U.S. intervention became inevitable after the sinking of the USS Maine in Havana harbor.

The battleship had been in Cuba to protect U.S. citizens and assets during anti-Spanish riots, and though Spain and Cuba soon after reached their own armistice, the U.S. Congress demanded more, including Cuba’s right to independence.

The Spanish-American War began in late April, and in the following three months, the U.S. Navy would serve Spain a staunch defeat. Spain surrendered on July 17 and then on August 12, an armistice was signed. Finally, in December, the Treaty of Paris officially ended the three-month war, ceding Puerto Rico, Guam and the Philippines to the United States.