Kennedy announces blockade of Cuba in 1962 - We Are The Mighty 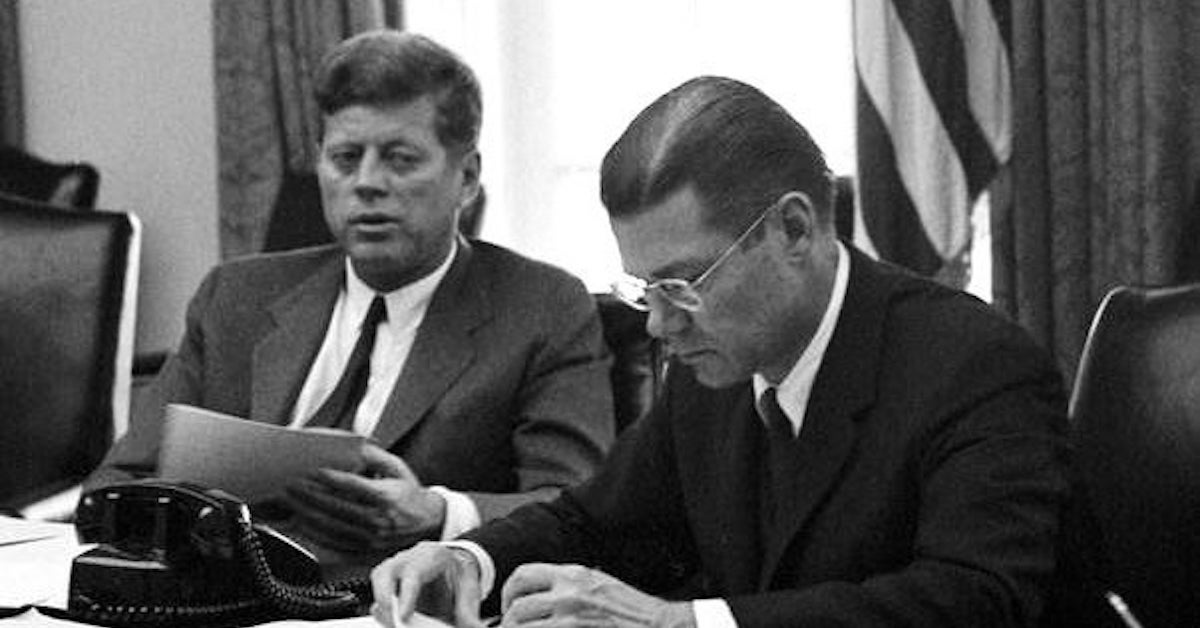 On Oct. 22, 1962, President John F. Kennedy announced a blockade of Cuba during the Missile Crisis.

After the failed Bay of Pigs invasion of Cuba in 1961 and the presence of U.S. nuclear missiles in Turkey and Italy starting in 1959, Cuban leader Fidel Castro and Soviet Premier Nikita Khrushchev agreed to place nuclear missile installations in Cuba to deter any future invasion attempts by the U.S. and its Central Intelligence Agency to invade Cuba. The CIA was tipped off by Soviet spy Colonel Oleg Penkovsky, who passed on war plans, secret documents, and other human intelligence.

On Oct. 22, addressing the American public, JFK revealed that the Soviet Union had moved nuclear weapons to Cuba, potentially capable of reaching the United States. In response, the U.S. established a blockade of Cuba to prevent more weapons from reaching the contested area.

The president also strongly warned the Soviets that any attack against the U.S. would be considered an act of war and retaliation would be severe.

The Soviet Premier denounced the U.S. quarantine of the island as an act of aggression and tension remained high until on Oct. 28, when the Soviets agreed publicly to remove the missiles in exchange for the promise not to invade Cuba.

The missiles were loaded and shipped back to the Soviet Union in early November 1962. By the end of that month, the U.S. embargo on Cuba ended. Soviet bombers left the country before the end of the year and the Jupiter missiles were removed form Turkey by the end of April, 1963. A “hotline” was set up between the USSR and the United States to ensure direct communication between the two superpowers in the future.

The relationship between Cuba and the United States remained tenuous until May 29, 2015, when Cuba’s designation as a state sponsor of terrorism was rescinded.