Today in military history: Benedict Arnold captures Richmond - We Are The Mighty 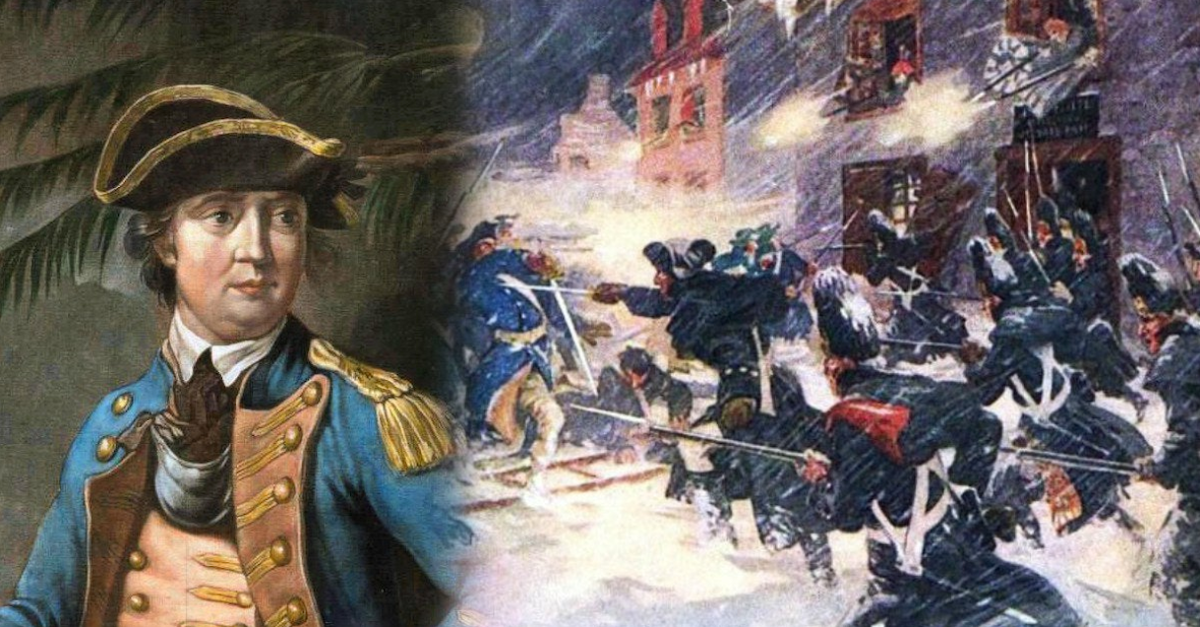 Arnold, an early American hero of the Revolutionary War, later became arguably the most infamous traitor in U.S. history when he plotted against his country in exchange for money and a promotion in 1779. Before he was a traitor, he was a brilliant leader who helped win the revolution. In May of 1775, Arnold captured Fort Ticonderoga and its arsenal of cannons. Following the success at Fort Ticonderoga, Col. Arnold led part of an invasion force whose mission was to secure Canadian support for the war by destroying British forces in the area.

His impressive career and devotion to country made his betrayal even harder to digest. Though his plot was discovered, the turncoat managed to elude capture and flee to British lines.

In January 1781, Arnold sailed up the James River with the intent of marching on Richmond. Thomas Jefferson, then-governor of Virginia, desperately tried to prepare for Arnold’s advance by removing military supplies and records from the city. Arnold found Richmond virtually undefended and burned it the next day.

After the war, Arnold fled to England, where he died less than twenty years later at the age of 60. While he remained mostly overlooked by the British, in the United States his name remains synonymous with the word “traitor.”

Today, he is buried in the crypt below St. Mary’s of Battersea, a Georgian-era stone church overlooking the River Thames in London — which also happens to be the location of a children’s kindergarten.