Today in military history: Mayflower docks at Plymouth Rock - We Are The Mighty 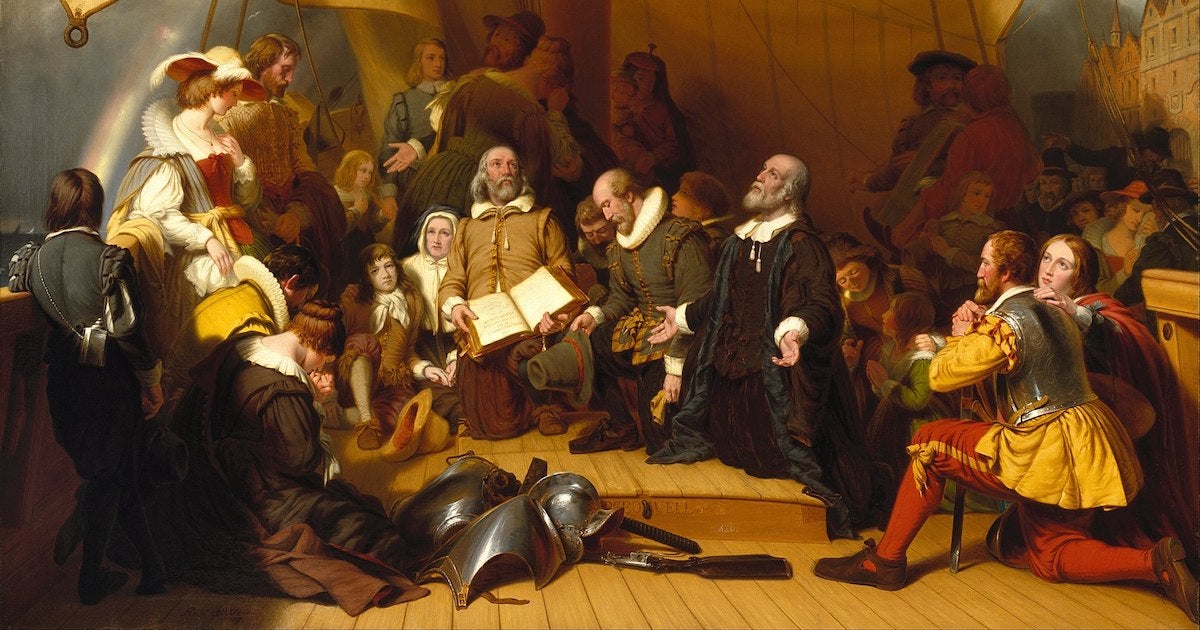 On Dec. 18, 1620, Pilgrims aboard the Mayflower made their berth at Plymouth Rock.

The pilgrims were a group of Puritans from Nottinghamshire, England, who founded their own church in 1606 — apart from the Church of England, which was an act akin to treason. They were exiled to the Netherlands, where they struggled to establish themselves. Finally, on Sep. 16, 1620, 102 passengers set out on the Mayflower for the New World.

On Nov. 11, they arrived in modern day Provincetown Harbor, Cape Cod, but they spent the next month sending scouts ashore to find a place to build a settlement. After some searching, and weathering out storms, they finally docked at Plymouth in Massachusetts.

Their first winter was wrought with sickness and hunger. By spring, nearly half of their party had died. They signed a peace treaty with a local Native American tribe, the Wampanoag, and with their help the pilgrims learned how to feed themselves and survive.

In April 1621, the ship and her crew set sail for a return trip to England, while the colonists became part of the Puritan Massachusetts Bay Colony.

The alliance with the Wampanoag people would become strained over time. As thousands of English colonists poured into the region throughout the 17th century, authorities in Plymouth began asserting control over lives of the Native Americans and taking up more of their land. The settlers brought with them new diseases, which reduced the Native population in New England by as much as 90%.

Within fifty years of the Plymouth docking, war would erupt between the English settlers and the people who had given them the tools they’d needed to survive.

Featured Image: The Embarkation of the Pilgrims (1857) by American painter Robert Walter Weir.