History of the American victory at Yorktown - We Are The Mighty 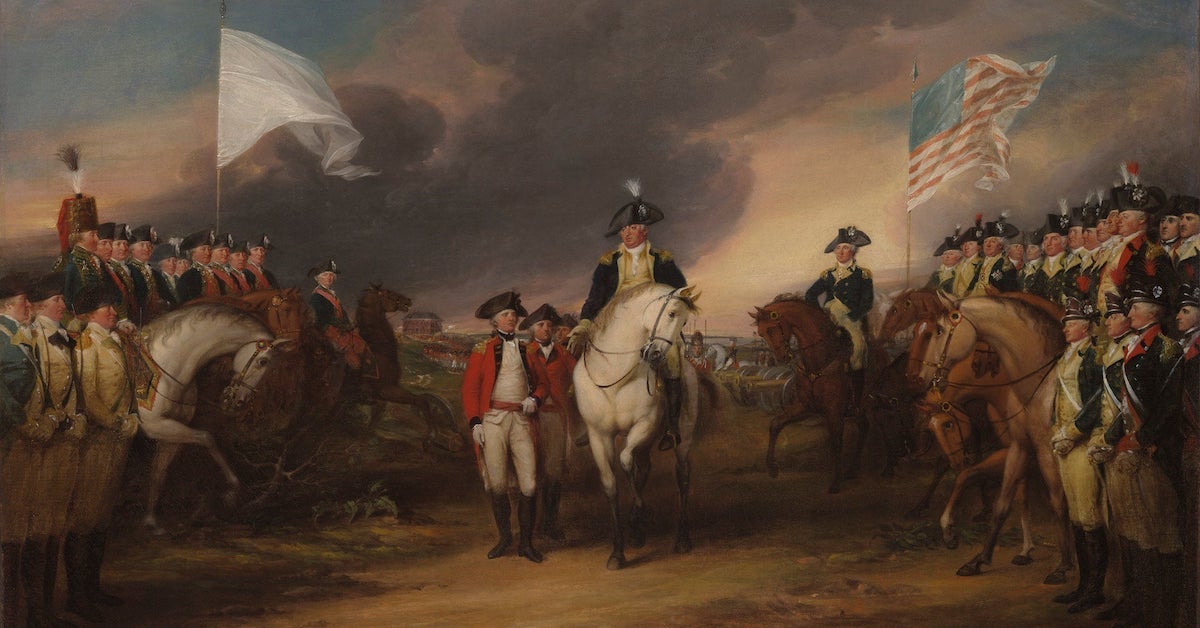 The siege of Yorktown ended with the surrender of a second British army, marking effective British defeat. (Wikipedia).

On Oct. 19, 1781, the American Revolution came to an end when British General Lord Cornwallis surrendered his forces at Yorktown.

Garrisoned at Yorktown, Virginia, Cornwallis and his force of 8,000 British fighters found themselves outwitted by American General George Washington, who instructed the Marquis de Lafayette to trap the British by land until he and a French army brought a combined 6500 men to march to Yorktown. Meanwhile, the French fleet prevented escape in the Chesapeake Bay. Here’s how it went down:

Cornwallis and his forces were dug in behind a series of redoubts and batteries, waiting for reinforcement. Washington, joined by the Marquis de Lafayette and the Comte de Rochambeau, had Cornwallis surrounded by land and sea.

Showing the tactical facility that made him America’s only six-star general, Washington initiated an artillery-enabled siege protocol by digging a first parallel, or bombardment trench, just out of range of British musket fire. From that position, he was able to blast the relentless crap out of the British encampment.

Under this continuous fusillade, American engineers dug a zigzagging trench forward to within 150 yards of the British earthworks fortifications and then dug a second parallel. From this position, their artillery would make rubble of the two redoubts that stood between Washington and victory.

But even before they began their next barrage, the psychological impact of the American advance impelled British soldiers to begin deserting in large numbers. Washington’s disciplined encroachment through his trench system bore with it the air of inevitability. By the time the French naval forces arrived, the victory on land was all but assured.