Today in military history: Brits capture and burn Washington DC - We Are The Mighty 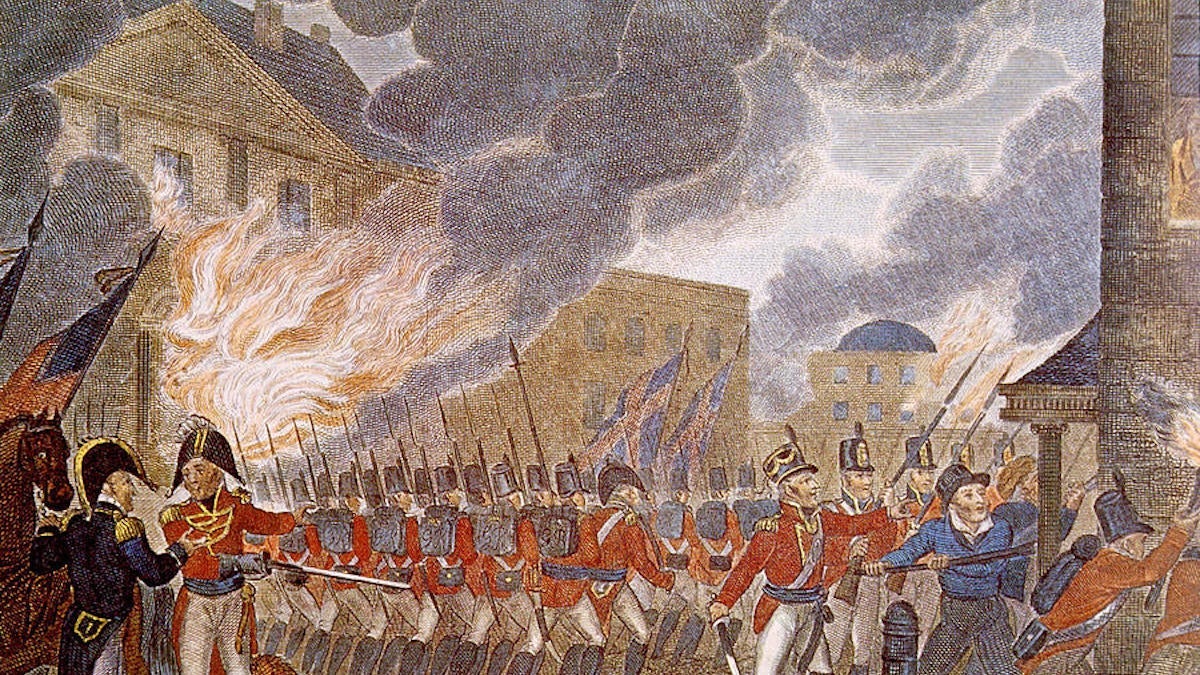 On Aug. 24, 1814, British forces achieved victory in the Battle of Bladensburg, Maryland, and marched into Washington, D.C.

The burning of Washington was a retaliation attack for the American burning of Toronto and much of America’s capital was set on fire. Little remained of the original city, including the original White House.

The United States had been engaged in the War of 1812 against the British Empire for two years. Battles were rough and fierce, and it seemed like the war would never end. Then some British troops decided to burn down the White House – which had serious consequences.

There were lots of reasons for the war but there were two main ones. First, there were really strict regulations on American trade and secondly, the U.K. was falsely imprisoning American seamen. Plus, the Brits weren’t exactly happy about the fact that America was pushing its boundaries and trying to expand in all directions.

During the battle, President James Madison took command of one of the American batteries, becoming the only sitting U.S. president to engage in combat as commander-in-chief, but he and his wife were forced to flee the capital before the arrival of the invaders.

British General Robert Ross and his officers dined in the White House that night as British troops began to set the city on fire in retaliation for the burning of Canadian government buildings by American troops earlier in the war. They burned the White House, the Capitol building and the Library of Congress before rains fell, extinguishing the flames.

After 24 hours of occupation, Ross withdrew from the city, leaving its charred remains behind.

President Madison hired the original architect, James Hoban, to rebuild the White House, which was restored by 1817.