The interesting origin of the famous jerrican - We Are The Mighty

The interesting origin of the famous jerrican 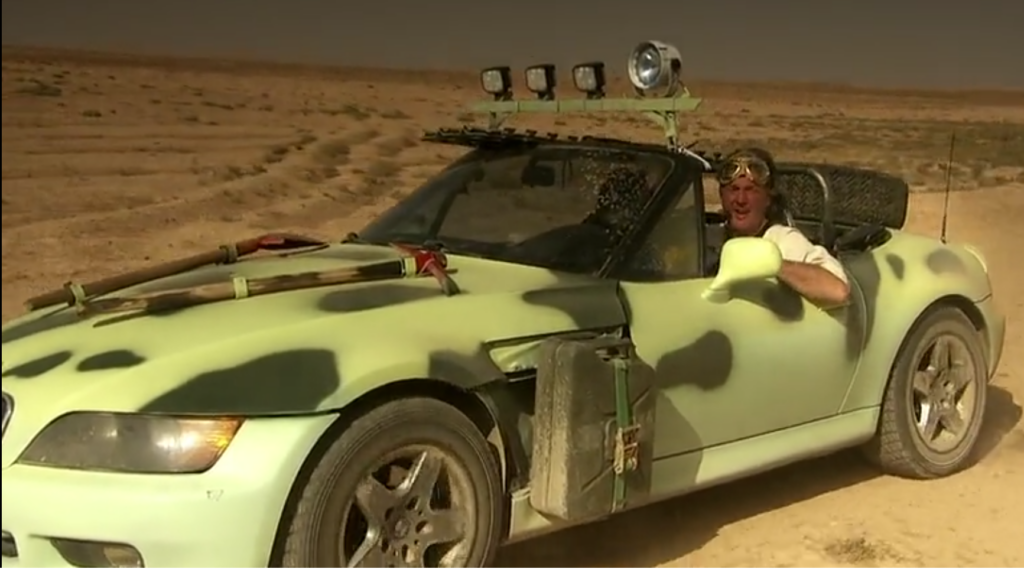 Today, jerricans are used extensively by the United States and other NATO countries. Whether they’re plastic or metal, or hold water or fuel, the containers are iconic in their own right and are crucial to keep militaries moving. The spelling of the word may be confusing to some readers. Despite US Code 49 CFR 171.8 reading, “Jerrican means a metal or plastic packaging of rectangular or polygonal cross-section,” most people are used to the word spelled as “jerry can” or even “jerrycan.” While all three variations are acceptable, the modern spelling in the CFR may be an attempt to distance the container from its rather infamous origin.

At the start of WWII, the US Army used a fuel can designed by the British officially known as the Petrol, Oil and Water can. However, it was more commonly referred to as the “flimsy.” This was a result of the 18-liter container’s tendency to leak 20-50% of its contents. Its crimped or soldered seams were prone to splitting during transportation, especially over the rocky terrain of the North African desert. Additionally, flimsies were designed to be stacked on top of each other during shipping which often resulted in the bottoms cans breaking entirely. British soldiers in North Africa commonly repurposed the cans as stoves which were nicknamed Benghazi Burners or Benghazi Boilers.

Meanwhile, in 1937 Germany, the Wehrmacht developed a new standard for liquid containers. Designed by the Müller engineering firm’s chief engineer, Vinzenz Grünvogel, the Wehrmacht-Einheitskanister was the ideal liquid container for the military. Its large spout and flip-top closure gave it a fast filling and draining speed while the triple handles allowed one soldier to carry two full containers or four empty ones. The can’s rectangular shape made it stackable and a recessed welded seam gave it increased strength and durability. Finally, the can’s iconic stamped indentations on its sides stiffened its walls and allowed it to expand and contract better in extreme temperatures.

By 1939, Germany produced thousands of these cans and stockpiled them for the coming war. During the blitzkrieg, mechanized units were kept on the move with supplies of fuel delivered in the cans. Additionally, troops were issued the cans with lengths of rubber hose to siphon fuel from any sources they found along the way.

Interestingly, America got hold of the design in 1939. An engineer named Paul Pleiss collaborated with his German colleague to build a car and travel in it across India. The German engineer supplied three of the superior German cans for the expedition and even gave Pleiss the complete specifications for its design. Pleiss later sent the can to Washington, but the War Department decided to stick with the WWI-era ten-US-gallon cans. However, the German can was sent to Camp Holabird, Maryland, where it was redesigned to be slightly lighter. Still stackable with the original German design, the new US-made cans were eventually adopted and used in all theaters of the war with 19 million in Europe alone.

The British first got their hands on the German cans during the Norwegian Campaign in 1940. Additional cans were captured during the North Africa campaign where their superiority over the British flimsies was abundantly clear. Having captured the cans from the Jerries, as Germans were known in English slang, they were referred to as jerry cans. The British engineered their own jerry cans which were also stackable with the German and American designs.

The jerrican helped fuel the Allies across the Pacific and over western Europe. In fact, President Roosevelt even noted the importance of the cans in 1944 saying, “Without these cans it would have been impossible for our armies to cut their way across France at a lightning pace which exceeded the German Blitzkrieg of 1940.” The design stuck and has remained largely unchanged over the decades. Plastic versions have since been produced and the civilian market has also recognized the excellence of the design with off-roaders and campers often toting fuel and/or water in jerricans.