Allied WWII snipers in 13 extraordinary photographs - We Are The Mighty 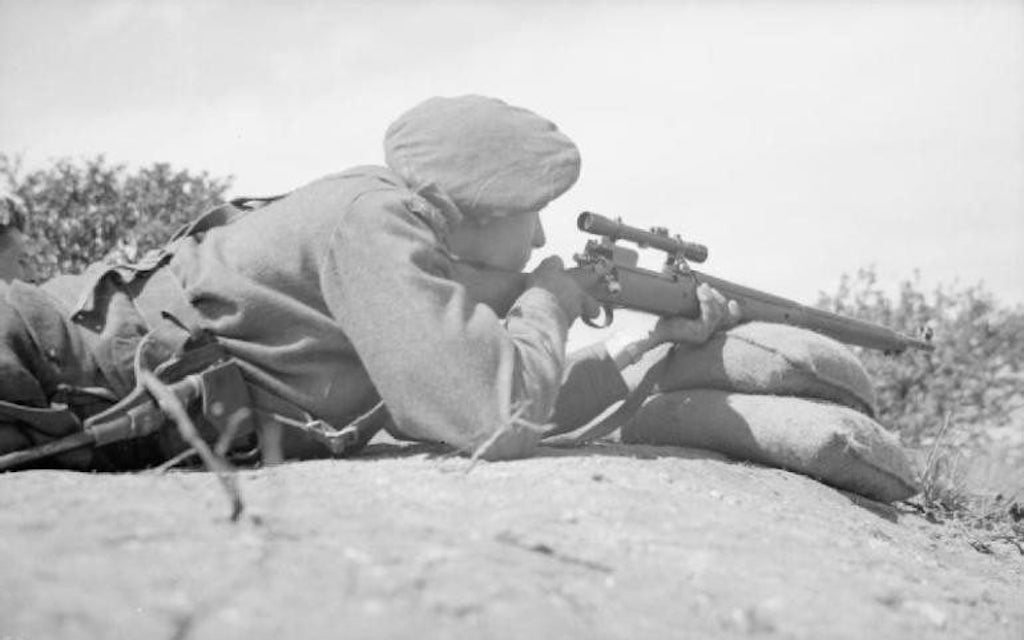 Photographical journey through the Allied snipers of World War II. Most are British and, or Canadian Snipers using the British Lee Enfield.

The first photograph shows a sniper demonstrating his camouflage (note: German Waffen-SS Camo Pattern: named unofficially “Early Plane Tree”) at a sniper school in a French village, July 27, 1944. The lesson here was probably “Know Your Enemy” to demonstrate how German Snipers were clothed.

A sniper applying camouflage face cream at a sniper school in a Normandy village, July 27, 1944.

A British sniper takes aim through the telescopic sights of his rifle on the range at a sniper training school in France, July 27, 1944.

Snipers training at the same sniper school as the photographs above, somewhere in a French village, July 27, 1944.

A 6th Airborne Division sniper on patrol in the Ardennes, wearing a snow camouflage suit, January 14, 1945.

A British sniper, Private Sutcliffe, seated at a window of a house in Caen watching for enemy snipers through telescopic sights.

A camouflage suit for a sniper of the British Army.

A sniper from C Company, 5th Battalion, The Black Watch , 51st (Highland) Division, in position in the loft space of a ruined building in Gennep, Holland, February 14, 1945.

A sniper from the Seaforth Highlanders takes aim from behind a carrier as 15th (Scottish) Division troops deal with German resistance in Uelzen, April 16, 1945.