Today in military history: Crusader control of Holy Land ends - We Are The Mighty 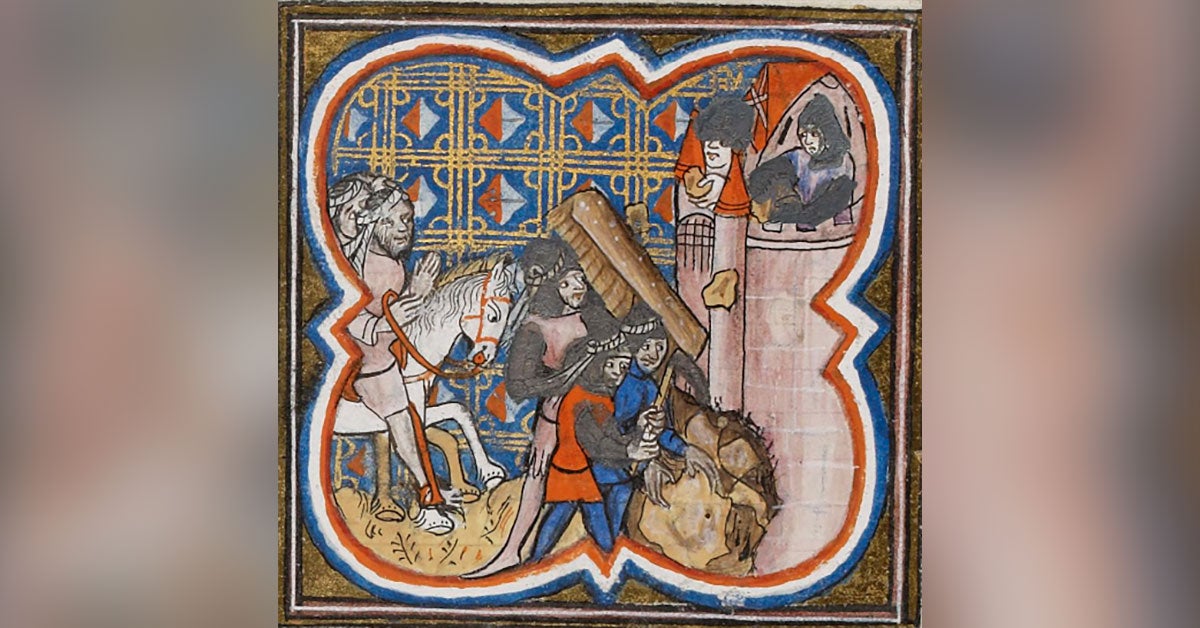 On May 18, 1291, Acre, the last Crusader stronghold in the Middle East, fell to the Muslim Mamluks, ending Crusader control of the Holy Land.

European Christian Crusaders had been reeling from Sala-a-din’s conquest of Jerusalem in 1187. The Third Crusade recaptured Acre (in modern-day Israel) for the next 100 years. But in that time, one by one, Crusader cities would fall to the Mamluk Sultanate.

Crusader cities in Caesarea, Haifa, Galilee, and Antioch sparked more Crusades from Europe, but they were largely ineffective. Latakia fell in 1278, Tripoli in 1289. Acre was surrounded.

The Crusaders hoped for either an army from Italy or an unlikely alliance with the Mongols. Neither materialized and the Mamluks laid siege to Acre on April 5, 1291. By May 18, Al-Ashraf Khalil’s 222,000-strong army entered the city and killed its Crusader defenders, ending the last Crusader control of the region.

The Siege of Acre, also known as the Fall of Acre, marked the end of further crusades to the Levant. With the fall of Acre, the Crusaders lost their last major stronghold of the Kingdom of Jerusalem, and by 1302 with the loss of Ruad, they were no longer control any part of the Holy Land.